ANGE POSTECOGLOU had a smart quickfire retort after being asked for his thoughts on Steven Gerrard’s side dropping two points in the 1-1 draw with Hearts at Ibrox.

The Celtic boss was still enjoying the afterglow of an impressive performance and a solid 2-0 victory over a determined Motherwell team at Fir Park for the club’s second successive away domestic win after almost eight months without success. 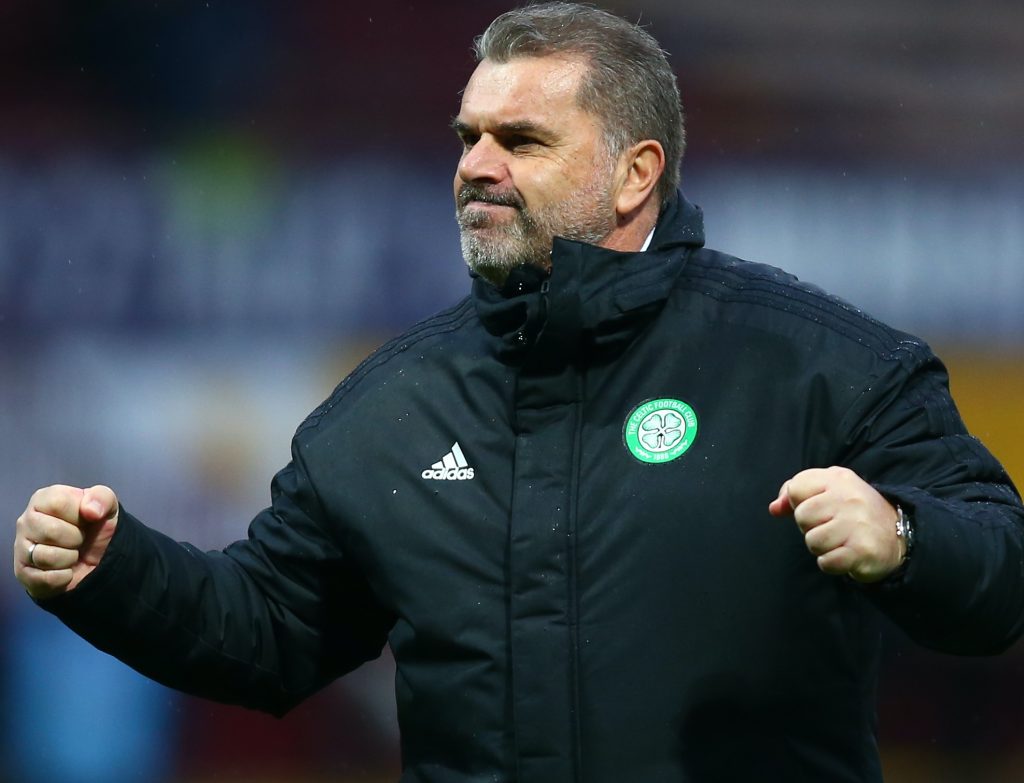 SMILES BETTER…Ange Postecoglou shows his delight after the 2-0 win at Motherwell.

The Greek-Australian gaffer saw his players add to the 2-1 triumph over Aberdeen at Pittodrie a fortnight ago when Filipe Jota lashed in the opening goal in the first-half and David Turnbull added a 25-yard screamer seven minutes after the turnaround.

Coupled with the Edinburgh side late leveller in Govan, it cuts the gap between the city neighbours to four points.

Quizzed if the league leaders dropping a couple of points was “icing on the cake” for his team, Postecoglou smiled: “Well, I thought the Premiership race was over, mate, so I’m not looking at the table any more.

“We are just kind of doing out own thing and it’s of zero significance for us.

YOU’RE IN MY HEART…Ange Postecoglou at full-time as another three points are clinched.

“I think what is more important to us is that we get some belief out of today. It’s one thing to get a victory here, but to control the game like we did today should give the boys some real belief.

“There are some big games starting on Tuesday, so I think that’s the main thing for us.

“We will just keep doing our own thing and see where we end up.”

Postecoglou, speaking to BBC Scotland Sport, added: “For us, and me, in particular, the turning point is we’re just more settled now.

“As you saw, we were able to put on three players (Giorgos Giakoumakis, Nir Bitton and Mikey Johnston) who can make an impact in the game. 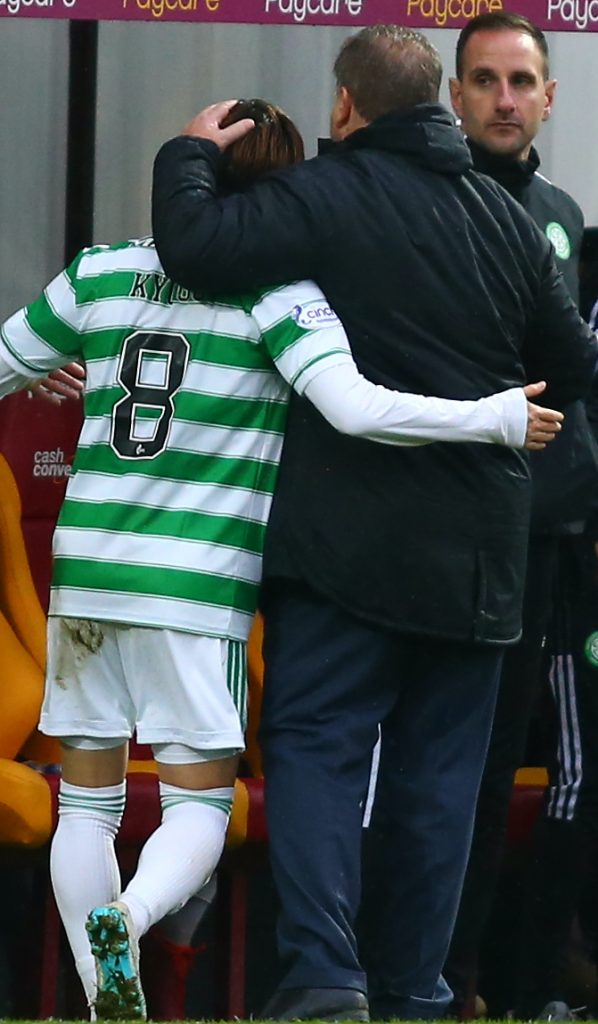 WELL DONE, MY BHOY…Ange Postecoglou greets Kyogo Furuhashi as he is substituted at Fir Park.

“We’ve still got players who are outside the squad who can make an impact.

“We’ve got some big tasks ahead of us, starting against Ferencvaros on Tuesday.

“But for us, it’s just a lot more settled and I think the players and myself are more comfortable with things.”