A YEAR ago today, Brendan Rodgers stunned football by quitting Celtic to take over at Leicester City.

A couple of days later, the Irishman opened up on the extraordinary turnaround that still has Hoops fans upset.

Here is how CQN reported the sensational events at the time.

BRENDAN RODGERS was remarkably frank when he held his first press conference since walking out on Celtic on Tuesday.

The Irishman quit the Hoops in a sudden departure to sign a three-year deal with mid-table Leicester City.

The bewildering timing of the split stunned and enraged the Parkhead faithful just 24 hours before a crucial Premiership meeting with Hearts at Tynecastle and four days ahead of a Scottish Cup quarter-final against Hibs at Easter Road.

Rodgers, 46, was within touching distance of making history with the treble treble looming.

Astoundingly, with two and a half years still to run on his contract with the champions, he decided it was the time to leave and take his backroom staff with him.

Rodgers, speaking to Daily Record, said: “If I was making the decision with my heart, I’d be at Celtic for life.

“I understand fans are hurting. 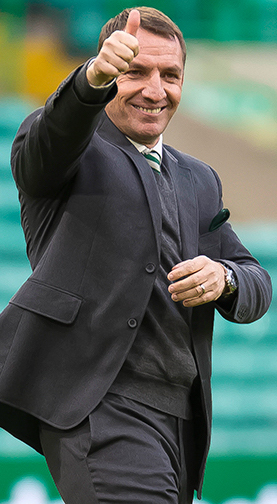 THE LAST GOODBYE…Brendan Rodgers gives the Celtic fans the thumbs up after the 4-1 win over Motherwell on Sunday.

“I was presented with an opportunity and my decision was that after three years at Celtic, it was time to move on.

“I’ve had opportunities to leave over those three years, but I felt this was too good to turn down.

“There’s real sadness because in my time in Scotland I’d made a whole host of friends.

“The players were amazing for me, I wish them every success.

“The staff and the supporters, from the first day I walked in they were incredible.”

Rodgers had claimed to have the “best job in the world”, managing his boyhood heroes during a spell in which he won all seven of the domestic trophies up for grabs.

However, the supporters, furious at his walk-out, hit out at the sharp disappearing act.

A banner was also unveiled at Tynecastle game which read: “You traded immortality for mediocrity. Never a Celt, always a fraud.”

Rodgers said: “Listen, I would have obviously seen some of what is said.

“Celtic supporters … I understand how they feel, they are hurting and a little bit worried about what is happening.

“But what also gave me the comfort to make the move is what we would put in place.

“John Kennedy understands the success we had and he now steps up and becomes assistant manager.” 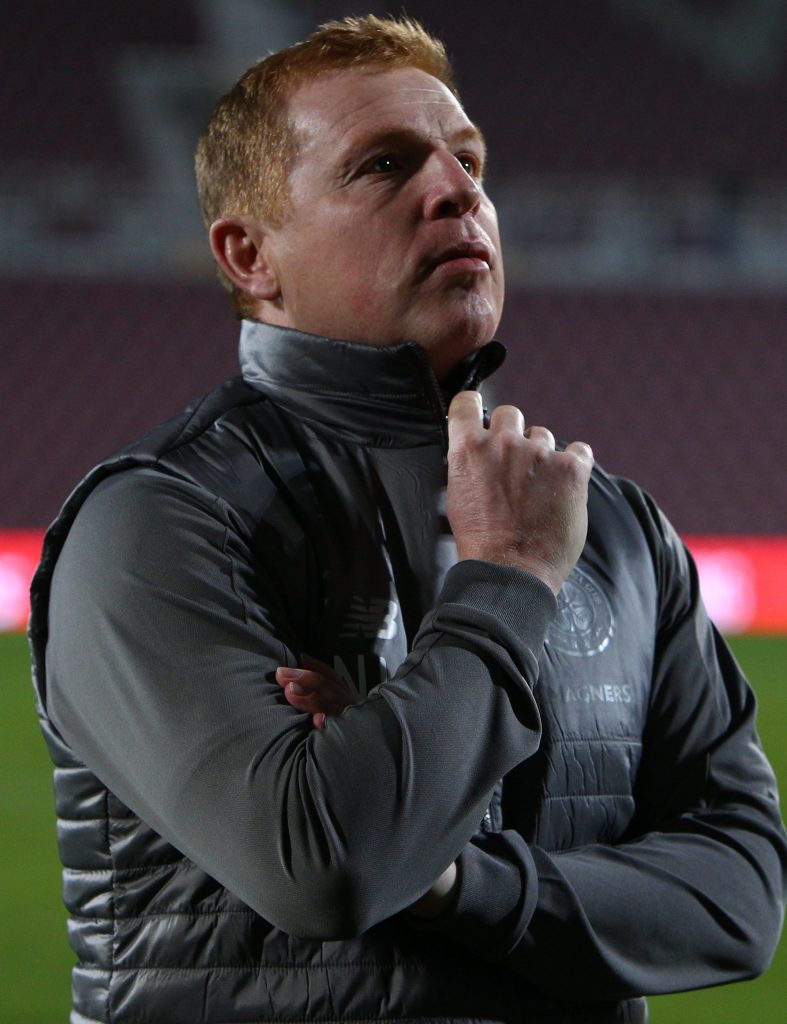 WELCOME BACK…Neil Lennon before the 2-1 success over Hearts at Tynecastle in midweek.

He added: “Words you always have to be careful with. I saw the banner. The Celtic supporters were hurting.

“This is a worldwide fanbase, an incredible support who gave me backing.

“It’s an incredible support, they gave me everything, so I’m not going to say anything.

“It was a shock and they are probably angry, but eventually there will be a reality sets in and, hopefully, the work we did there will be appreciated and it’s maybe a little unfair.

“I understand the timing issue, if there was a time then the ideal time would have been the summer.

“We were very focused coming back from the winter break. This was an opportunity that arose very quickly and I had a decision that I had to make very quickly.

“If you remove any emotion from that then I believe this opportunity it come to a club like Leicester wasn’t going to wait and I had to make that decision.

“People were hurt, but, hopefully, in time the measure of my success will be what I did on the field.

“No, it wouldn’t have waited until the summer. It was something the club (Leicester) had to make a decision in terms of where they were at and, of course, the intention was to bring someone in permanent.

“They spoke to Celtic and I was their only choice and it means I then have a decision to make, so it wouldn’t have waited.”

Former boss Neil Lennon answered the Celtic SOS and accepted the managerial role on an interim basis until the end of the season.

John Kennedy was announced as his assistant boss while Damien Duff stepped up from the reserves to become first team coach.

Lennon and Co experienced a whirlwind beginning, but still led the Hoops to a 2-1 win over Hearts where Odsonne Edouard hit the stoppage-time goal to get the new era off to a winning start.