Celtic Quick News on News Now
You are at:Home»Latest News»‘I WANT TO BE A ROCKET MAN – JUST LIKE NAKAMURA,’ KT
By CQN Magazine on 26th April 2018 Latest News

KIERAN TIERNEY would dearly love to copy his idol Shunsuke Nakamura and thunder in a pulverising long-range drive in a Glasgow derby.

Celtic’s Japanese playmaker fired in a breathtaking 30-yard effort against Rangers at Parkhead in an enthralling encounter in April 2008 that sticks in the mind of the Hoops left-back.

The Bhoys won 2-1 with an injury-time strike from Dutch ace Jan Vennegoor of Hesselink in a fiery confrontation that saw Gary Caldwell and Davie Weir sent off at the end.

Tierney came close to emulating his hero when he walloped in a 40-yarder that completely bamboozled Kilmarnock keeper Jamie MacDonald in the 5-0 League Cup win in August last year.

And KT admitted it would be a dream come true if he could deliver another special in Sunday’s title decider against Graeme Murty’s men in the east end of Glasgow. 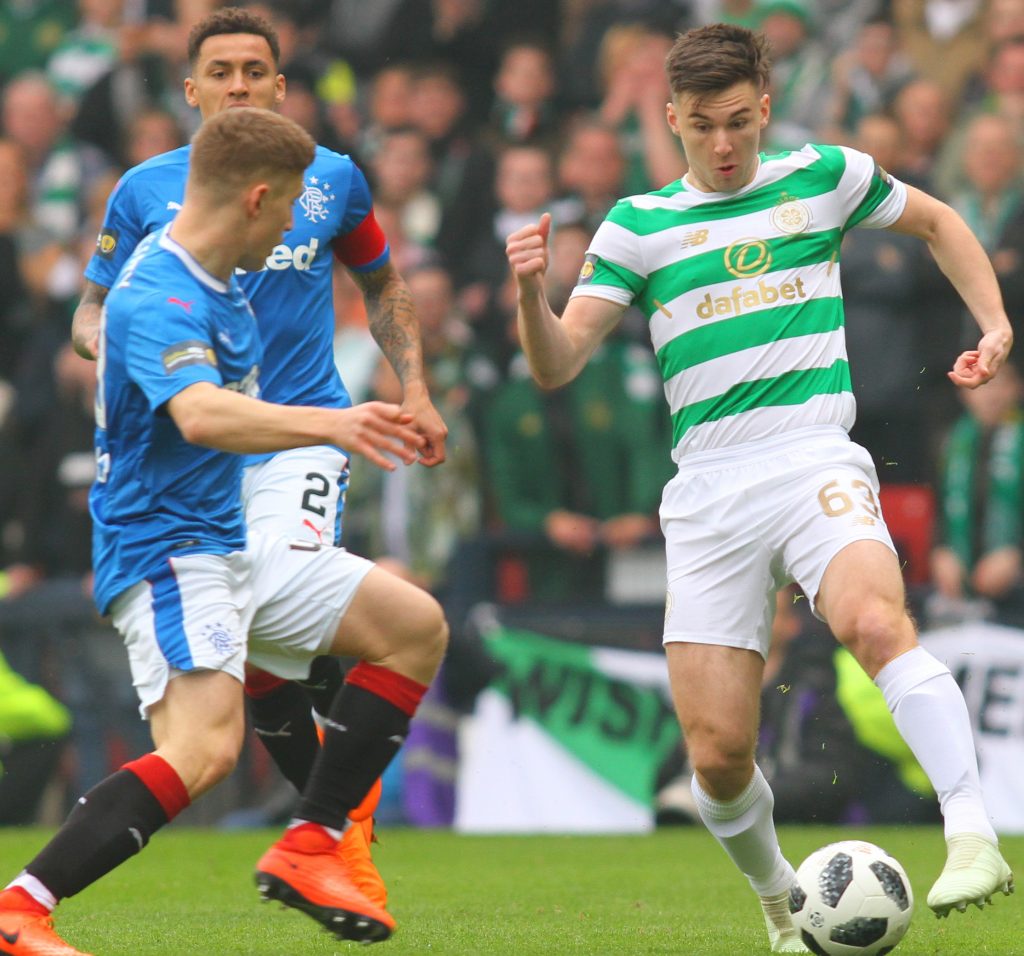 The Scotland international defender admitted: “My first Rangers game is a bit of a blur because I was so young.

“But I have great memories of Nakamura scoring that brilliant goal from about 30 yards.

“That effort was the kind of goal you try to score up the park when you’re small, but you don’t succeed.

“You could try it a thousand times – but a goal like that will never be repeated. It was such a big game, as well.”

Tierney added: “I just love scoring goals for Celtic and when I do I will celebrate the same against anybody.

“I just love the chance to celebrate with our fans. We can clinch the league in front of our own fans on Sunday and it would be brilliant to score.

”It’s a massive game – everybody knows that and we look forward to it.

“If we get the win we need in one of these last four games it’s seven in a row, as well. It’s doesn’t matter so much how we do it, just that we do.

“We want to do it as soon as possible and do it the Celtic way.

“In seasons down the line it’s not who you win the league against that goes in the history books it’s the fact you won it.”