Celtic Quick News on News Now
You are at:Home»Latest News»‘I WANT TO BE UP FOR THE CUP – AND FEEL IT ALL THIS TIME,’ KT
By CQN Magazine on 15th November 2017 Latest News

KIERAN TIERNEY revealed he didn’t feel too much when he lifted the Scottish Cup following the last-gasp 2-1 win over Aberdeen to complete the Invincibles’ silverware clean sweep in May.

The left-back was reacting to the anaesthetic he had been given in hospital after being taken off the pitch before half-time for emergency dental work following being hit on the jaw by Jayden Stockley’s elbow.

Tierney, in fact, was in the back of a taxi when Tom Rogic hit the stoppage-time trophy clincher and then staged a remarkable dash through the car park to take part in the celebrations.

The 20-year-old is back at Hampden a week on Sunday when Celtic face hometown club Motherwell in the defence of their Betfred League Cup Final – and this time the international defender would like to enjoy a more conventional celebration at the national stadium.

He said: “I honestly couldn’t feel much. I had just had an operation which meant an anesthetic.

“But I’ve watched the moment when I lift the Cup a few times and it’s brilliant. It felt like a fairy-tale for me getting up the stairs in time to do that.

“I literally just got back into the stadium, looked up and there were only a couple of people still waiting to lift the trophy.

“So, I just ran up the stairs. Everything happens for a reason in life. For me, to get back there on time was just brilliant.

“I had been running through the car park in my boots, so I got a bit of abuse from Aberdeen fans. But I was just so happy. I had heard on the radio we had scored in the last minute, so I was full of emotion.”

Tierney added: “It won’t be strange playing against Motherwell – even though it’s my hometown team. I’ve faced them plenty of times now through the youth levels and into the first team. It’s another game.

“I’m friends with Chris Cadden – I went to high school with him and I speak with him quite a lot. So, I know all the Motherwell fans and players are up for this in a big way. 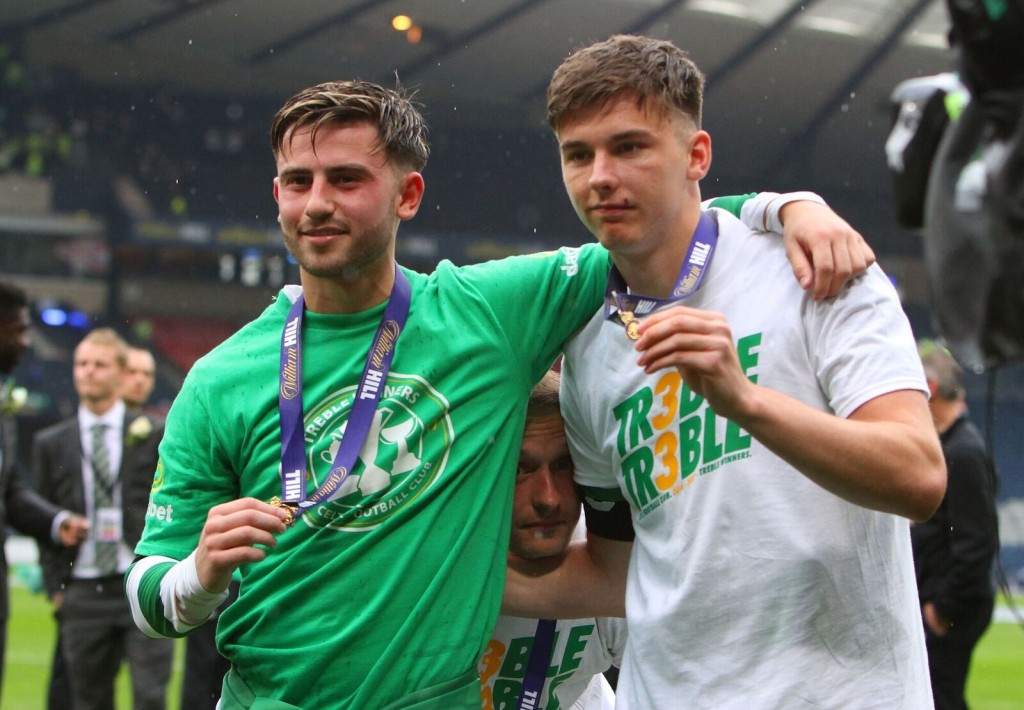 “It’s a Cup Final, so they’re bound to be. It’s a great achievement for them to get there, but they’ll now be looking to win it. They’re a very good team.

“They’ve shown that this season through many of the results they’ve got. They’ll be a very hard team to beat.”