Celtic Quick News on News Now
You are at:Home»Latest News»‘I WANT TO SAY FAREWELL IN STYLE,’ ROBERTS
By CQN Magazine on 16th May 2018 Latest News

The 21-year-old winger will return to Manchester City after the Scottish Cup Final against Motherwell at Hampden on Saturday and Scott Brown’s Testimonial 24 hours later.

Roberts, who cost the Etihad outfit £10million in 2015 when they signed him from Fulham, is eager to say farewell in style as Brendan Rodgers’ side have the opportunity to complete an unprecedented double treble.

The youngster said: “Yes, obviously I have been on loan and I will go back there when the Cup Final and the Scott Brown testimonial are over.

“It has been fantastic. I couldn’t have asked for any better.

“I came in January 2016 and played the back end of the season, scored a few goals and won the league, which was a good start. 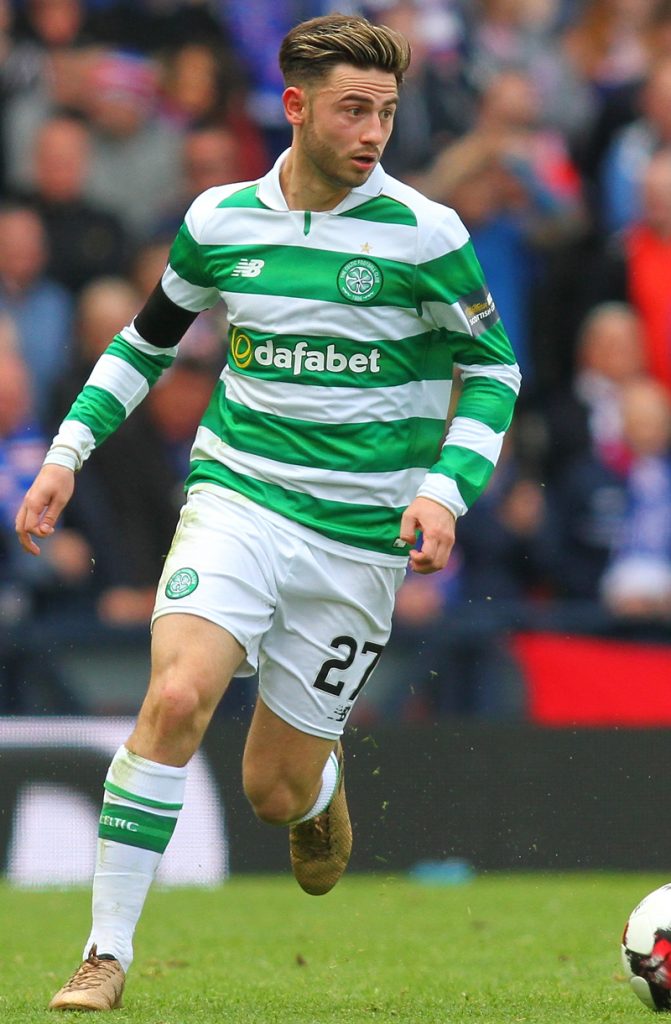 “Then the manager, Brendan Rodgers, came in to get the treble, and to carry it on has been incredible.

“Coming to an end at any club is hard, especially for how long I have been here with the support and love I have got from Celtic fans and I have for them.

“It will be tough, but that’s what happens in life, you move on and, hopefully, it can end on a high.

“That’s the aim. To get the double treble would be something. All the boys are looking forward to it, we are focused for it and that is the main aim for all of us, especially for me, in the last game, to end it with a positive result and a trophy.

“I know I haven’t played as much – which is down to injury – which is unfortunate, disappointing for myself. But for the team to kick on and continue their success from last season and put in the performances they have done, has been good.”

Roberts added: “I have grown as a person and a player.

“I didn’t play many games at Fulham or Manchester City. I have played nearly 80 games for Celtic, I have matured as a player, I have won trophies, played and scored in big games.

“I can take a lot and can come away from here having a successful time at a club – one I can cherish for the rest of my career.”