Celtic Quick News on News Now
You are at:Home»Latest News»‘I WANT TO STAY AT CELTIC’ (DESPITE THE CRISIS)
By CQN Magazine on 2nd November 2015 Latest News

JAMES FORREST is poised to pledge his future to Celtic and sign a new long-term contract.

The 24-year-old international winger has overcome a lengthy spell of injury frustration to play 18 games this season.

And Forrest secured the Hoops’ six-point lead at the top of the Premiership with the third goal in Saturday’s 3-1 win over Aberdeen.

He said: “Celtic are a great club, a big club. Everything you do every day is enjoyable and I want to stay here. A lot of the boys feel the same. 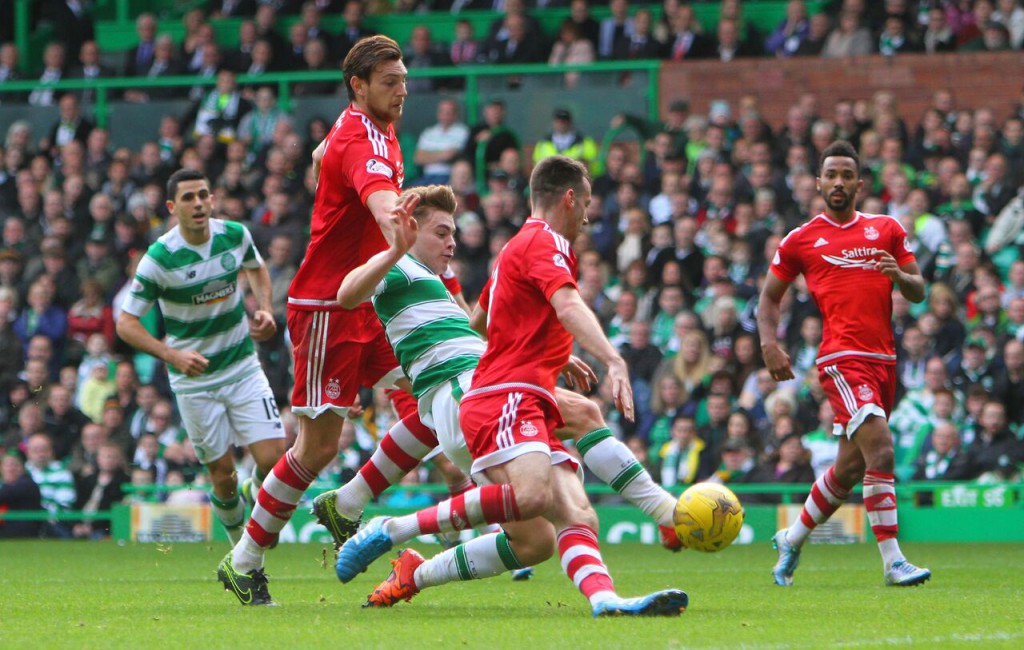 “I have a year and two months left on my contract and I am confident it can be sorted. As I say, it’s a big club and you don’t get much better than the European nights here.

“In the last year, I’ve kicked on and I want to keep doing that. I really want to play more games and enjoy these massive games in Europe. I love them with Celtic and, hopefully, with Scotland, too. I just want to keep going.

“Since pre-season, it’s been going really well and I just want it to continue.”

The Norwegians heaped pressure on Parkhead manager Ronny Deila with a 3-1 win which left Celtic bottom of the group a fortnight ago.

Victory in Glasgow would change things and, after 10 goals in three games against Dundee United, Hearts and Aberdeen since then, Forrest is convinced Celtic can do it.

He added: “We’ve had two really good performances in the Europa League. You could say we were unlucky not to win the first two games against Ajax and Fenerbahce which ended in 2-2 draws.

“And then had a bad performance in the third one against Molde. We are looking to rectify that on Thursday night.

“Over there, we started well and it was promising for the first 10 minutes. Then they scored the goal and when we came out, they hit us on the counter a couple of times.

“We will be wary of that on Thursday and we’ll need to be at it from the first minute.”

—————————————————————-
Meanwhile Brendan Sweeney’s master-piece CELTIC; THE EARLY YEARS is shipping all over the world as sales go through the roof.
It’s a book about your grandparents’ grandparents and will be read by your grandchildrens’ grandchildren.
As such it is the most important Celtic book in a generation. Every Celtic family should have a copy of this beautiful book. You can order from CQN HERE or click on the image below.