The Hoops boss has been scouring the market during this transfer window in his search for quality performers.

Stuart Armstrong has just undergone a hernia operation and Tom Rogic is likely to be ruled out until March through injury while Liam Hendesrson has joined Serie B outfit Bari.

That has accelerated Rodgers’ search for reinforcements in the team’s engine room. 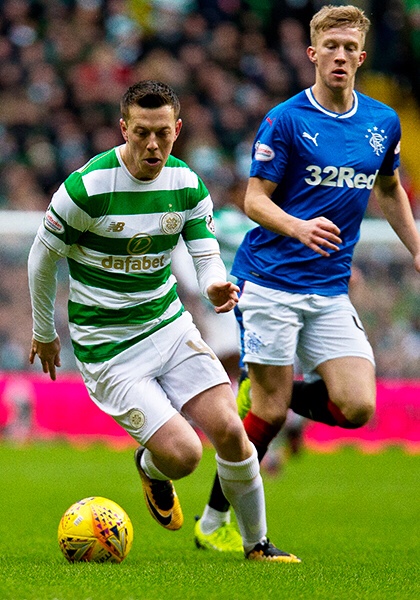 McGregor said: “I think every season I’ve been here they have signed a midfielder, either attacking or defensive.

“That’s just part of life of being at a big club. You have to keep going and keep proving yourself.

“I feel when the manager sets up his team, he likes a bit of everything in the middle.

“We have chipped in with goals and assists and it’s very much a team game.”

Following the much-needed three-week breather, a punishing schedule will now continue with a trip for face Partick Thistle at Firhill tomorrow night after the 5-0 Scottish Cup win over Brechin City at the weekend.

McGregor believes a run of 10 wins on the bounce on the back of last winter’s break is proof they can click back into gear.

The 24-year-old Scotland international plamaker said: “It was massive for us last year and that is the aim this time to kick on in the league and the Cup and try to put a run together.

“We’re used to two or three games a week. Now we are fresh and ready to go and enjoy the challenge.

“You could see throughout the team that freshness is back.”