Celtic Quick News on News Now
You are at:Home»Latest News»‘I WOULD LOVE FINAL SAY,’ AJER
By CQN Magazine on 3rd May 2018 Latest News

KRISTOFFER AJER wasn’t even in the country when Celtic completed the treble with the 2-1 Scottish Cup Final win over Aberdeen that brought down the curtain on the Invincibles’ season.

Now the 20-year-old Norwegian has been a mainstay in the Hoops rearguard this year and is likely to be in place as Brendan Rodgers’ men eye a historic back-to-back treble.

Ajer hopes to face Motherwell at Hampden a fortnight on Saturday and revealed: “Last year, I had gone home by the time the Scottish Cup Final was played.

“I spent the second half of the season at Kilmarnock and we had finished up for the summer a week earlier. I just watched the game at home.

“I was as pleased as anyone when Tom Rogic scored the winner, but, yeah, it would feel completely different if I was lucky enough to be playing in the Final this time. It would mean a lot to me.”

Ajer had his own fan club at Parkhead on Sunday as the champions celebrated their seventh successive title following the 5-0 romp over the unfortunate Graeme Murty’s Ibrox outfit. 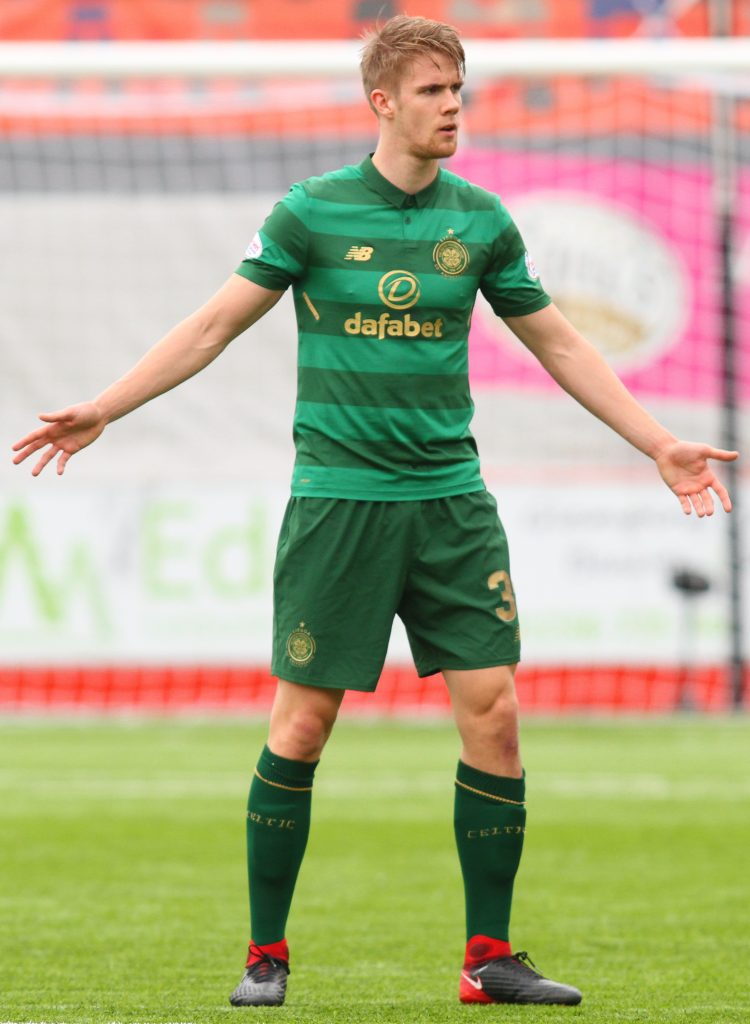 The 6ft 5in central defender took five small nieces and nephews onto the pitch for selfies as family members flew in to see just how far their uncle had progressed in the past five months.

He said: “Everyone was here and it meant a lot for them on the day we won the league.

“You play football for yourself, but also for your family and it was a big thing for me to share these memories with them. Hopefully, there are more to come for them and for me.”

Ajer will now turn his attention to Sunday’s game against Hearts at Tynecastle, the scene of the team’s first loss after going 69 games unbeaten in domestic football.

The champions collapsed to a shock 4-0 defeat in December and the defeat brought the axe for Jozo Simunovic and opened the door for the Norwegian.

He added: “There are three league games and then, of course, there is the Cup Final. Everyone wants to play in that, so I don’t think there will be too many volunteers wanting to drop out.

“There might be one or two carrying knocks who will benefit from a short break, but, for me, it is just about keeping going.

“I worked so hard to get into the team so I want to stay there!

“I will be as ready as I can be for every game. The gaffer picks the team and I want to play.”