Celtic Quick News on News Now
You are at:Home»Latest News»IBROX CRISIS! TWO WALK AWAY
By CQN Magazine on 2nd May 2018 Latest News

SEVCO RANGERS are in meltdown after the troubled Ibrox club confirmed directors Paul Murray and Barry Scott have quit their positions.

The announcement comes in the aftermath of a 5-0 hammering from Celtic at Parkhead on Sunday and the brutal sacking of caretaker boss Graeme Murty yesterday.

Murray joined the Ibrox board in March 2015 and was involved in ousting the previous regime as Dave King took charge.

The 54-year-old had been a close confidant of the chairman, but was understood to have grown increasingly disillusioned at the lack of success.

The news follows King’s court battles with the Takeover Panel, with the latest development being the regulators have taken further action to compel the South Africa-based businessman to make a £11million share offer which had been ordered by a judge.

Murray and King had been two of the three businessmen – the other being John Gilligan – who swept to power having ousted the despised board of Derek Llambias and Co. 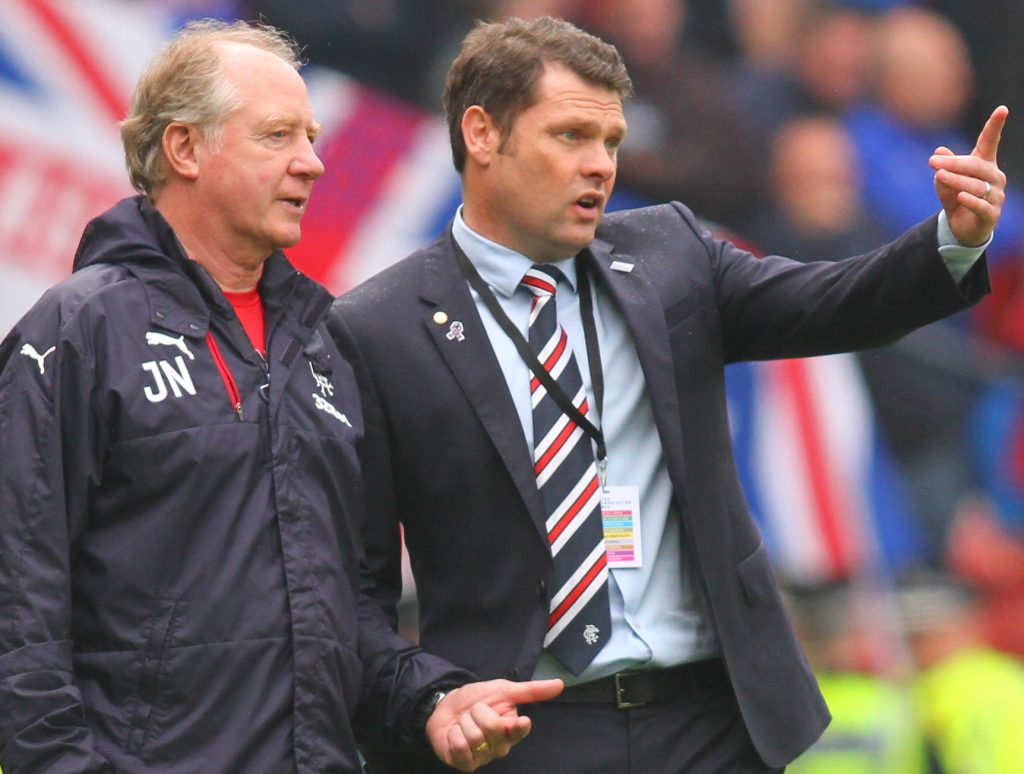 ON THE WAY OUT…Graeme Murty, sacked yesterday, with Jimmy Nicholl who will be in the dug-out against Kilmarnock at the weekend.

Gilligan, however, walked away from Ibrox in May last year, citing the reason of concentrating on his business, and family.

Scott, however, was only appointed on December 11, fewer than five months ago. The Hong-Kong based businessman had been part of a group which provided £6.5million in loans to the club.

“Paul has been a director since March 2015 and played an important role at that time in helping oust the previous board and restore the club to the hands of those who have its best interests at heart.

“Paul has served with distinction as a director since that time and all at Rangers are very grateful for his efforts. We look forward to welcoming him again as a supporter.

“Barry joined the board more recently and his enthusiasm and drive were welcome. The board knows it will continue to enjoy his support and appreciates the commitment he has shown to the club.