PREMIERSHIP clubs will hold urgent talks at 2pm today in a determined effort to sort out claims of SPFL corruption.

The emergency summit meeting has been called to discuss the so-called dossier of evidence – allegedly in possession of interim chairman Douglas Park and the Ibrox club – which has proof of wrongdoing by the soccer hierarchy.

All 12 top-flight clubs will be involved to thrash out the controversial situation following the vote to end the season early amid the lockdown due to the coronavirus pandemic. The ballot was thrown into confusion when Dundee missed the original 5pm Friday deadline last month.

It was alleged they were ready to vote against the resolution, but changed their minds five days later and went with the proposal that saw the three leagues outwith the Premiership brought to an early conclusion.

Now, with Celtic on the brink of being awarded their ninth successive title, there will a clear-the-air showdown this afternoon and top of the agenda will be the Ibrox club’s demand for an extraordinary general meeting of all four divisions to vote on an independent probe into claims of coercion and conspiracy around the SPFL ’s handling of the ballot. 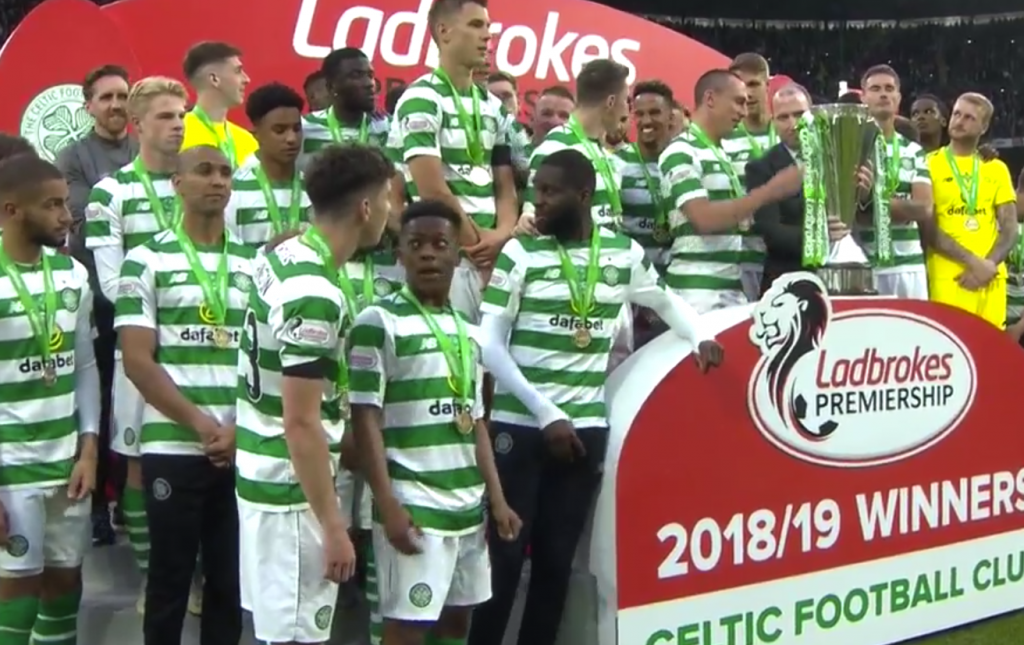 WAIT FOR IT…Celtic with last season’s title – now they’re on the brink of nine in a row.

According to a report in the Daily Record, the Govan outfit will face calls to hand over the dossier of “overwhelming evidence” which they claim to possess.

Park’s struggling club require at least eight of the 12 top teams to back their requisition – with eight Championship votes and another 15 from across League One and Two also needed.

But the numbers are heavily stacked against bankrolling a QC investigation, with only Hearts and Stranraer, who both face relegation, backing the proposal.

The clubs also hope to share information on how and when the game might be safely restarted and what social distancing measures would have to be put in place at training grounds as well as inside stadiums.

It is also anticipated clubs will debate whether or not to ask the SPFL to bring an end to the Premiership campaign.

That would see Scotland follow France – who handed Paris Saint-Germain the championship yesterday, as CQN reported – and make decisions to nominate their teams for next season’s European competitions.

The Hoops would take their place in the Champions League with the Ibrox side, Motherwell and Aberdeen going into the Europa League.