ALLY McCOIST admits he was forced to applaud a goal concerning two Celtic players – for the first time EVER.

The former Ibrox club’s manager and player made the revelation live on screen after watching Scotland’s crunch Euro Play-Off Final against Serbia in Belgrade last night.

Callum McGregor and Ryan Christie combined superbly seven minutes after the interval to conjure up the strike that looked like taking the Scots to their first major tournament since the World Cup Finals in France in 1998.

The TV pundit was clearly impressed by the Hoops double-act and, commenting on ITV, said: “Here’s the goal from Christie, who was superb. 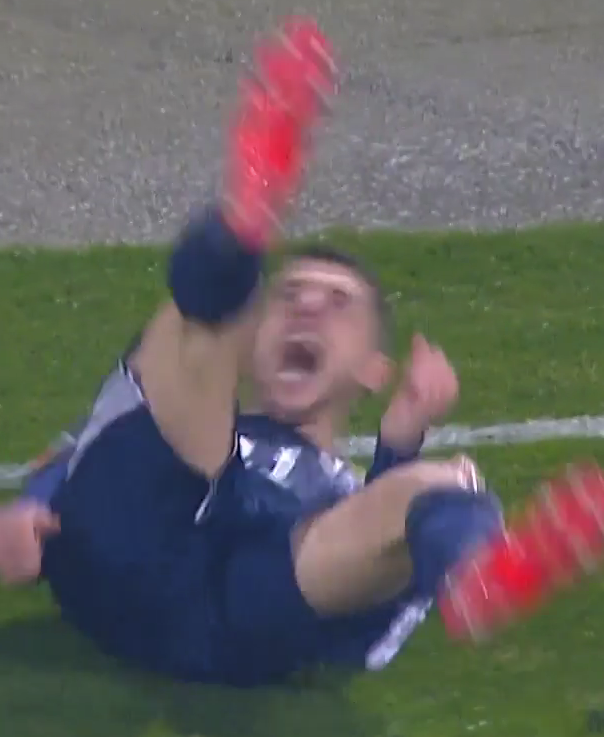 GOAL GLEE…Ryan Christie hits the deck as he celebrates his strike against Serbia.

“McGregor makes a brilliant run across the face of the goal and gives him (Christie) the half-yard to come back on to his left foot. I have got to say I haven’t cheered a goal from link-up play by two Celtic players as much in a long, long time.”

McCoist quickly corrected himself: “I mean ever. I don’t mean a long time, I mean EVER!”

The former Scotland international striker watched his nation’s crucial confrontation on a screen while he was at Wembley for England’s 3-0 win over the Republic of Ireland in the friendly.

He could be back at the stadium on Saturday June 18 when Steve Clarke’s men meet Gareth Southgate’s outfit in the second game in the Euro Group D schedule. The Scots face the Czech Republic at Hampden four days earlier and will round off the section with an encounter with Croatia in Glasgow on June 22.

Last night’s game in Belgrade ended 1-1 after extra-time, but keeper David Marshall made the all-important save from Aleksander Mitrovic in the penalty-kick shoot-out where all five Scots were successful – Leigh Griffiths, his Hoops team-mate McGregor, Scott McTominay, Oli McBurnie and Kenny McLean.