The midfielder taunted the Ibrox side by insisting his old club Hibs are the champions’ nearest challengers.

Graeme Murty’s men, still recovering from their 4-0 pasting in the Scottish Cup semi-final earlier this month, are second in the Premiership, but Brown reckons Neil Lennon’s Edinburgh outfit are the best of the rest.

When asked if the Ibrox side were the second strongest in the country, Brown snapped back his answer: “No. Hibs are.

“They came up from the Championship and have shown everyone how good they can be.

“They have a top-quality manager, a good young team. If they can keep that together who knows what they can do?

“They definitely have given us our toughest games this season. They play good football but are up for the battle.

“The two strikers are playing really well together, they understand how each other play.” 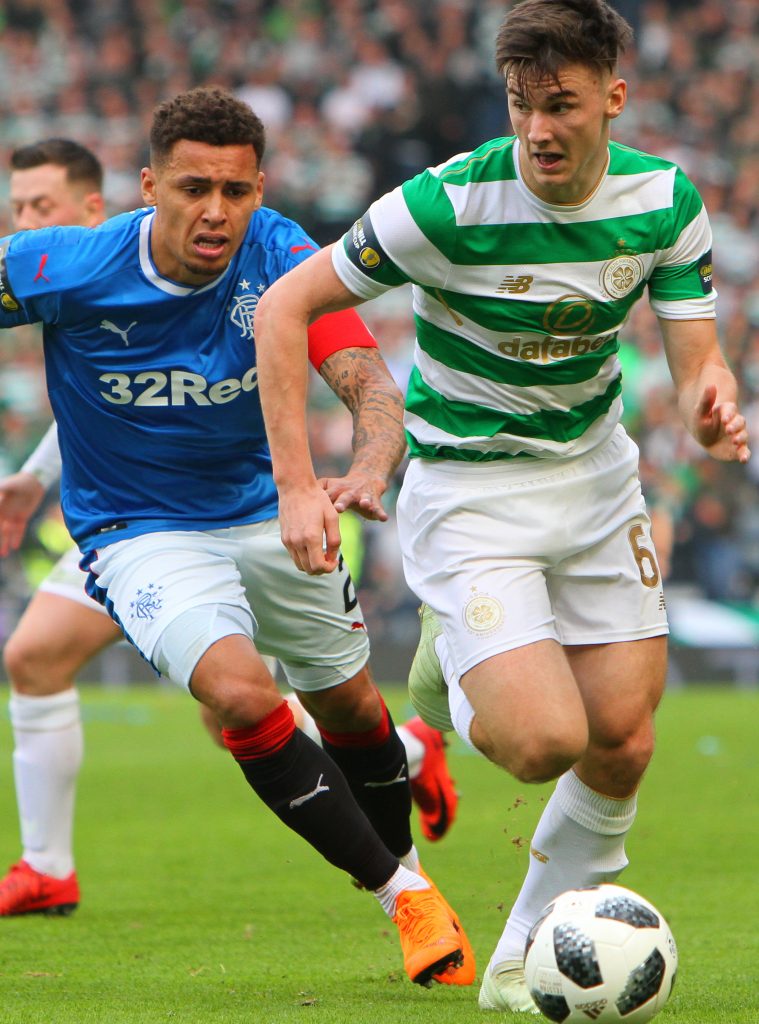 CATCH ME IF YOU CAN … Kieran Tierney races away from James Tavernier.

Brown looked forward to Sunday’s game at Parkhead where Brendan Rodgers’s team can clinch their seventh successive title and said: “It’s always all about Celtic.

“If we turn up, we play, we reach our best, we beat Rangers – no problem.

”They will have a point to prove, especially with the semi-final result and everything that has been happening since.

“They will want to come after us and try to put us under pressure.

“But we have top-quality players who can cope and play through it.”