Celtic Quick News on News Now
You are at:Home»Latest News»IBROX SHOWDOWN: ALL YOU NEED TO KNOW
By CQN Magazine on 12th May 2019 Latest News

* ODSONNE EDOUARD has been directly involved in six goals – four strikes and two assists – in five appearances in Glasgow league derbies. He thumped in the opener as Neil Lennon’s men won 2-1 in March and set up the late winner for James Forrest. The French ace also scored on his debut against the Ibrox men when he came on as a substitute to claim the points-clincher in a 3-2 triumph in March last year. Jozo Simunovic was red-carded with more than half-an-hour to play.

* CELTIC have won nine of the last 12 Glasgow derbies in the Premiership, drawing two and losing one.

* STEVEN GERRARD’S team will be looking to earn back-to-back home league wins over Celtic for the first time since March 2012 after beating them 1-0 in December.

* SINCE losing at Ibrox, the Hoops have remained unbeaten in 16 league games, winning 13 and drawing three, scoring 29 goals and conceding just three.

* CELTIC have picked up 19 points from a possible 21 in their last seven league away games, winning six and drawing one. Scott Bain has conceded just one goal during that run. 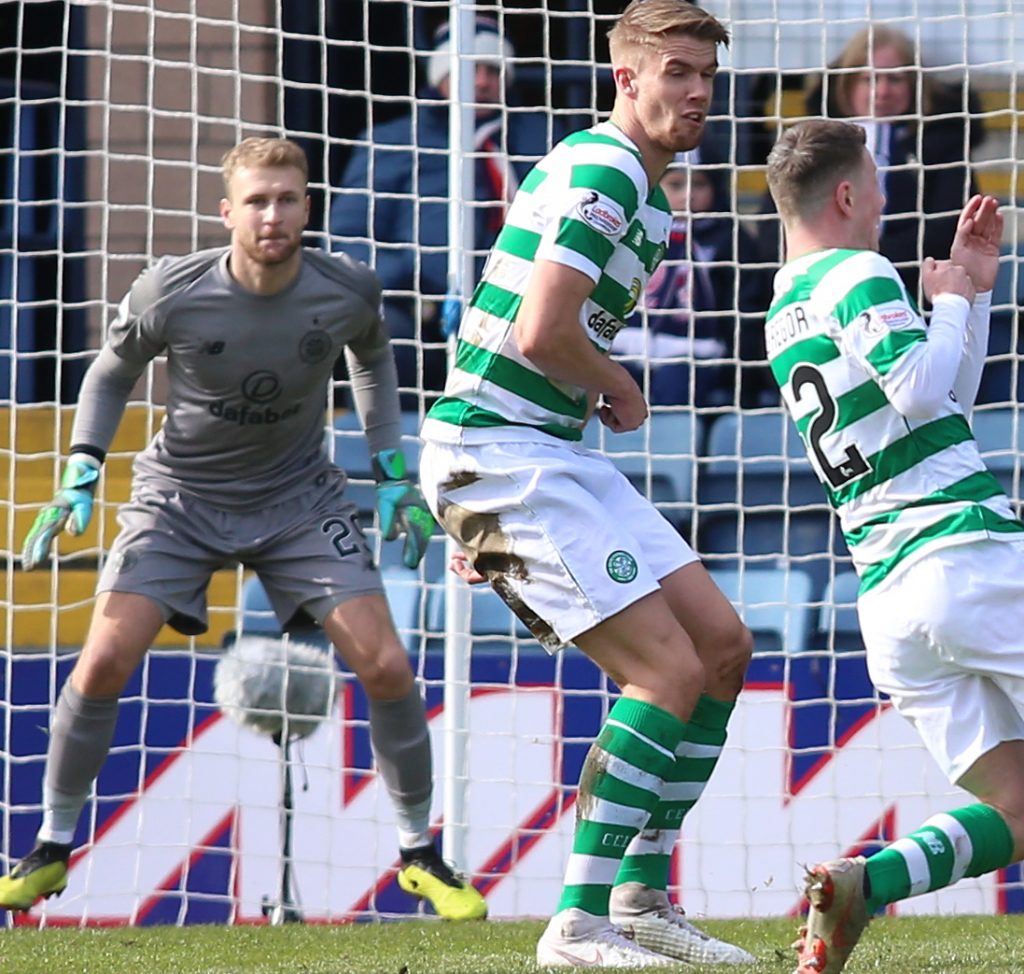 EYES ON THE PRIZE…Scott Bain is alert as Kristoffer Ajer and Callum McGregor perform their defensive duties.

* OLIVIER NTCHAM scored the only goal of the game in September in an encounter when the champions struck woodwork four times through the Frenchman, Forrest, Mikael Lustig and Leigh Griffiths.

* ALFREDO MORELOS has faced Celtic seven times – and has failed to register a solitary goal. He was red-carded in his side’s 2-1 loss at Parkhead in March for elbowing Scott Brown in the face.

* ALLAN McGREGOR is banned from today’s game after being red-carded for kicking Hibs’ Marc McNulty a week ago.