A BEAMING Reo Hatate agrees with manager Ange Postecoglou that the best is yet to come from the Japanese new Bhoy.

The midfielder has had a sensational start to his Celtic career after arriving along with countrymen Daizen Maeda and Yosuke Ideguchi in a daring triple J-League Hogmanay swoop.

Reo put in a Man-of-the-Match performance on his debut in the 2-0 win over Hibs in front of an appreciative audience at Parkhead and he followed that up with a breathtaking strike to open the scoring in the 2-1 victory over Hearts at Tynecastle the following week. 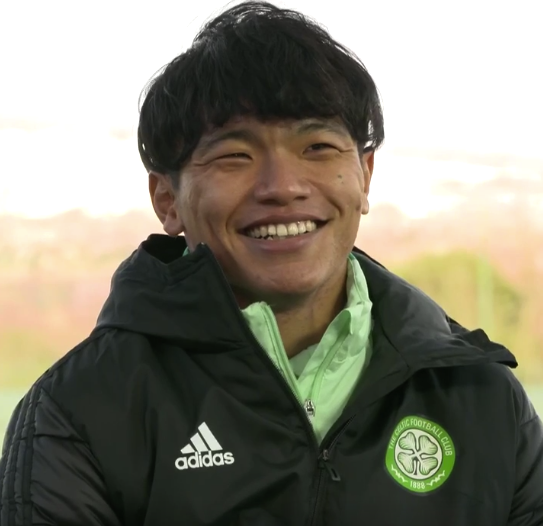 LAUGHING BHOY…Reo Hatate is clearly happy with life in Scotland since his Hogmanay arrival from Japan.

And the 24-year-old classy middle-of-the-park performer took the spotlight in front of 60,000 fans in the east end of Glasgow and millions worldwide on satellite TV when he claimed two fabulous efforts in the 3-0 romp over Giovanni van Bronckhorst’s shell-shocked Ibrox side four days ago.

And, for good measure, Reo set up the third goal for Liel Abada just before the interval that left the visitors on their knees.

Postecoglou claimed the newcomer will get better once he gets fitter and the Japan international acknowledged the words of the man who paid a bargain £1.7million for him to take him to Scotland.

Reo smiled: “If the manager says so, then I’m sure I can achieve more, too.

“Either way, I will always aim to play and give my all in every game that I play.” 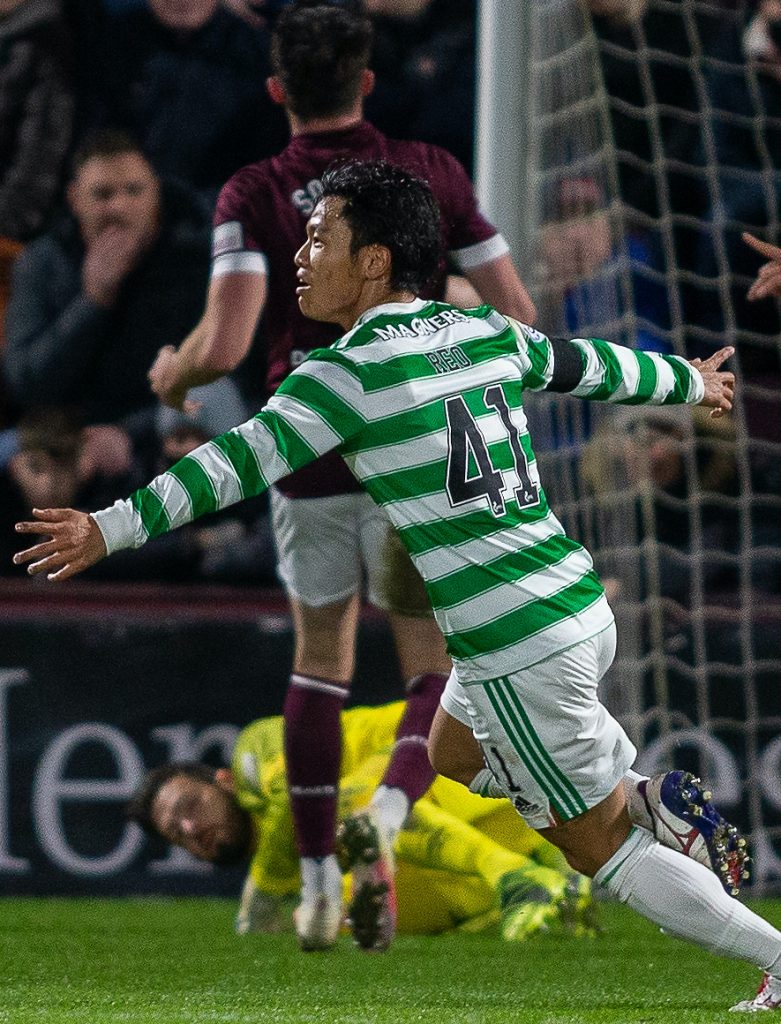 Asked about the experience of playing in his first derby encounter, he answered: “I don’t think you need to necessarily compare this feeling to anything else, but being able to experience something entirely new will no doubt help further progress my football career. It was a wonderful experience.

“Of course, I’m very happy, but I’m more pleased that I managed to live up to the expectations of both the manager and the team. It made me feel that I was already part of the team.”

Asked about his whirlwind start, Reo, speaking to Sky Sports, added: “No doubt, it has been a better start than I expected.

“However, none of this would have been possible without the support from the manager, staff and team-mates.

“So, I would like to express my gratitude to everyone involved with this football club.”

* DON’T miss the unbeatable match report and the best in action images from Motherwell v Celtic this afternoon – only in your champion CQN.