Celtic Quick News on News Now
You are at:Home»Latest News»IGNORE CLICK BAIT, GRIFFITHS NOT INTERESTED IN A MOVE
By CQN Magazine on 13th June 2017 Latest News

WHY Celtic supporters read those click bait sites is something of a mystery. Leigh Griffiths scored two outstanding goals against England at the weekend and immediately there were links that various Premier League clubs were poised to sign the Celtic striker.

These were then quickly followed by stories telling is that clubs such as West Brom and Newcastle should avoid signing the Scotland striker because he simply wouldn’t be good enough for their sides. This wisdom was being brought to you by 2 or 3 tweets by supporters of these clubs.

Yet these stories get traction within the Celtic online community. 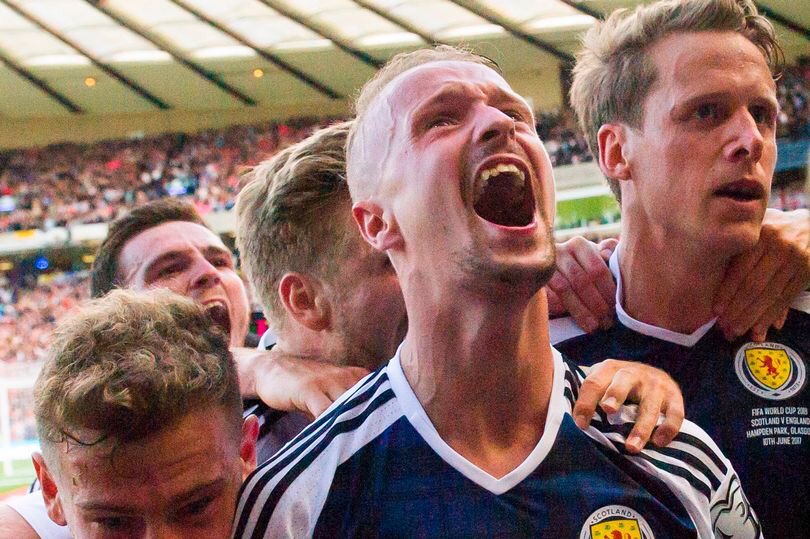 Griffiths, who has scored 59 goals in the last two terms, is also looking forward to the future at the six-in-a-row champions.
There is no doubt that Leigh’s two spectacular free-kick strikes for Scotland in Saturday’s 2-2 draw with England  were impressive.
But did they really bring immediately so-called interest from the top flight across the border. None of these clubs were aware of Leigh Griffiths before the game? Or maybe the Premier League clubs have files on all of the Celtic players, or is that something that only Southampton does?
What’s Leigh saying about being linked to West Brom and not being good enough for Newcastle?
“I have got a great manager behind me. He sees me day in and day out. That’s why he has stuck with me,” the Celtic striker stated.

“He was frustrated when I was injured, but I got a run of games towards the end of the season.

“Even then, people say I am going to be out the door.

“I’ll keep battering the doors down to show I am good enough to stay in the Celtic squad.”

FATHER’S DAY SPECIAL – ALL BOOKS ONLY £10, MANY SIGNED BY CELTIC LEGENDS! ORDER TODAY FOR SPEEDY DELIVERY FOR FATHER’S DAY THIS SUNDAY! – www.cqnbookstore.com