Celtic Quick News on News Now
You are at:Home»Latest News»‘I’LL BE BETTER FOR DONS EXPERIENCE,’ CHRISTIE
By CQN Magazine on 4th May 2018 Latest News

RYAN CHRISTIE has two games to play for Aberdeen before he returns to Celtic following his season-long loan.

The stylish midfield playmaker will face Hibs tomorrow and Sevco Rangers on Tuesday night, both at Pittodrie, before saying farewell to the Dons.

He can’t play against his parent club at Parkhead a week on Sunday before he resumes his Hoops career.

Christie, 23, said: “Looking forward, I will be reporting for Celtic for pre-season and we’ll take it from there, but, most importantly for me right now, I’m desperate to help this club finish second.

“A lot of people have been asking me what my future holds, but it’s hard to look past the end of the season.

“It would be such a great way to end my time at Aberdeen if we can steal second.

“It comes down to these two games and I need to do as much as I can to help the club.” 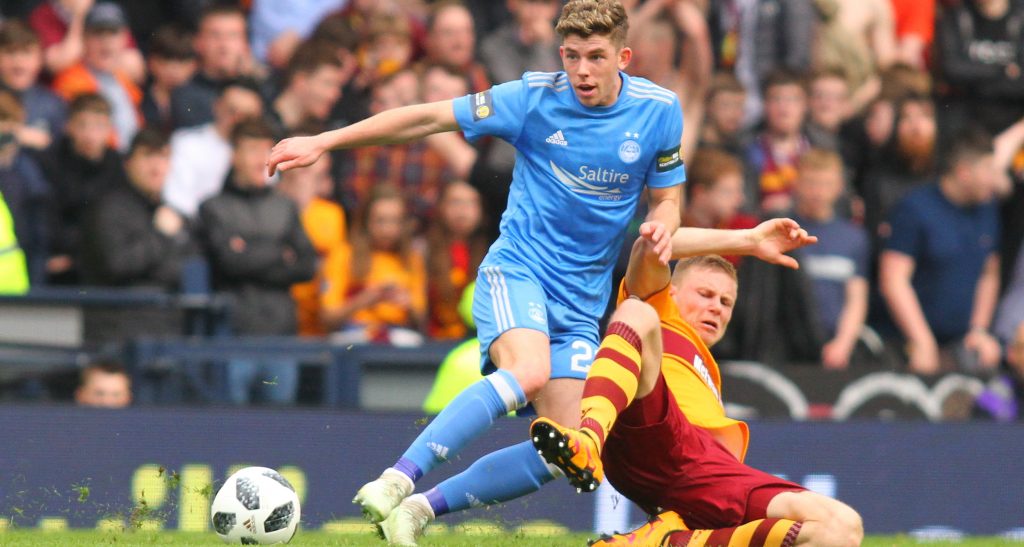 Christie added: “I will definitely miss my time up in Aberdeen.

“It’s brilliant that the two games I’ve got left are probably the two biggest games of our season, so I’m really looking forward to them.”

Christie, who has made only 12 appearances for Celtic since Ronny Deila signed him from Inverness Caley Thistle in a £500,000 deal in September 2015, added: “This season, for the first time in my career, I have been lucky enough to play almost every game.

“When I went to Celtic I was just a young boy used to playing in front of 3,000 and then you go to Parkhead and are expected to dominate every team.

“The learning curve has mostly been coming to a big team like Aberdeen with a great following and still having that pressure of basically having to win every week.

“That’s just one of the many things that has made me a better player and, hopefully, I can bring back to Celtic.”