CALLUM McGREGOR believes Celtic will be on their way to becoming History Bhoys when they face Sevco Rangers in the Scottish Cup semi-final at Hampden on Sunday.

The smooth midfielder is convinced Brendan Rodgers’ team can emulate last season when he scored in the 2-0 win over the same opponents at the same stage of the competition.

Graeme Murty’s men stand between the Hoops and an appearance against either Aberdeen or Motherwell in the grand finale next month – and the opportunity to seal an unprecedented double treble.

McGregor said: “This will be the biggest game of the season. Obviously, we’ve had a lot of huge matches, but with a semi-final you want to progress.

“It’s a big moment to see if we can win, get to another Final and then try to go further than that. These games at Hampden are always important and help define our season. 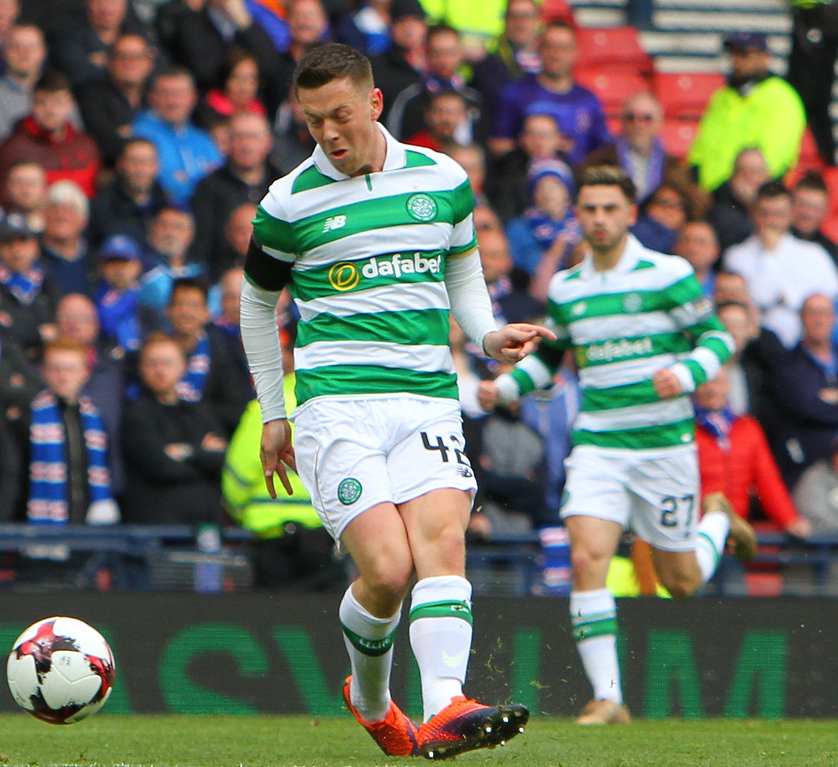 Since Rodgers’ arrival in May 2016, Celtic have played the Ibrox side nine times, winning seven and drawing two. Last month, they emerged victorious with 10 men following Jozo Simunovic’s red card with more than half-an-hour to play.

A spectacular strike from substitute Odsonne Edouard gave the visitors a well-deserved 3-2 triumph and another three points in their inevitable surge towards their seventh successive Premiership title.

Scotland international playmaker McGregor added: “They’ll be looking to get one over on us, but our hunger to win is there in every moment of every game.

“It’ll be a good spectacle for the fans as well in terms of Rangers (sic) feeling they need to come after us and try and to get a result.

“They scored a couple of goals last time and I think they’ll try and model that again in terms of attacking and trying to be aggressive. It’s up to us to defend properly and counter-attack well.”

* McGregor was speaking to The Celtic View, on sale now.