RYAN CHRISTIE has revealed he is far from satisfied with his achievements at Celtic so far.

And the midfielder is determined to prove himself all over again to boss Neil Lennon in the new campaign.

Christie, who signed a three-year extension last season, became a key man in the first team after his magnificent display as a second-half replacement for Olivier Ntcham in the 3-0 League Cup semi-final triumph over Hearts at Murrayfield in October.

The 24-year-old Highlander then went on to score the matchwinner in the Final of the tournament against Aberdeen at Hampden on December 2.

However, his season came to a brutal end after he suffered multiple facial injuries after a shocking mid-air assault from defender Dom Ball in the Hoops 3-0 Scottish Cup semi-final win over an out-of-control Dons side in April.

Christie, speaking to the Scottish Sun, admitted he is taking nothing for granted as he gears up for another challenging season at Parkhead.

He said: “You can’t ever rest on your laurels or look back on what you’ve done the season before.

“You’ve got to kick on — and that’s what I will  be looking to do. I’m certainly not happy with  where I am just now. 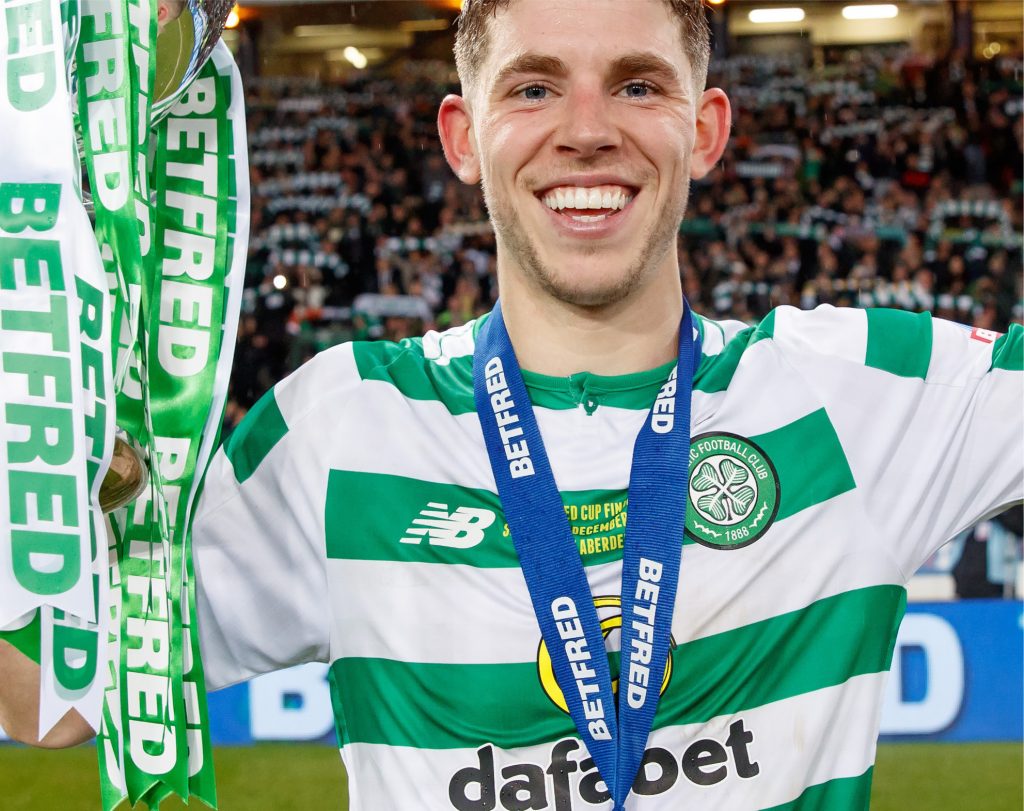 “I want to improve on all my stats — such as my scoring record — from last season.

“I won’t be resting on that campaign, I want to make an even bigger impact this year.

“Overall, I was delighted to come in and make an impression.

“I’ve been working hard over the last couple of seasons, even when I was on loan to Aberdeen.

“I was trying to get my scoring record up and I managed to do that last season.

“Hopefully, this year I can do that again with a close season under my belt.”

Christie, who scored 11 goals in 38 games, added: “It was pretty up and down for me at times last season.

“But now having had the chance to look back on it over the summer, realising where I was at the start of last season, I would have taken those injuries to kick on the way I did at Celtic.

“Hopefully, now I’ll kick on again. At the start of the season I didn’t think I would make the impact I did leading up to Christmas.

“I was very frustrated to be missing out on the big games at the end of the season.

“The injuries were worth it for the progress I made, and now I feel fresh and ready to kick on again this season.”