Celtic Quick News on News Now
You are at:Home»Football Matters»‘I’M DESPERATE TO WIN THIS CUP’ GARY MACKAY-STEVEN
By CQN Magazine on 26th October 2015 Football Matters
GARY MACKAY-STEVEN admitted it was “crazy” missing out on a League Cup Final appearance last season.
The winger and Stuart Armstrong helped Dundee United overcome Aberdeen in the semi-final to book a Hampden spot against Celtic.
But, of course, both were then signed by Ronny Deila in a joint £2million swoop on the last day of the January transfer window and had to sit out the Hoops’ 2-0 victory in the Final after being Cup-tied with the Tannadice side.
Now Mackay-Steven is determined to get his hands on his first-ever medal in the tournament and is looking forward to Wednesday night’s quarter-final meeting with Hearts at Tynecastle. 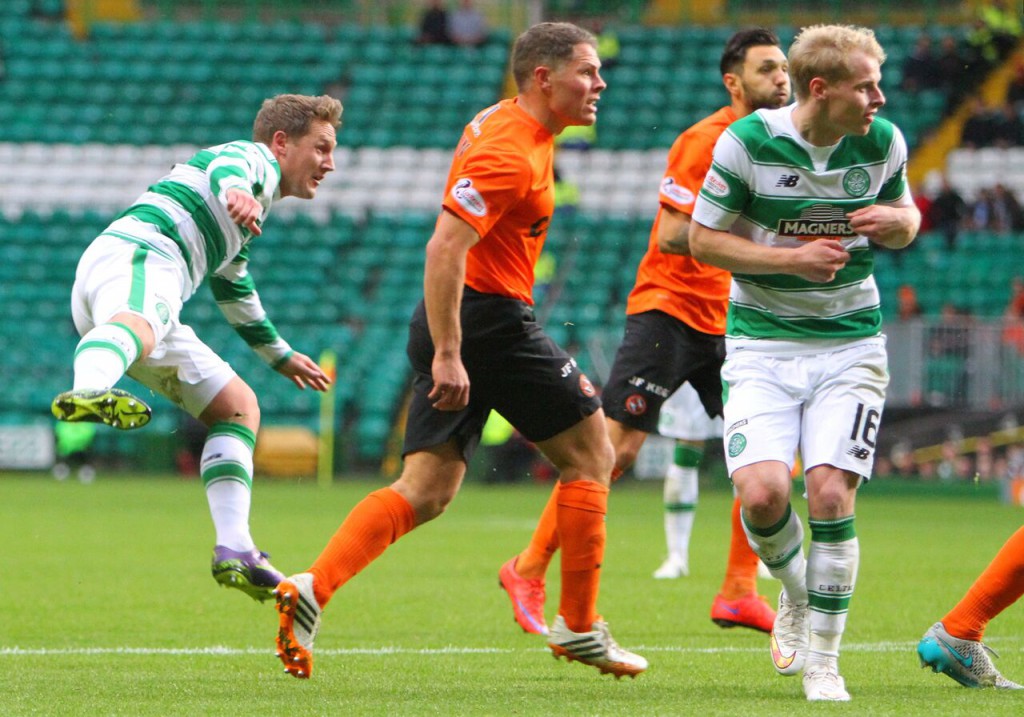 He said: “Trophies are what every player wants to win and I’m desperate to win this Cup. It’s a massive thing for me.

“We’ve got a big tie to look forward to against Hearts, but we’re one game away from playing at Hampden and that’s a special feeling.

“It’s always a big event when we’re at the latter stages of competitions playing in the national stadium. It makes it that it more special and it’s nice for the fans to come to Hampden and support us, which they’ve always done for the club.

“It’s a big opportunity for us and one that we’ll be looking to take.

“I played in the semi-final last year for Dundee United when we beat Aberdeen 2-1 and I always had the feeling we were going to be in the Final. It was crazy how it worked out, though.

“This year I definitely have the chance to ultimately get to the Final, be involved and be part of that, so I’m looking to take advantage of that.

“If we play to our maximum then we’re confident we can reach Hampden.”