GREG TAYLOR has admitted he has no intention of being the ‘new Kieran Tierney’.

The left-back joined Celtic from Kilmarnock on the September 1 transfer deadline day from Kilmarnock in a £2.25million switch last year shortly after the fans’ favourite had moved to Arsenal in a £25million record-breaking deal the previous month.

Taylor accepted it was always going to be a massive task trying to take over from his Scotland international team-mate at the champions.

The 22-year-old pacy, attack-minded defender also realised comparisons would be made between himself and Tierney, but revealed he can only concentrate at being the best he can be in his efforts to remain in the first team.

Tyalor, speaking to the Glasgow Times, said: “Kieran was a top, top player for the club and still is that at Arsenal.

“He’s a great lad and I was with him in the last Scotland squad and got on really well with him. But it’s for other people to make comparisons.

“It’s not something I do myself. I’ve never claimed to be Kieran Tierney, I’m Greg Taylor and that’s all I can be each week. Hopefully, that’s enough to continue to play each game for the gaffer.

“There are big expectations on every player at the club and I’m no different. It’s just one of those things. I’m fine with it.

“I just have to do enough in training and games and aim to constantly get better. If I’m selected, then it’s about giving my all and trying to help deliver clean sheets and assists.” 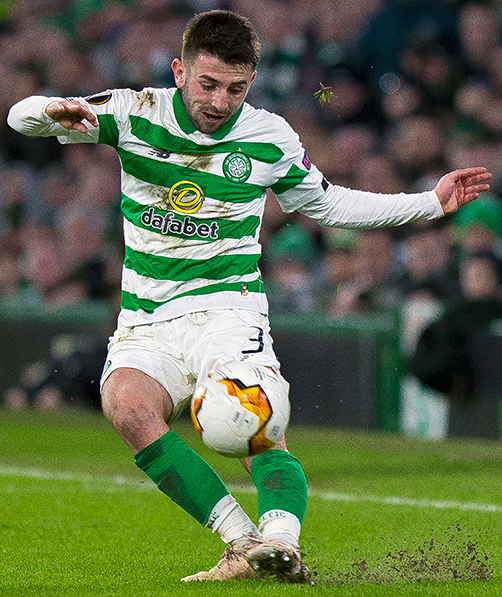 Taylor is poised to play in tonight’s Europa League third qualifier against FC Riga in Latvia while he is aware his manager is looking elsewhere for reinforcements for the No.3 position since blunder Bhoy Boli Bolingoli moved on a temporary season-long deal to Turkey.

He added: “It’s not a problem for me. That is the life of a player at a big club. There’s going to be competition everywhere.

“Boli’s gone on loan, so there’s a vacancy there. It’s understandable the manager’s looking to bring someone else in.

“It’s competition and that drives every player on. It’s something that we love having in the squad.

“I just keep my focus on what I’ve got to do. There’s competition everywhere in this squad.

“You just aim to do enough that makes sure the manager selects you for the next game.

“There’s always pressure on you, but I don’t have a problem with that. I’m at a massive club and you have to expect that. But it pushes me on.”