SCOTT SINCLAIR has kept Celtic fans in the picture to inform them he is “ready” for action.

The 30-year-old left-sided attacker has dropped down Neil Lennon’s pecking order this season and has yet to start a competitive game.

Sinclair, who is out of contract in the summer, has made five appearances from the substitutes’ bench and has claimed two goals – against FK Sarajevo in the 3-1 Champions League qualifying win in Bosnia in July and another in the 5-0 Betfred League Cup quarter-final victory over Championship side Partick Thistle in September. 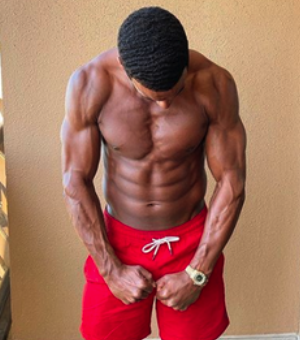 The Englishman, who cost £4.5million when he arrived from Aston Villa in August 2016, has taken to social media to show supporters he is ready for first-team football.

The former Chelsea, Swansea and Manchester City winger published a photo on his Instagram account showing him flexing his muscles.

Alongside the image, Sinclair added the comment: “No matter what the situation, I’m focused and ready!”

Lennon has said there could be a place in his plans, especially with a hectic nine-game in 28 days next month before the winter break.

Injuries to Mohamed Elyounoussi and Mikey Johnston may also open the door to Sinclair who collected 61 goals in his first three years at the Hoops.