Celtic Quick News on News Now
You are at:Home»Football Matters»‘I’M FOCUSED ON CELTIC,’ BLACKETT
By CQN Magazine on 31st August 2015 Football Matters
NEW Bhoy Tyler Blackett insists his focus will be on Celtic and not Manchester United during his season-long loan spell.
The England Under-21 defender, who has two years years left on his Old Trafford contract, said: “United are my club, but right now I’m focused on doing a job for Celtic.
“I want to do my best. To play games every week is something I’m trying to do and, hopefully, I’ll get that here.”

Blackett spoke to United manager Louis van Gaal before leaving, but he is not thinking about what the future might hold for him at Old Tafford. 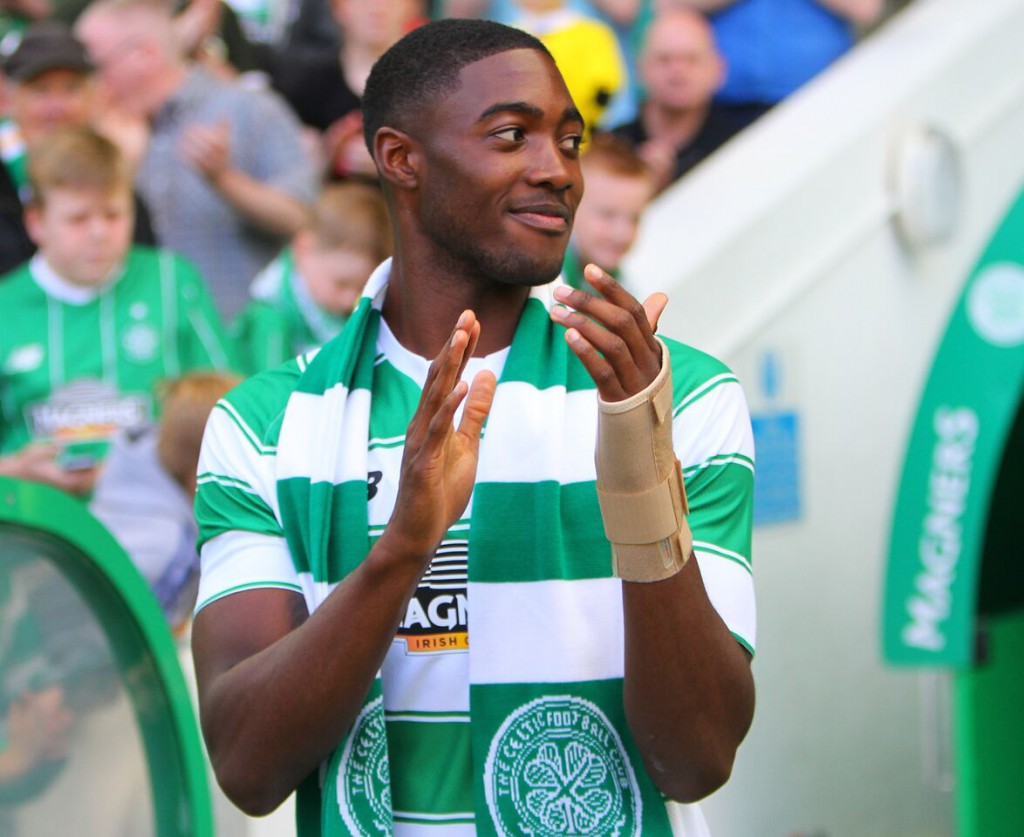 The versatile back-four operator, who can play centre-half and left-back, revealed: “He said it would be good for me, good experience and to get the games that I couldn’t get at United right now.

“It will be good for my development. Competitive football at such a good club like Celtic is a plus.”
Meanwhile Celtic’s Europa League rivals Ajax are bracing themselves for a last-minute Manchester United bid for keeper Jasper Cillessen.
Old Trafford boss Luis van Gaal is on the look-out for a new No.1 with David de Gea refusing to sign a contract extension.
The Spaniard hasn’t played this season and has been continually linked with a move to Real Madrid.
Van Gaal has promoted Argentine Sergio Romero to the top side, but the free transfer signing from Sampdoria was heavily criticised for the second goal in Swansea’s 2-1 win on Sunday.
Now the United chief has again focused on Cillessen, who was his first choice for the Dutch international team during the 2014 World Cup Finals in Brazil.
The shotstopper is rated in the £20million bracket by the Amsterdam outfit, but that is unlikely to deter Van Gaal.
However, Ajax’s Director of Football Marc Overmars today insisted there had been no official approach for the 26-year-old goalie.
He said: “I have heard nothing from Manchester United.”
The Dutch giants would not welcome an eleventh hour bid by Van Gaal as they prepare for their opening Euro tie against Ronny Deila’s men in Amsterdam on September 17.
———————————————————————-
*We have a limited number of SIGNED copies of Caesar & The Assassin remaining and these are available at a discounted price. You can order direct from CQN by clicking HERE or by clicking on the photograph below…