BOLI BOLINGOLI played his 13th game for Celtic at Hamilton this afternoon – and emerged with a Man of the Match accolade following the champions’ 1-0 victory.

The Belgian left-back, bought for £3million from Rapid Vienna in June, got off to a difficult start with the Hoops as he replaced Kieran Tierney.

Neil Lennon added to his defensive cover with the £2.25million arrival of Greg Taylor from Kilmarnock on deadline day, but Bolingoli, on this sort of form, will take some shifting.

Beaming Bolingoli, speaking to BT Sport, said: “I think I am getting better every game and I am getting a lot of confidence in the team.

“Hopefully, it can continue like this. Like I said, I am getting better and better and it’s because the team are playing very well.” 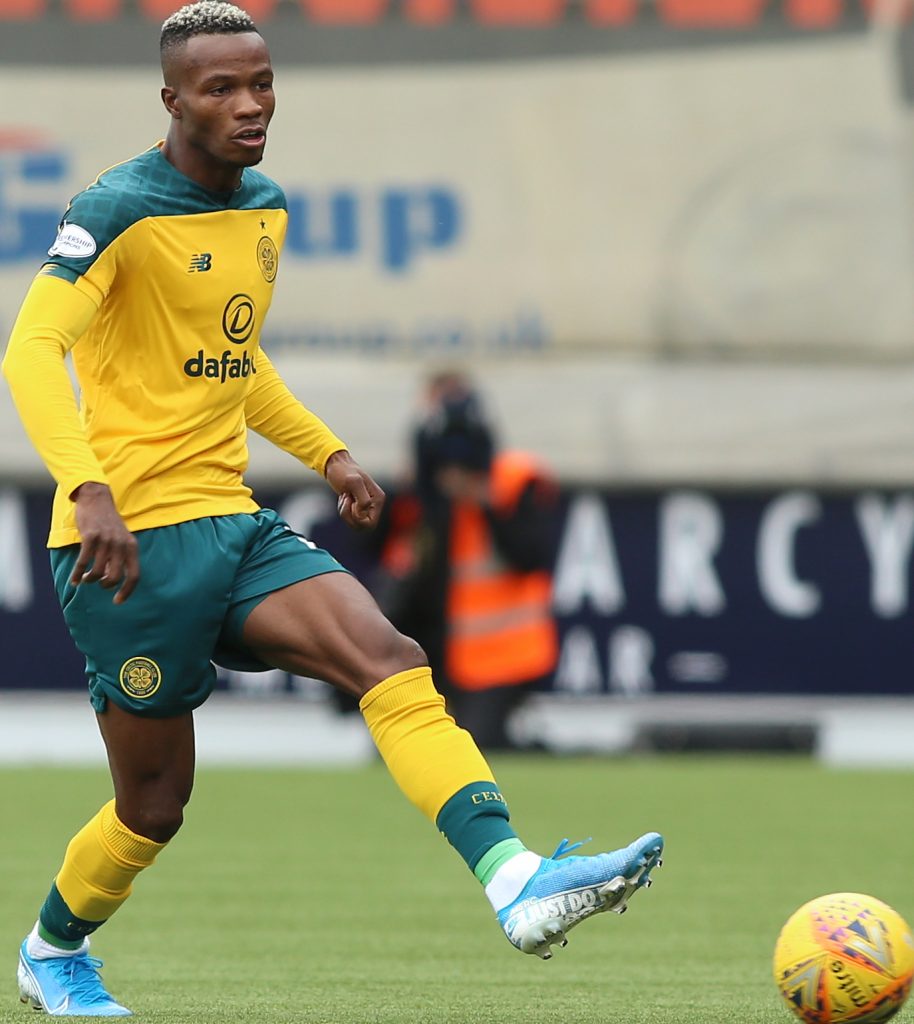 Bolingoli is now looking forward to the trip to France for Europa League group stage opener against Rennes on Thursday evening.

He added: “We want to give everything and have a good campaign in Europe and with this squad we can go very far.”

Bolingoli shredded the right side of the Accies rearguard with his rampaging on the wing throughout the game and boss Lennon now has the happy problem of who will be his first pick for the remainder of the season in the No.3 position.

The Hoops gaffer will also have been delighted with the display from Israeli Hatem Abd Elhamed on the right with his forceful forays into attack at every opportunity.

There was good news, too, with the comeback of Tom Rogic as a substitute for the tiring debutant Mohamed Elyounoussi in the 67th minute.

Thankfully, the Aussie survived some touch tackling from the Accies and Alex Gogic was booked for a foul on the player who was making his first appearance since the 2-1 win over Hearts in the Scottish Cup Final on May 25.

He could even be in contention for a place against Rennes next week.