Celtic Quick News on News Now
You are at:Home»Latest News»‘I’M GETTING THERE,’ McCARTHY VOW TO FANS
By CQN Magazine on 16th August 2021 Latest News

JAMES McCARTHY has reassured the Celtic fans he is getting to the match fitness levels demanded by Ange Postecoglou.

The 30-year-old midfielder made his debut as a second-half substitute as the Hoops beat Hearts 3-2 to book a quarter-final spot in the League Cup against Championship side Raith Rovers, conquerors of Scott Brown’s Aberdeen, at Parkhead next month.

McCarthy came on in the 74th minute for the excellent Tom Rogic with the team 3-1 ahead with goals from Odsonne Edouard, Stephen Welsh and Kyogo Furuhashi. A stoppage-time effort from Aaron McEneff made the scoreline look just a shade misleading with the visitors claiming strikes with their only two shots on target.

The Republic of Ireland international arrived at his boyhood favourites a fortnight ago after leaving Crystal Palace at the end of the season and is now edging towards the required standards set down by the manager. 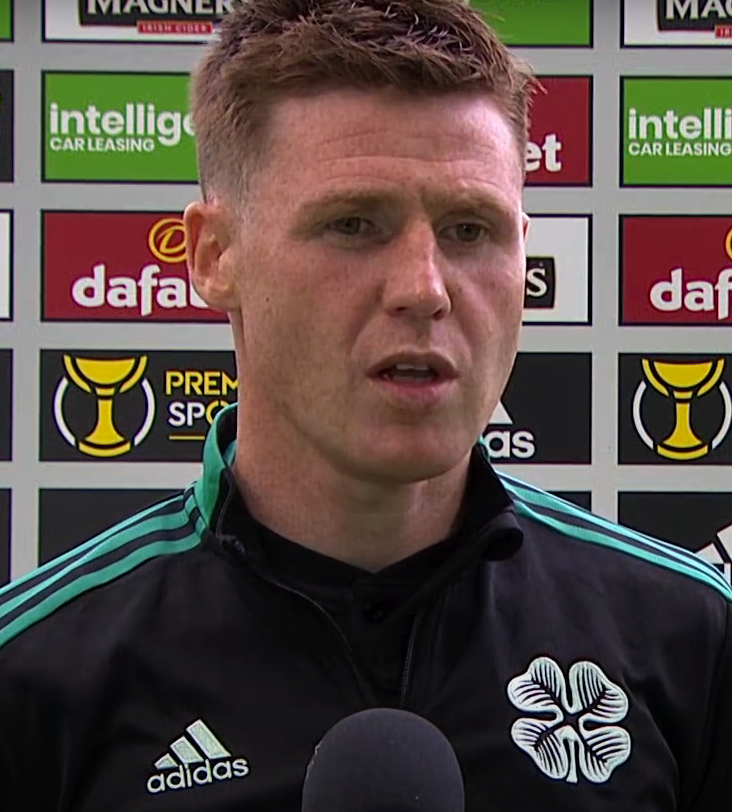 The stylish anchorman believes he is not far away as he catches up to his team-mates on the training ground – and he could play a part in the upcoming Europa League play-off final against AZ Alkmaar with the first leg due in Glasgow on Wednesday night.

McCarthy said: “The most important thing was getting through to the next round of the Cup – and we’ve done that.

“Obviously, it was nice to get some minutes for myself, with me not doing pre-season with all of the lads, so I’m still doing a wee bit of catch-up, but I’m getting there now.

“I’m definitely not far away and, as I said, the most important thing now is that we are through to the next round of the Cup and we are looking forward to the next challenge during the week.”

Reflecting on his summer move, McCarthy, speaking to the Celtic website, added: “It’s a dream come true. I’ve said that from when I joined the club, it’s been a massive thing for me and the family.

“I’ve always wanted to play for Celtic. Coming out and the reception I got, it’s one you dream of as a kid and I’m delighted to be a part of it now, as I need to make sure the hard work continues.”