Celtic Quick News on News Now
You are at:Home»Latest News»‘I’M HAPPY AT HOOPS,’ BOYATA
By CQN Magazine on 17th May 2018 Latest News

DEDRYCK BOYATA has admitted he wants to stay at Celtic.

The Belgian international defender has entered talks over a contract extension and insisted he is happy at the champions.

Boyata, who is likely to be in his usual central defensive position against Motherwell in Saturday’s Scottish Cup Final, will move into the final year of his deal in the summer after his move from Manchester City in 2015.

The 27-year-old could have an opportunity to put himself into the transfer shop window during the World Cup Finals in Russia if he’s picked on Monday for the Belgian squad.

Scott Bain and Kris Ajer have signed deals in the past week and Boyata said: “I am in talks with the club and I have said it before that I am happy here.

“Right now, nothing is done and it’s not like I can actually say what is going to be done.

“I don’t want to say yes and then nothing happens later, but everything is just so positive.

“I am having a great time.” 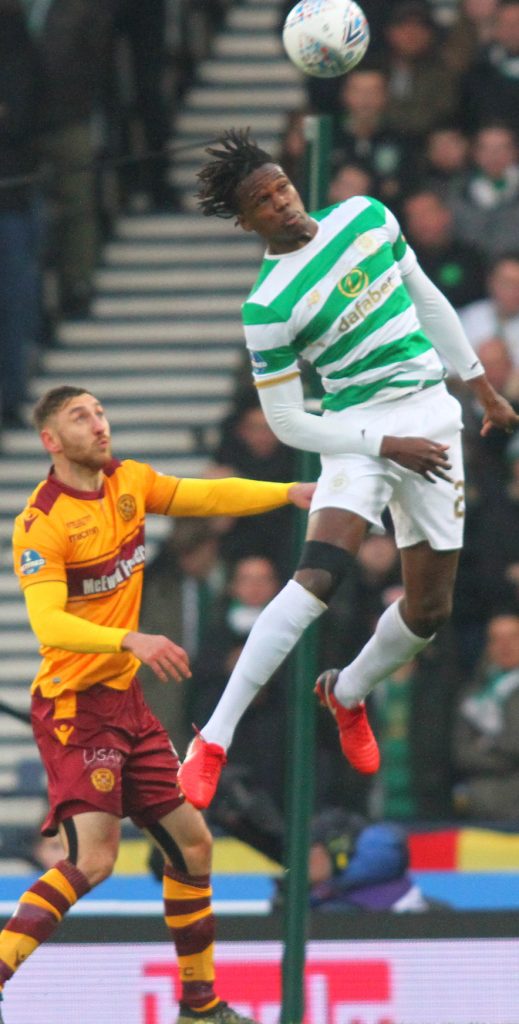 Boyata, looking ahead to facing Well at Hampden, added: “They have that reputation of being a physical team. So we know we have to go for a battle and we have to go and get it.

“We can’t just play, we know it’s a Final and anything can happen.

“We will be playing for the history, but for Motherwell it is as big a chance for them, so you never know what can happen.