Celtic Quick News on News Now
You are at:Home»Latest News»‘I’M NOT SURE I’M SORT OF WORTHY OF THE ADULATION,’ ADMITS ANGE
By CQN Magazine on 7th December 2021 Latest News

ANGE POSTECOGLOU was the picture of happiness as he proudly held aloft a Celtic scarf following his side’s 3-0 win over Dundee United at Tannadice on Sunday.

The 56-year-old manager shared the joy with the travelling support as he accepted the plaudits following a job well done by his team with an overwhelmingly dominant display topped off with goals from Tom Rogic, David Turnbull and Liam Scales.

Postecoglou arrived at Parkhead in June as something of an unknown commodity, despite his success at international level with Australia.

However, the Hoops supporters have now taken the ambitious gaffer to their hearts as they witness his entertaining, attacking methods put into practice on most match days. 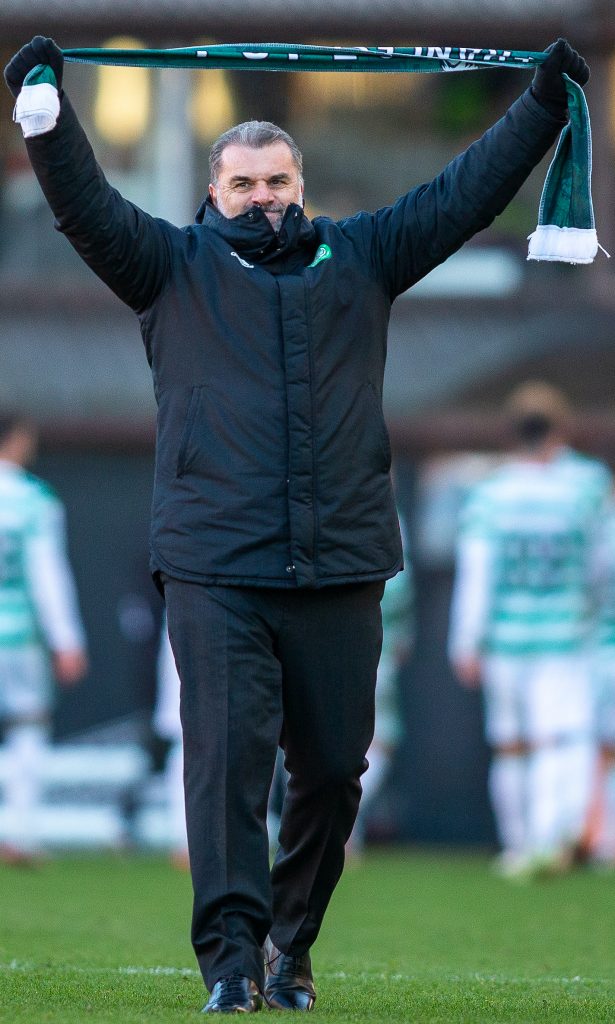 FLYING THE FLAG AND DISPLAYING THE SCARF…a delighted Ange Postecoglou at Tannadice.

The Greek-Australian will have the opportunity to lift his first piece of silverware when he leads his side into the Premier Sports League Cup Final against Hibs at Hampden a week on Sunday.

There has already been a connection between the affable coach and the Celtic fans, as demonstrated again on Tayside at the weekend.

Postecoglou said: “It’s just about me showing my gratitude for their support.

“I’ve said from day one, I’m not sure I’m sort of worthy of the adulation or the support I’m getting, because I’ve yet to achieve what I want to.

“But I can’t dismiss the fact they are right behind me, not just me, but the whole team.” 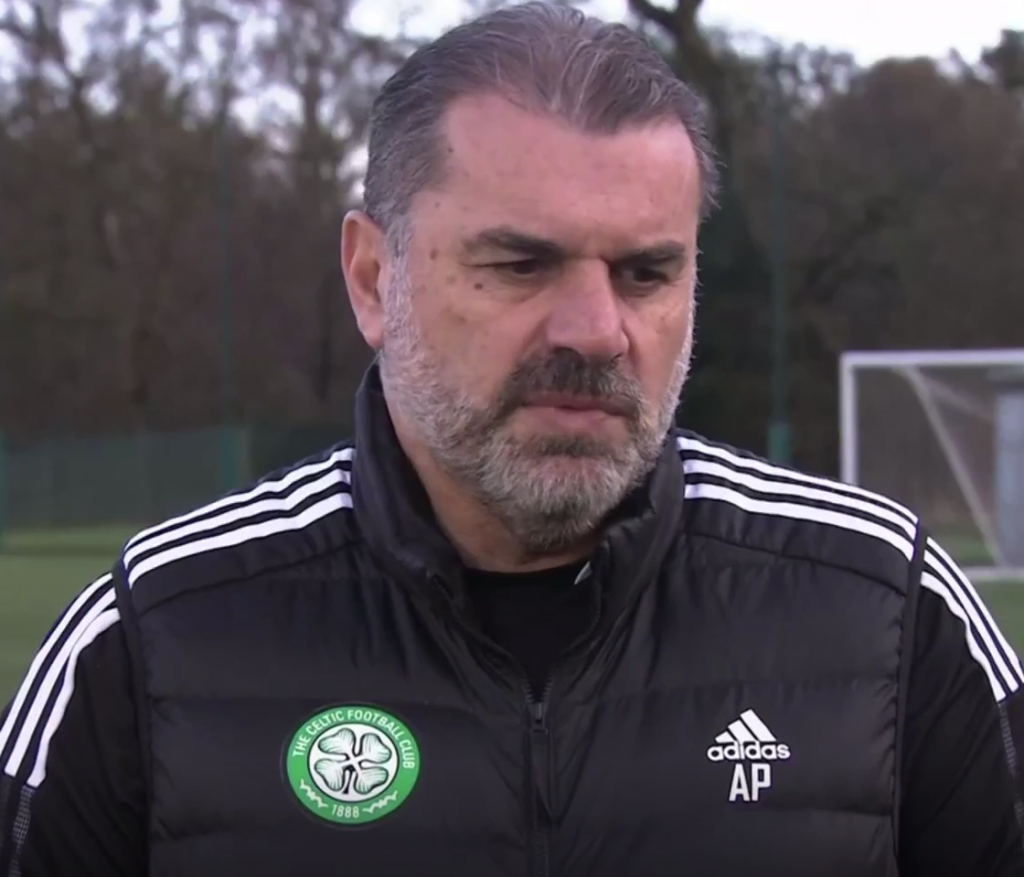 PENSIVE…Ange Postecoglou takes a break during training at Lennoxtown.

Postecoglou, speaking to the Daily Record, added: “The atmosphere they create, even on Sunday when a few unfortunately couldn’t get in to the ground.

“The ones who were there made up for it with their noise.

“They are the most important part of this football club.

“You talk to anyone who was here last year, without the Celtic support and our fans in the stadium, there isn’t the same sort of meaning to this football club.”

The Hoops play their final Europa League Group G game against Real Betis under the lights in the east end of Glasgow on Thursday night.

As far as qualification is concerned, the encounter is meaningless, but that will not prevent the followers turning out to continue their bonding with the manager and the players.