Celtic Quick News on News Now
You are at:Home»Latest News»‘I’M ON CLOUD NINE,’ GORDON
By CQN Magazine on 23rd May 2018 Latest News

CRAIG GORDON was delighted to play his part in a Celtic team whose extraordinary exploits will be talked about for years.

The 35-year-old keeper picked up his ninth honour as Hoops No.1 in the 2-0 win over Motherwell – he already has a Scottish Cup award with Hearts – and admitted the feeling of a historic back-to-back treble was fantastic.

Gordon said: “It was an unbelievable achievement again from everybody at the club. To follow up last season with another three trophies is incredible.

“It’ll take a while for it to sink in. You could tell with two or three minutes to go that the game was already won and to look round at three-quarters of the stadium being Celtic fans and everybody celebrating was emotional in itself.

“To see that and to know we had finally done it, to back that up from last season with this, is brilliant.

“It can’t get any better. It’s something that will last the test of time and we’ll be talking about this team for years and years to come. 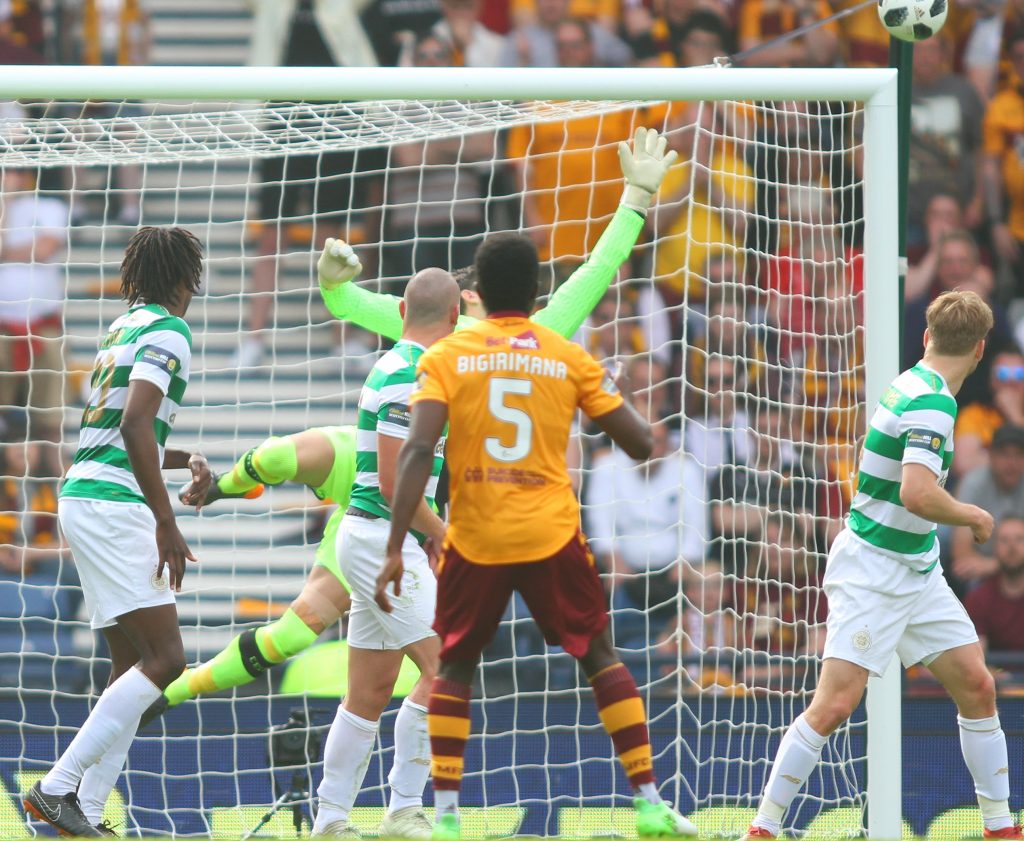 ALL’S WELL THAT ENDS WELL…Motherwell substitute Gael Bigirimana clatters a free-kick off the crossbar with Craig Gordon at full stretch near the end at Hampden.

“This was a tougher season, but we’ve still come out on top of every competition. That’s a massive testament to everybody and the work-rate that they’ve all put in, not just the players but all the staff at the training ground and all the backroom staff.”

Gordon added: “The manager gets into the head of players and makes sure everyone is in the right frame of mind for the big games. The preparation is outstanding. Every little detail from the travel to the food, it’s all absolutely perfect.

“He makes sure everybody knows exactly what’s expected of them, from the players right through the staff. It makes everything easier for us to go out on the pitch and perform.

“He wants us to improve for next season. I’m sure there will be the new players coming in, as well, and he’ll want to take them to the next level again.”

* Gordon was speaking to The Celtic View, on sale now.