JEREMIE FRIMPONG has taken a short cut to becoming Celtic fans’ favourite – despite being bought as a long-term investement by Neil Lennon.

The 19-year-old Amsterdam-born right-back has enjoyed watching the Hoops’ screen gems in Europe this season.

Bow the exciting prospect is desperate to play his part after being left out of the manager’s original group for European competition at the start of the season.

Frimpong, who has missed the last seven games due to a crunching tackle from the lunging Alan Power in the 3-1 win over Kilmarnock at Rugby Park last month, is now raring to go to make an impact on Europe.

The former Manchester City kid, who joined the Parkhead side on the September 2 transfer deadline day, hopes to get a chance to show what he can do at this level when Lennon’s men take on FC Copenhagen in the Danish capital on Thursday in their Europa League last-32 confrontation with a 5.55pm kick-off. 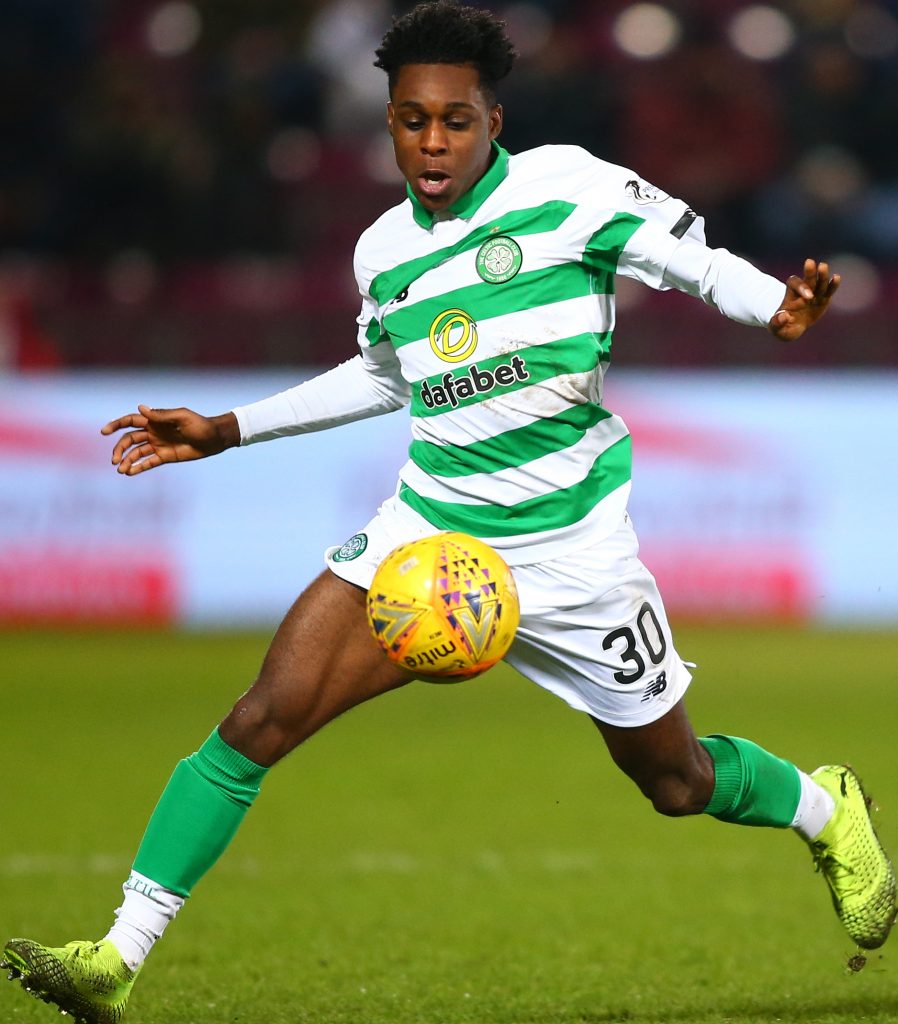 Frimpong looked back at his view from the coach as he cheered on his team’s Euro adventure and, speaking to the Daily Record, said: “It’s been fun to watch. The matches have been really intense. I like them like that.

‘My favourite was a Lazio away. I wasn’t there, but I watched it on TV.  I was on the edge of my seat. It was a great match.

“I thought the team played really well in that game and took their chances.”

Now the teenager wants to get involved and said: “I’m ready. I’ve been waiting for this day, so I’m ready.

“I don’t know if the system will change. I just have to work hard in training. That’s all I can do.

“You shouldn’t fear anyone, anyway. You just go and play.

“The way the team is playing now, anything could happen. We are doing well so we just need to keep it going.” 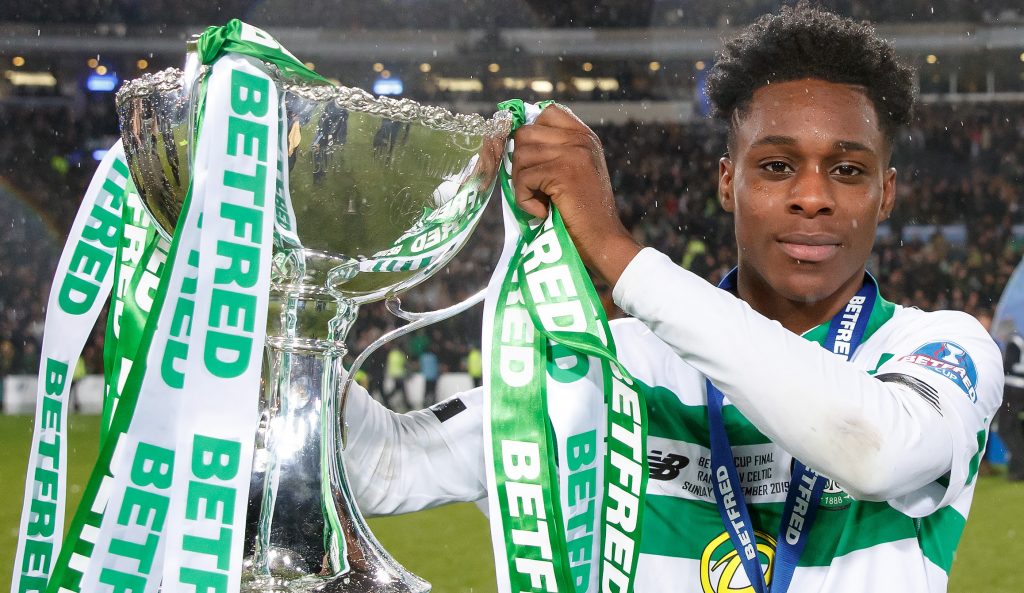 Frimpong admitted his injury against Killie was a setback, but has supported the Hoops all the way from the sidelines as they opened up a 10-point lead at the top of the Premiership and now face St Johnstone in the Scottish Cup quarter-final in Perth on March 1 as they eye the phenomenal quadruple treble.

He added: “It’s been frustrating, but I enjoy watching them. We’re getting our goals and the team are playing reality well.

“This is my first big injury. At first, I thought it was going be bad, but it wasn’t as bad.

“I wouldn’t say it was a big injury. I’ve been out for three weeks, so it’s not really big.”

Frimpong is in the squad for Thursday’s first leg in Copenhagen where Lennon’s side are looking for a positive result ahead of next week’s return game in Glasgow.