The 31-year-old winger left the champions in January after becoming one of Brendan Rodgers’ first signings for the club in August 2016 when he cost £4million from Aston Villa.

However, his career stalled at Deepdale although Sinclair insisted he still has plenty in the tank with the Championship campaign poised to kick off at the weekend when another of his former clubs, Swansea City, are the visitors.

The one-time England international, speaking to Lancashire Live, said: “There is definitely another level. For me, it’s just about keeping improving and working hard – I’m settled now, feeling fit and strong.

“I’m ready to go, I believe in myself. 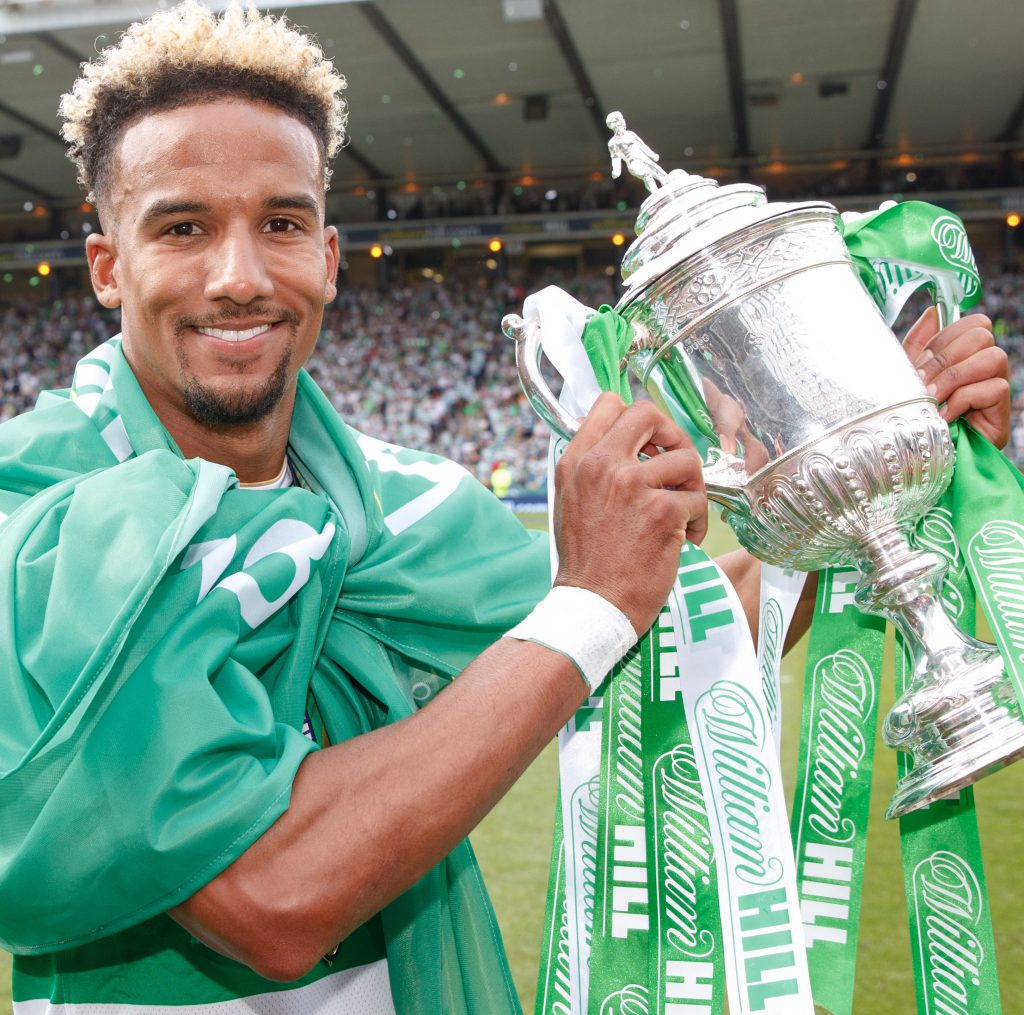 SILVER SERVICE…Scott Sinclair is all smiles with the Scottish Cup in 2018.

“That’s the main thing for me, creating chances and no matter what minute it is in the game, I feel as though I’m a goal threat. It’s what I’ve done throughout my career, scoring goals from wide areas.

“The main thing is to start by working hard, always giving 100 per cent and you go from there.”

Preston’s ex-Hamilton Accies gaffer Alex Neil called for patience when the wide-man arrived and he now feels the attacker will make his mark.

He added: “Scott is starting to show everybody what he can do on a regular basis more and more.

“He’s a constant threat and he’s just a good player, isn’t he?

“It was always going to be tough moving away from Celtic and coming down to Preston.

“With the exposure you get up there and playing in a team that is dominant every single week, to then come to a team who needs to fight, scrap and bite for everything they get.

“So yeah, I think it was just a transitional thing and he’s finding his feet now.”