KRISTOFFER AJER will not allow transfer speculation to to blur his vision at Celtic.

The Norwegian international defender has been linked with Italian giants AC Milan and his former manager Brendan Rodgers at Leicester City as well as other interested clubs.

Ajer, speaking to the Scotsman, said: “I’m really happy now. I’ve got two and a half years in Celtic and I’m happy with it. I love playing for Celtic. All talk of contracts is between my agent and the club and I’m just concentrated on day-to-day work and trying to be the best footballer I can.

“I’m not fussed about speculation. I’m happy here and want me and the club to have a fantastic next six months coming up. This is a great place to be. I really wouldn’t want to be anywhere else.

“I try as much as I can to disconnect from everything except the football. That’s one of the main things for all of the players and why we have been so successful in recent years. We keep the noise outside away and just try to focus on the football. 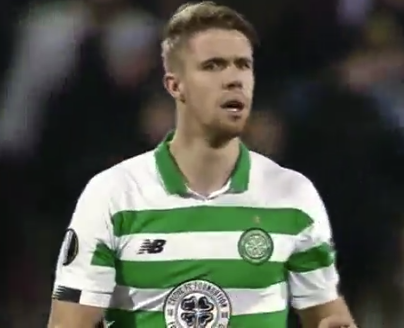 “It’s the same for every big club. It’s important to just stay and develop your side of the game and think about what you can do better. I stay disconnected from what is said outside of the park and don’t really want to comment on anything else. Our job is to play football and try to win games.

“I’ve got a great family, friends and girlfriend. She doesn’t know much about football, so it’s nice to go home and not talk about tactics or the physical part of the game. It’s important to be focused as a footballer when you train and play, but also to be able not to think about football sometimes. It’s a nice balance to have.”

Ajer added: “There are so many experienced players here who have achieved way more than me, so I know my place in the team,. I know what the experienced players want from the young players coming through and we are just trying to do the best we can.

“I wouldn’t compare myself to Broony. He’s a legend and I’m just a 21-year-old coming from Norway. There’s no comparison or anywhere near it. There’s a togetherness in the group which is really important. It is what makes us strong.”

Ajer will be back in action when Celtic start the defence of their Scottish Cup against Partick Thistle at Firhill on Saturday.