Celtic Quick News on News Now
You are at:Home»Latest News»‘I’M SO HAPPY AT CELTIC,’ KT
By CQN Magazine on 6th May 2018 Latest News

KIERAN TIERNEY has reassured fans: “I’m in no rush to leave Celtic.”

The Scotland international left-back has been linked with top-flight English clubs throughout the season, but their interest will never interfere with his desire to bring continued success to the Hoops.

Acknowledging the speculation, Tierney, 20, said: “It has happened during most windows since I broke through – it’s good for me.

“If somebody wants to buy you, that means you’re doing something right. When big teams are looking at you, it’s flattering.

“It doesn’t bother me or distract me because I’m enjoying myself. I’m playing for Celtic so I’m happy. 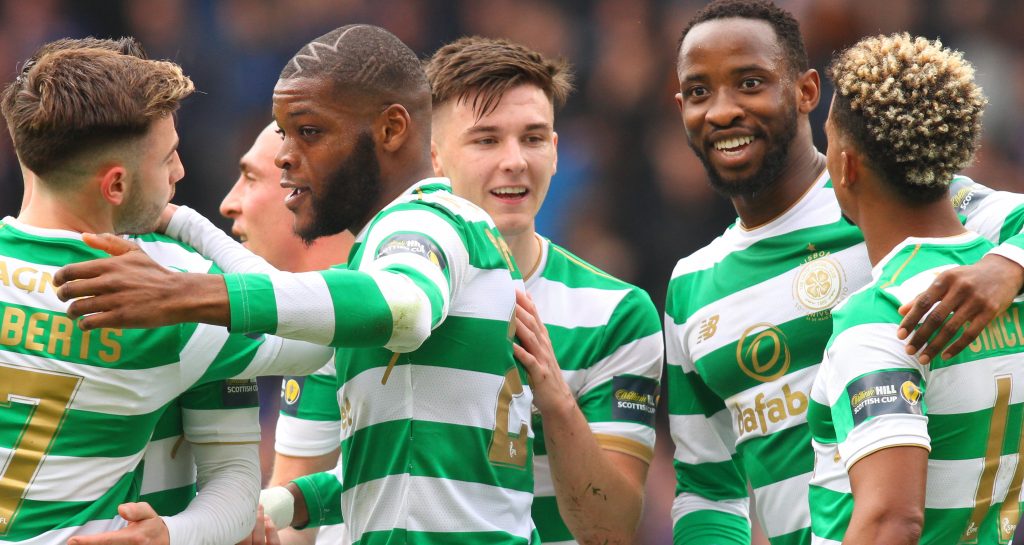 “I’m not in any rush at all. I had four years left on my last contract and if I wanted to leave I would have chosen to run that down. Instead, when the club offered me six I was happy to sign.”

Champions’ boss Brendan Rodgers, however, sounds a note of caution.

He said: “The time when players were not for sale is long gone. The kid has signed a long-term deal and you can see the happiness he has here.

“But there’s also a moral aspect to it, where if a player is on X amount of money and he’s offered 5X by someone else and the club also has a big offer, then it’s something that will be spoken about.

“Kieran, because of his age and his talent, is always going to be linked with other clubs. There will be suitors watching him. It is a short career and it’s only right that you’re mindful of that.”