Celtic Quick News on News Now
You are at:Home»Latest News»‘I’M SO PROUD TO BE ON THE BIG BANNERS OUTSIDE CELTIC PARK,’ BRIAN McCLAIR
By CQN Magazine on 26th January 2018 Latest News

Next up as our #10IAR guest is Brian McClair. Brian was a Celtic player for four years from 1983-1987. In that time he scored an incredible 99 goals in 149 games in the Hoops and was badly missed when he was allowed to leave.

Brian then went on to play for Manchester United under a trophy laden spell under Sir Alex Ferguson. Brian shares his love for the club here and his most proudest achievement regarding Celtic. Brian also reveals exactly where he got that nickname “Choccy” from.

Could Brian be back at Paradise in the future as well? He tells all here… 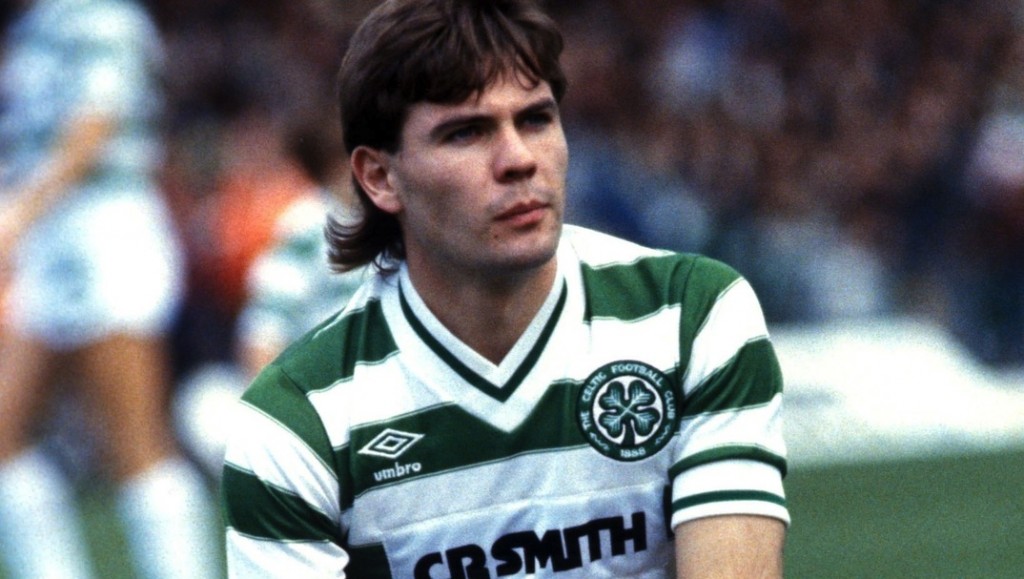 When did you first hear about Celtic’s interest in you?

A couple of days after returning from U19 World Cup in Mexico, I was at home in Airdrie, the phone rang, my mother said that it was Jock Wallace (my manager at Motherwell), I picked up the receiver and he said, “I’ve sold ye, get yer arse over to Fir Park noo”. Half an hour later, he told me that he had sold me to Celtic and I had to go, “get to Celtic Park now, McNeill is expecting ye.”

I’ve heard you mention Neilly Mochan before. Just how big was his influence around Celtic? Tell us the story about you asking him for a pair of boots?

Huge influence, he was the kit man, always laughing and taking the p*ss. He asked me what kind of boots I wanted, “Adidas World Cup please I replied,” he let out a loud hoot of scorn which caught the attention of all my new team mates.  I can still feel the embarrassment to this day. 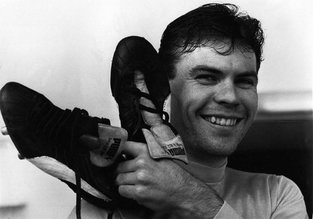 For our younger audience, can you explain how the nickname “Choccy” came about?

In the summer of 1983, we were in Switzerland for pre-season. We were warming up before our game v Basel in their almost empty stadium. Just before returning to the dressing room, two of the faithful appeared at the top of the giant terrace behind one goal, they had the hoops on, hats and scarves too, it was at least 90F that day. One of them shouted “c’mon the Chocolate McClair.” Tommy Burns was next to me. I think he thought that I didn’t like the shout, therefore he made one of his missions to make it stick, he was successful, over time it got shortened to Choccy, although I do like to call myself Chocciñho sometimes!

Who were the characters in the dressing room during your time at the club. Any funny stories?

Tommy Burns and Gordon Strachan are the two funniest that I came across. Although Graeme Sinclair formed a small club called “Footballers against football”, as he declared on a daily basis that he hated playing football. It was a small organisation although he managed to double the membership by brow beating Mark Reid into joining. 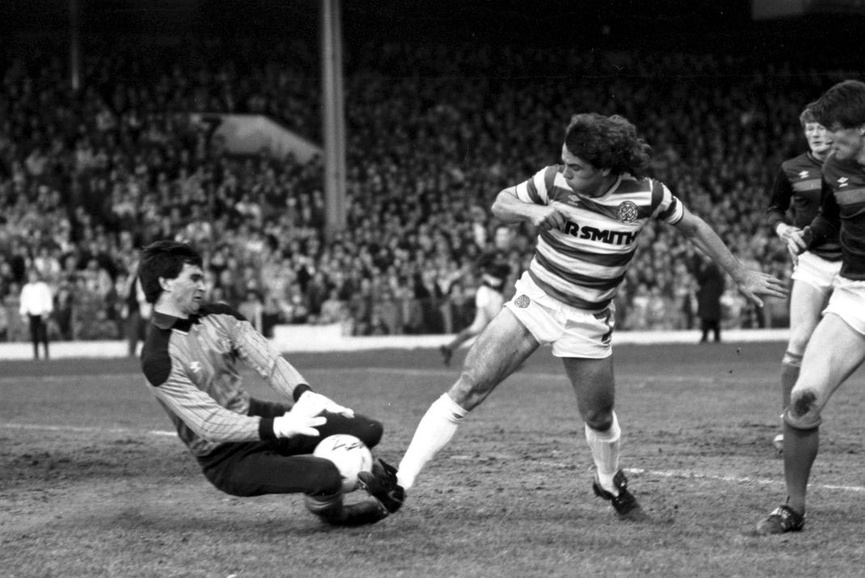 What was your favourite game that you played in for Celtic and why?

1986 Love Street, a perfect performance on a perfect day. Jim Stewart, St Mirren goalkeeper that day had the ball in his hands when the troops starting cheering and celebrating on the news that Dundee were leading Hearts, poor Jim’s look of bemusement is a clear memory.

What was your best goal you scored for Celtic?

When one gets to my age, one becomes more philosophical. I never scored a bad goal, there isn’t such a thing, I now look at the goals I scored as if they are my precious little weans and try to give each one of them equal measures of love and care. They are all my favourites. 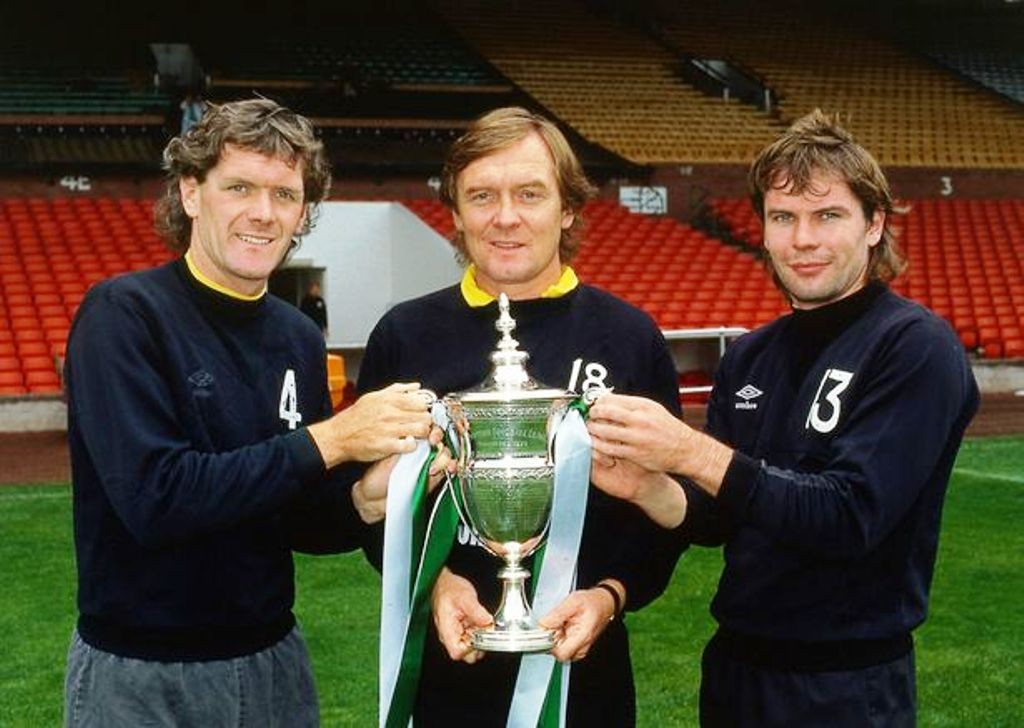 Does the attitude towards  Scottish football south of the border sometimes get your back up and have you found that you’ve had to defend our game to your English counterparts?

When you live in England, all be it a great place, one had always to defend one’s country in all aspects of sport and life.

Who was your biggest influence at Celtic and would you like to come back in some capacity one day?

Danny McGrain!! He could be relied upon for sound advice and I needed plenty of it. Of course I would like another hobby in “Paradise”!!

Finally Brian, what do think of the job Brendan Rodgers is doing just now and do you still keep an eye on the Bhoys?

Brendan is doing a splendid job. I do keep abreast with Celtic.

And one extra question. What is your proudest achievement regarding Celtic?

My proudest achievement is being one of the players whose picture is on the banners on the outside of Celtic Park.

Thanks very much for talking to CQN, Brian. That was an excellent trip down memory lane. I remember being gutted when you left Celtic. You deserve to be on that banner outside Celtic Park along with other greats of the Club and hopefully we will see you back at Paradise in some capacity in the near future. Choccy is now working with FansBet. A betting company that gives 50% of its net profits back to fans. HH Choccy!! 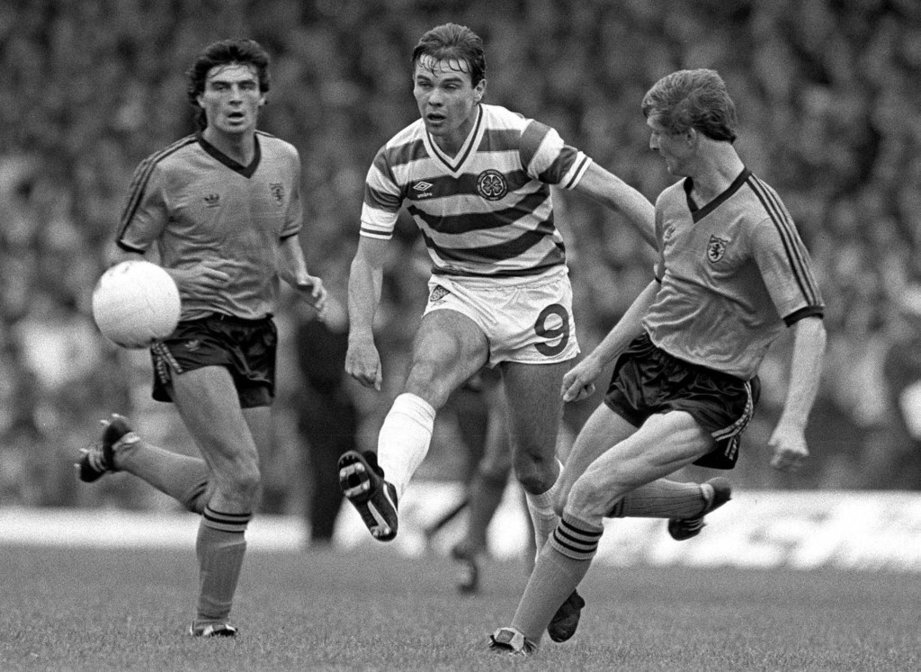