Celtic Quick News on News Now
You are at:Home»Football Matters»‘I’M STILL HUNGRY FOR SUCCESS,’ LUSTIG
By CQN Magazine on 19th January 2017 Football Matters
SWEDISH defender Mikael Lustig has set his sights on further silverware with Celtic after agreeing a two-year extension.
The versatile star has opted to prolong his stay in Glasgow after some months of negotiations with the Parkhead side.

The 30-year-old has been a mainstay of the side since arriving in January 2012 from Rosenborg and Brendan Rodgers was keen to have the player signed up as his deal drew to a close.

He said: “I’ve been here for a long time and I really enjoy my life here and playing for Celtic. 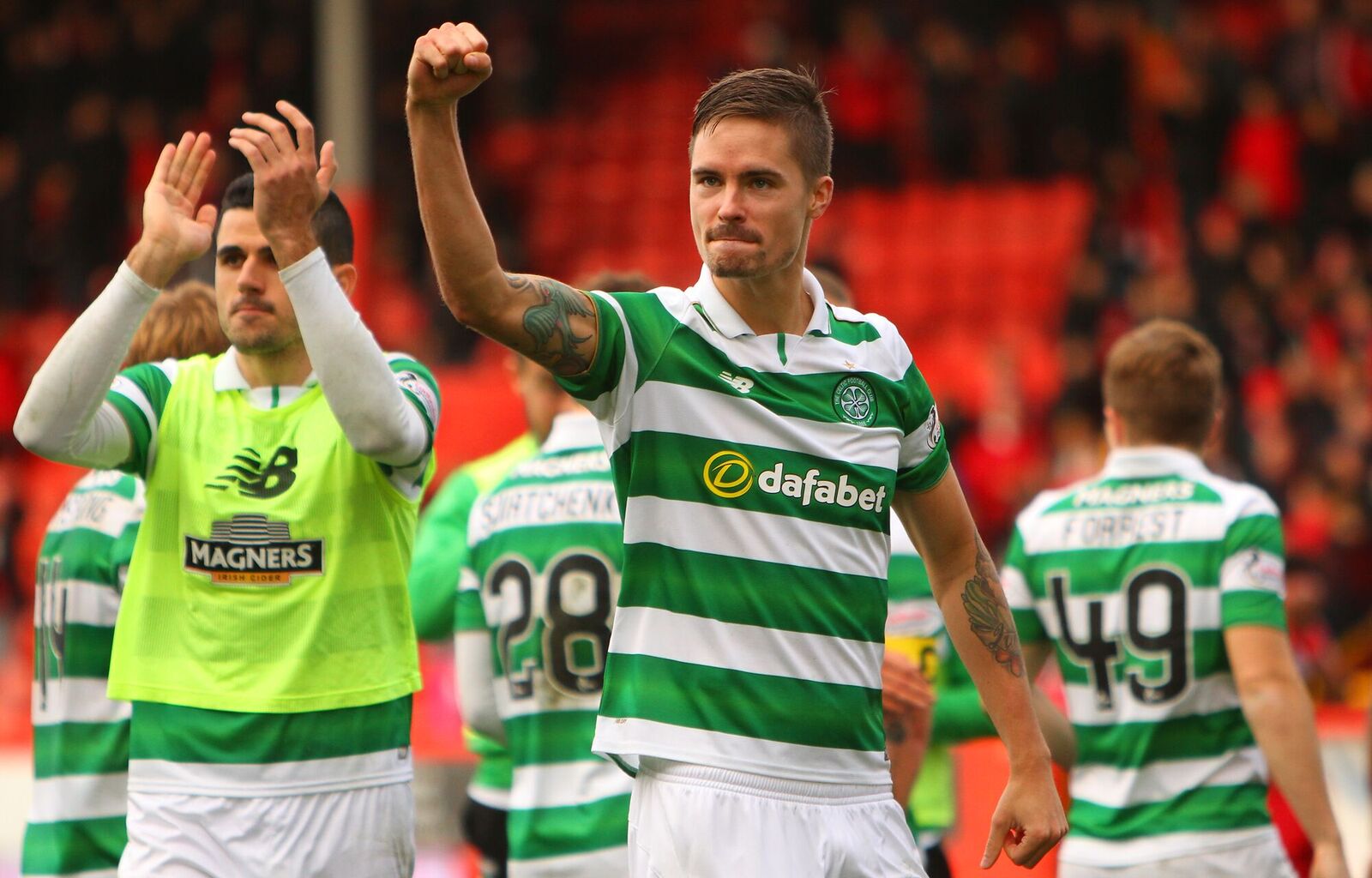 “We’ve started really well in the first six months under the new manager and staff so that’s why it was an easy thing for me to do.
“Celtic is growing and getting better every season now and I want to be a part of it.

“We have a chance to take the treble now and we’ve obviously not done that yet, but everyone wants to just continue to develop as a team, continue to play against good sides and learn.”

Having spent five years already at Celtic, the player found it difficult to pick a highlight of his time so far, but the games against Europe’s elite inevitably come to mind.

Lustig added: “There have been plenty of things. To win five titles in a row, and going for six, has been brilliant.

“As a footballer, you want to win silverware and I’ve done that. And to play Champions League football at Celtic Park has been amazing so, hopefully, we can continue with that.