The 21-year-old midfielder didn’t hesitate in signing for the Hoops after speaking to the manager on the phone.

A fee of £1.5million was agreed between the Parkhead club and MK Dons and the former youth international penned a four-and-a-half year deal to disappoint clubs in England, Italy and Belgium who were in the race for his signature.

O’Riley became the club’s fifth signing in 21 days and Postecoglou, speaking to the Celtic website, said: “We’re delighted to get Matt into the club. He’s someone who should fit in well with the group we have here, both from on the field and also the kind of person he is. 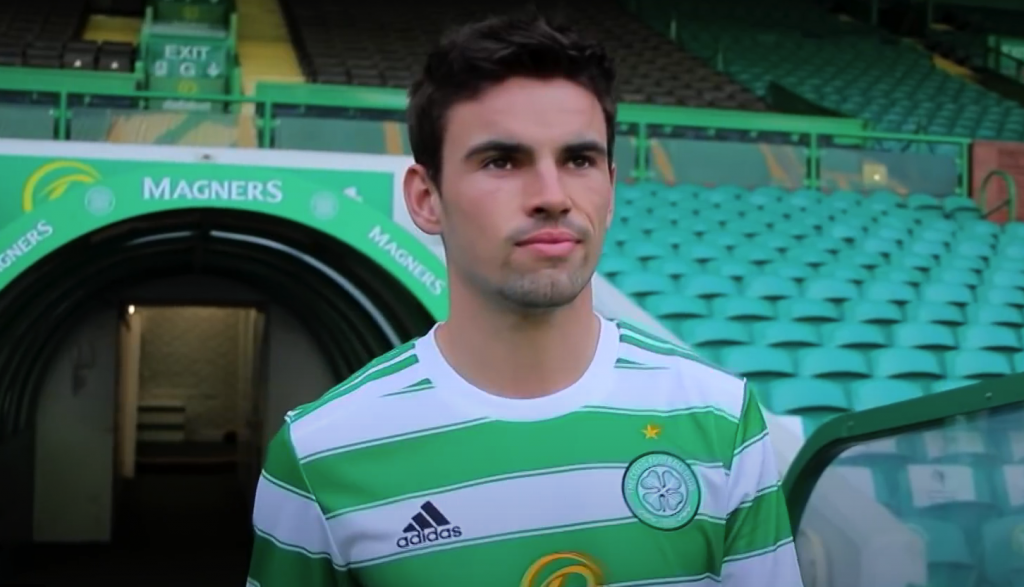 TUNNEL VISION…Matt O’Riley emerges to look out over his new surroundings.

“We’re looking forward to having him as part of the group. He’s a talented young player and I’m sure he’ll enjoy his time here. I’m also sure he’ll add to what we’ve already started.”

Postecoglou has further strengthened his squad during a hectic transfer window and O’Riley is the third middle-of-the-park operator to arrive along with Japanese duo Reo Hatate and Yosuke Ideguchi, who made their debuts in the 2-0 win over Hibs in Glasgow on Monday evening.

Plus strikers Daizen Maeda, from Yokohama F Marinos, and Sligo Rovers’ teen ace Johnny Kenny have also joined up as the Greek-Australian continues his exciting revamp of the squad that failed so dismally last season. 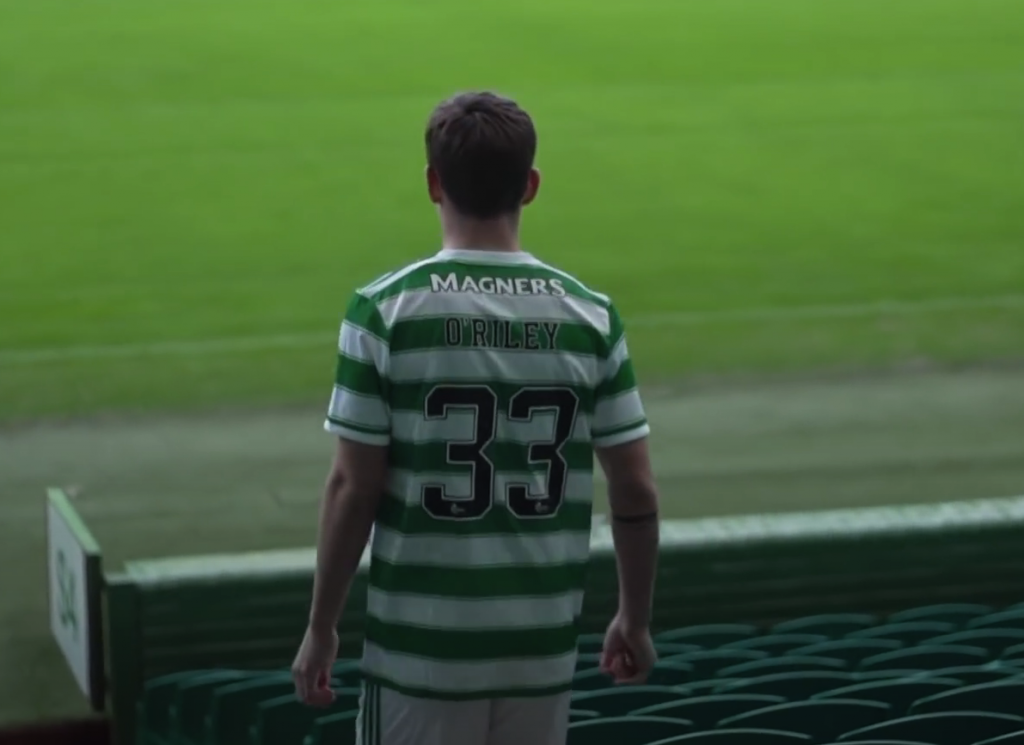 WELCOME TO CELTIC…Matt O’Riley looks out over the park for the first time. Images courtesy Celtic TV.

O’Riley came through the Fulham Youth Academy – where he was coached by Hoops legend Peter Grant – and made his first-team debut for the London club at the age of 16. He made five appearances in total for the Craven Cottage outfit and knocked back a three-year extension to move to MK Dons in January last year.

He made 52 appearances for the English League One club, scoring nine goals including seven this season, helping push the team to fifth in the table.

His form alerted West Brom, who made an eleventh-hour bid to hijack the Celtic move, Swansea, Huddersfield and Blackburn Rovers while Serie A Venezia and Belgium giants Anderlecht monitored his situation.

However, the highly-rated youngster settled on Celtic and exciting times are ahead for the team and the player.