Jim Goodwin, the St Mirren gaffer, has already admitted the Paisley club would be interested in taking the Scotland international forward back to Paisley for a loan stint until the end of the season.

However, Lennon has stated Morgan is part of his plans for the unfolding campaign as the club bid for their ninth successive title and also target making an impact on the European front.

Morgan was a surprise attack-leader in Thursday night’s Europa League Group E confrontation with Rennes – and repaid his manager’s faith in his ability with the opening goal in the 3-1 triumph at Parkhead that sealed top spot in the section.

Asked about the loan speculation, Lennon, speaking to the Daily Record, said: “We’re not in the mood to do that. He is an important part of the squad.

“You can see what he brings at times, he just needs to believe in himself a little bit more and that performance against Rennes will do him the world of good in terms of his confidence. 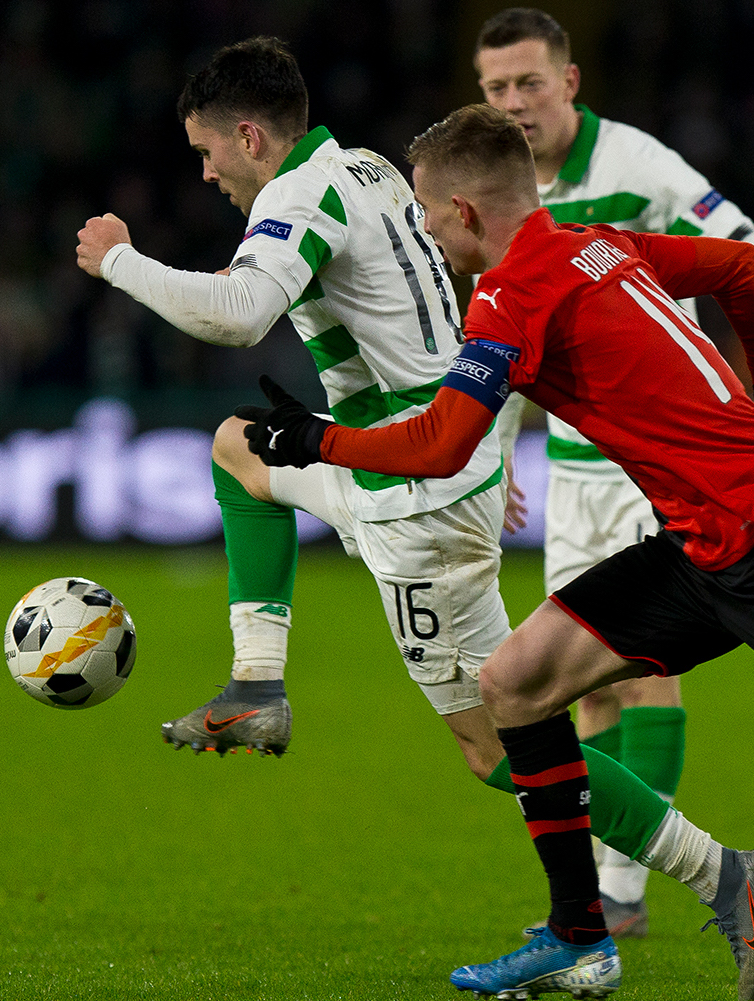 “He has been showing that in training and I’m pleased he’s able to convert that into game time.

“His goal was fantastic, a striker’s goal, really. It was like an Edouard goal. We felt he could bring pace and he’s a very fit boy.

“He is good with both feet and is getting stronger, that comes from the belief in himself.

“We want him to be aggressive in his play and he certainly was that.”

Lennon revealed he has been plotting to use the 22-year-old attacker as a back-up frontman for weeks with Odsonne Edouard the main man with Leigh Griffiths and Vakoun Issouf Bayo sidelined.

The Hoops boss added: “We have looked at him in that position in training a few times, just in case anything did go wrong with Odsonne.

“At times you think he’s an awful finisher, others he is: ‘Wow, amazing!’.

“With that talent he has to play some sort of role along the way somewhere.

“And this was his opportunity. We felt really comfortable with the front six and with the way the back guys and Fraser Forster have been playing. Going forward, we are exciting to watch at times. We have great pace and Lewis adds to that, as well.”