Celtic Quick News on News Now
You are at:Home»Match Report»IMPRESSIVE CELTS HELD IN PRAGUE
By CQN Magazine on 4th July 2017 Match Report
SLAVIA PRAGUE 0 CELTIC 0
CELTIC outplayed and outsmarted the Czech Republic champions, but, unfortunately, couldn’t outscore them tonight.
It was all very impressive as the players weaved pretty patterns in the Czech capital, but, alas, there were no rewards in terms of goals.
However, Brendan Rodgers will have seen enough to keep him satisfied with a controlled display from his team.
His team annihilated the Czechs 0-0 by the time the interval arrived. The half-time whistle was greeted with puzzlement as the scoreline remained goalless.
Apart from a brief flurry, the Parkhead men dominated proceedings as the Slavia goal enjoyed a charmed life.
Jan Lastuvka was by far the busier of the two keepers and the new signing was brought into action as early as the fourth minute. 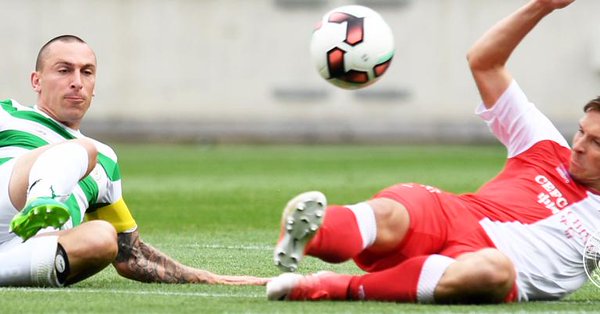 A sweeping move which involved Kieran Tierney, Leigh Griffiths and Callum McGregor saw the ball drop to Mikael Lustig on the edge of the box.
The Swedish defender sent a left-foot drive spiralling towards the top left-hand corner, but Lastuvka leapt high to touch the ball over the crossbar.
He was left scurrying across his line in the 15th minute when a move initiated by Tierney fell to Tom Rogic 22 yards out.
The Scottish Cup winner fired in a low drive from the edge of the box, but the ball flew just wide.
Celtic were slick, sharp and smart as they carried the game to the Czechs.
It was very impressive and skipper Scott Brown was involved in just about everything as he accepted passes from defence and sprayed the ball around. 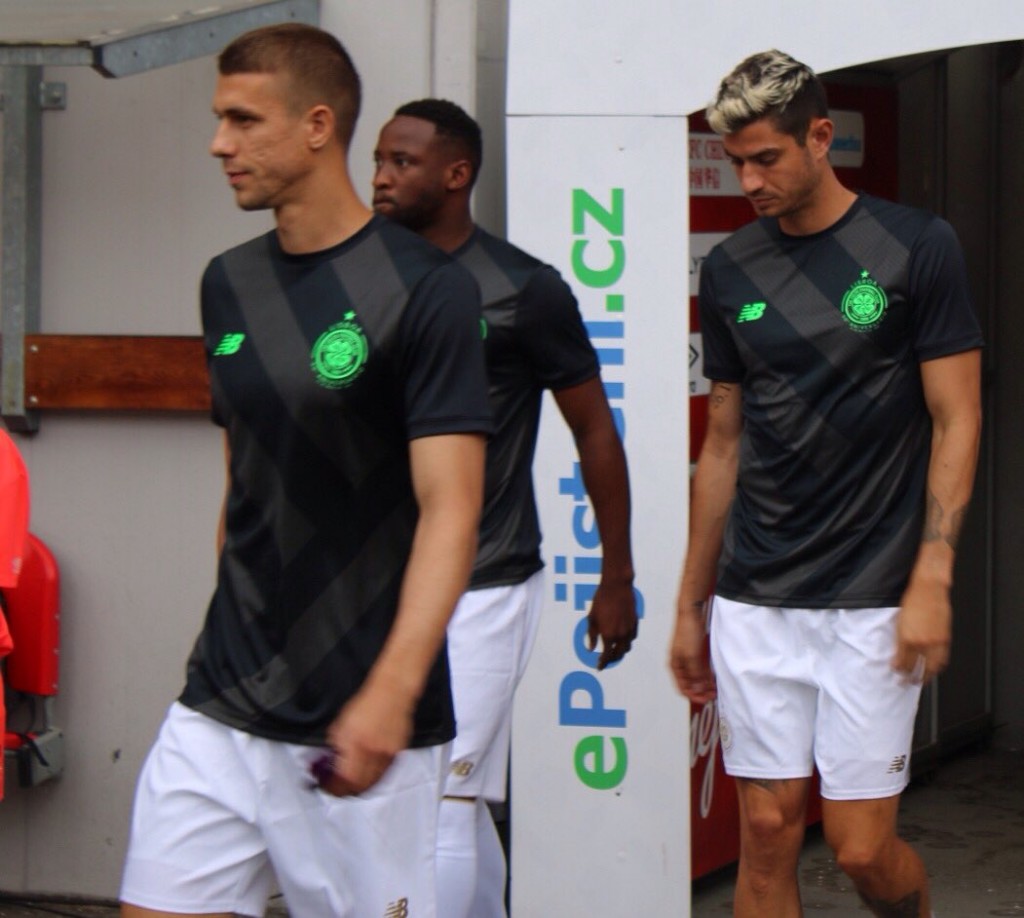 In the 21st minute, Griffiths came close to picking out Dedryck Boyata with a probing, deep right-wing cross, but Lastuvka got there first to palm the ball to safety.
The home side were obviously frustrated at chasing shadows and there were a couple of nasty challenges, particularly on Brown, Forrest and Lustig, but referee Karel Hrubes decided to adopt a lenient approach.
The Hoops continued to keep possession and move the ball around crisply and it looked as though a goal just had to come.
However, they were denied again when a beautiful flowing move from Gordon to Jozo Simunovic onto Forrest and then the ball in front of Rogic, but the keeper reacted well to get down to his left to push the effort side of the left-hand post.
Slavia offered a couple of moments of danger in front of Gordon, but normal service was resumed as the visitors enjoyed 65 per cent of the play.
Boyata twisted a knee just before half-time and Jonny Hayes came on at the start of the second period with Rodgers opting for a back three.
The Hoops continued to dictate the flow of play and Sinclair had an awful miss following a neat move between Rogic and Griffiths. 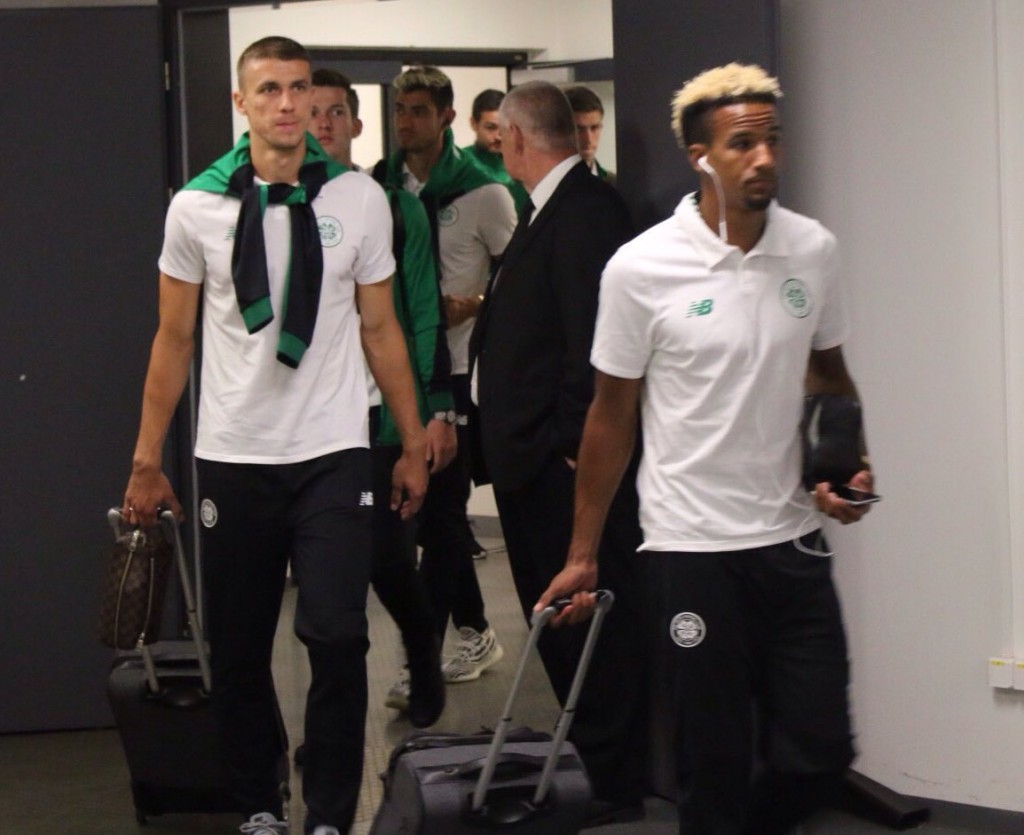 The frontman’s touch inside was perfect, but last season’s Player of the Year, right in front of goal, got his feet in a fankle and the opportunity was squandered.
In the 56th minute, McGregor had a fabulous chance to break the deadlock. He cleverly twisted and turned past a couple of tackles and, from a reasonable angle, whipped the ball wide of the target.
In the 62nd minute, Rodgers made some of expected changes as he sent on Erik Sviatchenko, Stuart Armstrong and Moussa Dembele with Simunovic, Sinclair and Griffiths withdrawn.
After his foul challenges count reached double figures, serial clogger Ruslan Mingazov was eventually booked after clattering Forrest from behind.
Unfortunately, Brown followed him into the book shortly afterwards for a robust tackle.
Rodgers would have been pleased with the passing and movement of his players, but possibly there will be some shooting practice when they return to training on Thursday after a day off tomorrow.
Next up, it’s Shamrock Rovers in Dublin on Saturday.
TEAM: Gordon; Lustig, Simunovic (sub: Sviatchenko 62), Boyata (sub: Hayes 46), Tierney; Brown, Rogic; Forrest, McGregor (sub: Bitton 79), Sinclair (sub: Armstrong 62); Griffiths (sub: Dembele 62). 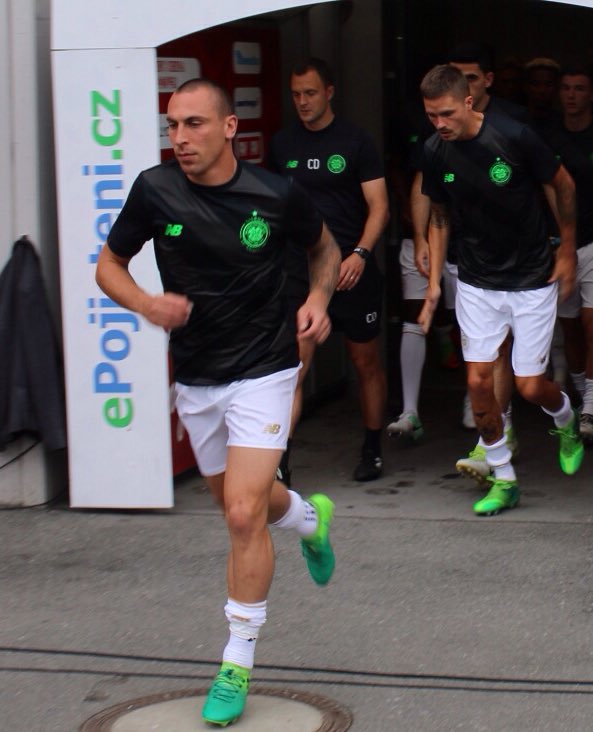