Celtic Quick News on News Now
You are at:Home»Latest News»‘IMPRESSIVE’ FORREST ON THE BRINK OF A RE-THINK
By CQN Magazine on 25th June 2016 Latest News
JAMES FORREST is about to perform a sensational U-turn and sign a new long-term contract at Celtic.
The winger, who is out of contract in December, knocked back a four-year extension offer in February and looked to be heading for the exit.
However, the 24-year-old international has impressed new boss Brendan Rodgers during pre-season training at Lennoxtown this week. 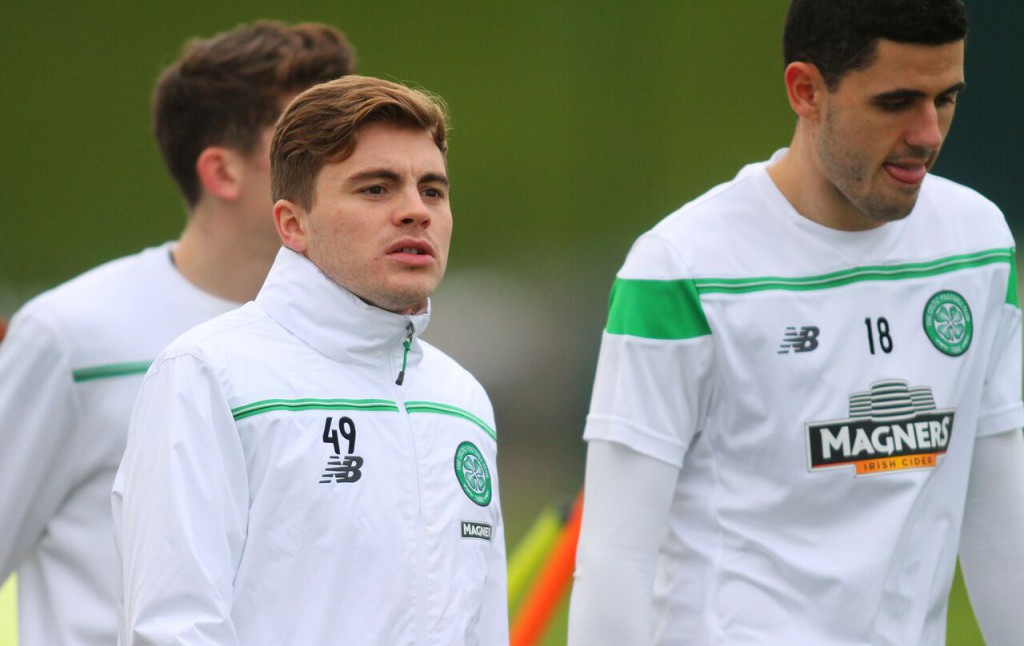 And the Irishman wants to keep Forrest who was frozen out by ex-gaffer Ronny Deila in the run-in to the fifth successive title.
The player’s last first team start came in the 2-0 Scottish Cup win over East Kilbride on February 7.
Now, though, it looks as though he is about to follow the example of team-mate Keiran Tierney and pledge his future to the Hoops.
Deila favoured Callum McGregor in the last three months of the season and the nearest Forrest got to the action was a rare place on the substitutes’ bench.
The Norwegian claimed: “We offered him a contract and he has turned it down.
“He has told us he wishes to see what his other options are.”
But Rodgers has been impressed by what he has seen of Forrest and has identified the 13 times-capped raider as a player he wants to keep at the club.
Fresh contract negotiations are likely to begin within the next week and Forrest could be offered a similar five-year deal as Tierney.
He made his first team breakthrough at Parkhead at the beginning of the 2009/10 season while Neil Lennon was manager.
Forrest has started over 100 games over the seven-year period and has scored 30 goals but has ofter frustrated the Celtic support due to inconsistency and constant injury problems.
Now Rodgers is now keen to get the exciting talent on a new contract and kick start his Celtic career which at one stage was hugely promising.
Lisbon Lion Willie Wallace told CQN three years ago that Forrest had been identified by those inside the club as a potential £10M player and at one stage he was linked with a big money move to Tottenham.
Rodgers seems to be making his mind up fairly quickly on who he wants to stay and the ones he wants to go. It looks like James Forrest is going to be part of his plans and that will delight the player who never wanted to leave Celtic.