Celtic Quick News on News Now
You are at:Home»Latest News»‘IN A LEAGUE OF HIS OWN’: EX-HOOPS STAR HAILS LENNY
By CQN Magazine on 21st December 2020 Latest News

CHRIS SUTTON has admitted he is delighted to his history-making former team-mate Neil Lennon.

The much-criticised Celtic boss became unique in Scottish football yesterday when the champions overcame stubborn Hearts 4-3 in the tense penalty-kick shoot-out after being held 3-3 following extra-time.

Lennon has now joined club legends Jock Stein, Martin O’Neill and Brendan Rodgers as Hoops managers to have won a silverware clean sweep. But he also achieved a personal landmark – the only individual to have lifted the coveted treble as a player AND a manager, as CQN reported.

It was nerve-shredding stuff at Hampden before the club accomplished the phenomenal feat of their TWELFTH consecutive domestic honour while sealing the unprecedented quadruple treble.

Former Hoops goal hero Sutton, speaking to the Daily Record, said: “The credit goes to Neil Lennon and nobody can take this success away from him, I was delighted to see him with a beaming smile when all of the drama was over.

“He’s the first manager in Celtic’s history to achieve what they have, a treble as a player and now a treble-winner as a manager.

“He’s come under fire from all quarters, but you shouldn’t look for sympathy and he doesn’t as he knows that’s the nature of the game he’s in.

“I feel that some of the criticism of Neil has been way over the top. Everyone is entitled to an opinion, but, sadly, some of those opinions go too far.

“Regardless of what happens in the future, that’s why I’m so pleased for Neil. He’s a treble-winner as a player and a manager. In these terms he’s in a league of his own.

“He would have felt immense pressure going into this game, that comes with the territory of being a manager at a big club and this season as a whole hasn’t been anywhere near good enough. 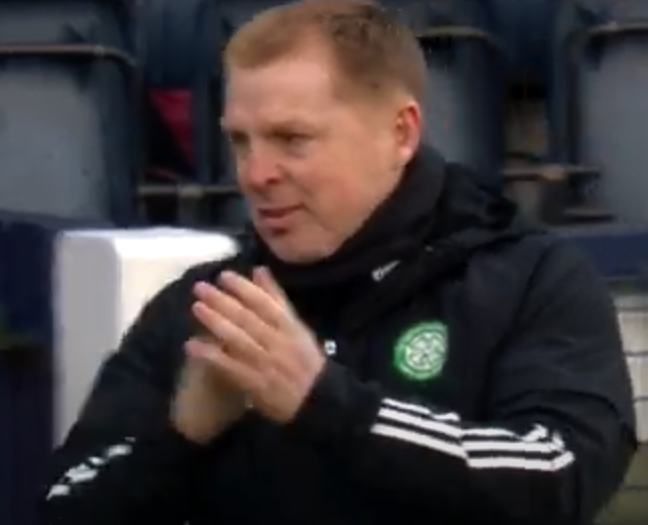 “Neil knows that himself, he’s been at the club for so long he knows the bottom line and he knows the fine margins.

“In games like Sunday’s, all that matters is winning and being able to get over the line and Lennon and his players did that.”

Sutton, now a top media pundit, added: “We saw so many worrying signs and defensively Celtic are so fragile, but yet again they found a way of winning and that is huge.

“Is this Scottish Cup win the catalyst for something better for the second half of this season? That has to be the hope.

“Neil spoke after the game about the weight of expectation and the burden it is to carry, but any Celtic fan watching that game won’t have been sitting there believing anything is going turn on this one result.

“There are massive problems defensively, that was shown as clear as day as they chucked away a two-goal lead once again on the big occasion. It’s happened so many times this season even I’m losing count.

“It all boils down to a serious lack of organisation and authority at the back and it’s something which has to be addressed.”

Lennon has played three keepers – Conor Hazard, Vasilis Barkas and Scott Bain – this season, but the defence has continued to leak goals at an alarming rate.

They have managed only two clean sheets in 15 games and they will be hoping to stretch that to three after their meeting with Betfred League Cup conquerors Ross County at Parkhead on Wednesday.