CELTIC skipper Scott Brown has revealed he would trust boss Brendan Rodgers with his LIFE.

And the 33-year-old inspirational midfielder insisted the current squad is strong enough to continue to dominate Scotland as they bid for their eighth successive title triumph.

There has been a clamour for new faces among the fans after Stuart Armstrong and Erik Sviatchenko left the champions at the end of the campaign.

Rodgers has concluded two permanent transfers in the summer with the record-breaking £9million deal for Paris Saint-Germain striker Odsonne Edouard following his impressive season-long loan stint and Dundee keeper Scott Bain at the end of his contract. He, too, excelled in four months at the club.

St Mirren winger Lewis Morgan, a £300,000 January capture who returned to the Paisley side on a temporary switch, is ready to forge ahead with his Parkhead career.

The Hoops onfield leader admitted there is no need for panic buying at the club who have seen three bids for Hibs midfielder John McGinn rejected. 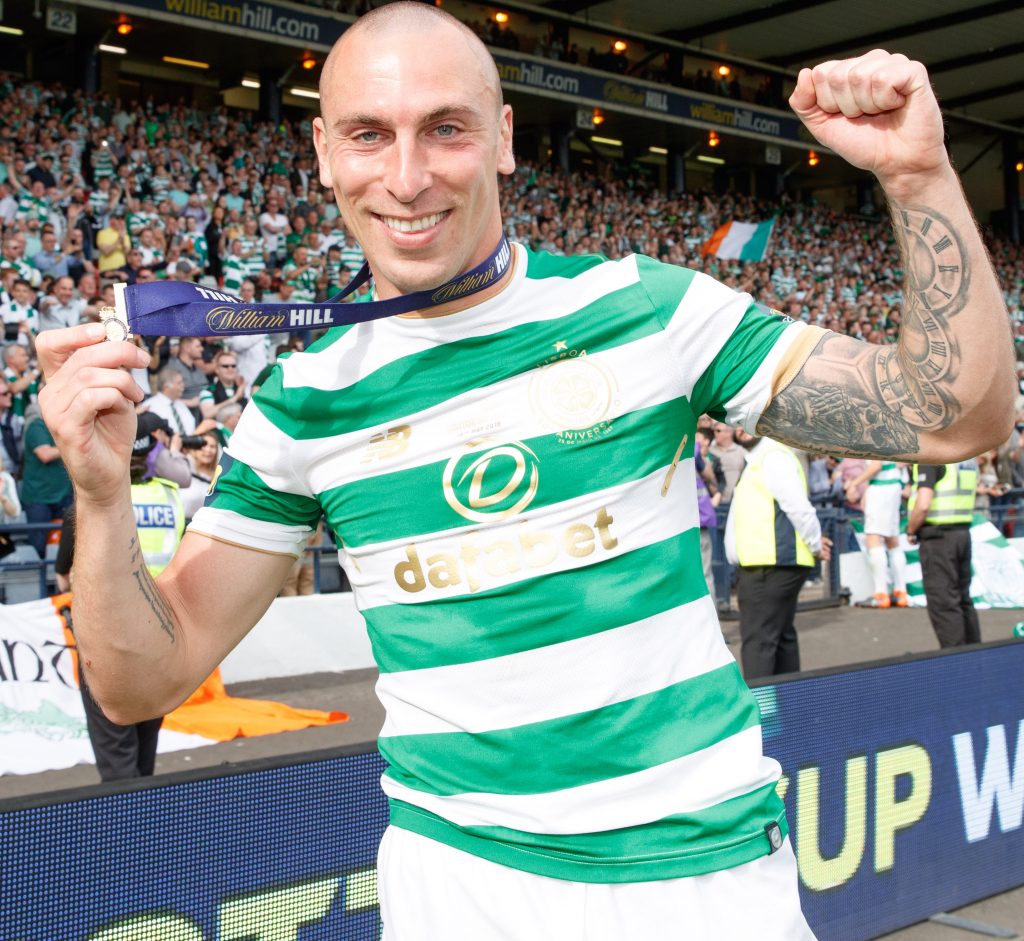 Brown said: “I put a lot of trust in the manager and he’s produced a lot, to be fair. I trust him with my life.

“The way he’s doing things at Celtic, he’s improving us in every single department, so, yes, I have a lot of trust in him.

“If the manager doesn’t believe we need anyone then I think we can do the business with the squad we have.

“We’ve got a great squad in that dressing room. We stick together on and off the park.

“We have Ryan Christie and Scott Allan back and we have Mikey Johnston and Calvin Miller coming through too. Two experienced ones who’ve played in the Premiership and two young ones back in the squad.”

Looking ahead to the challenges that await the double treble-winners, Brown added: “Everyone is going to be working to be that team to beat us. It’s about how we react this season.

“We believe we have come back in better condition and we are looking sharp already.

“Aberdeen will be up there, so, too, will Hibs and Rangers while Hearts have brought in a lot of players, too, so we will need to figure it out.”