NEIL LENNON admitted his pride as he returned as Celtic’s interim manager this evening following a day of dramatic events.

IN came the club’s former captain and boss who left Parkhead in 2014 and he will be in the dug-out when the team face Hearts at Tynecastle tomorrow night in the bid to maintain their eight-point lead at the top of the Premiership.

OUT went Brendan Rodgers as he sensationally quit for Leicester City while on the brink of making Celtic history by leading the club to the treble treble.

Lennon, who has named John Kennedy as his assistant with Damien Duff as first team coach, said he is immensely proud to return and he will do everything in his power to bring more success to the club.

The Northern Irishman, speaking exclusively to Celtic TV, said: “I feel a wide range of emotions and the first one is obviously pride.

“I’ve got the privilege of doing this job again and I’ve obviously got a huge amount of gratitude for the club taking a leap of faith in me once more.
“It’s difficult circumstances. There’s a chasm to fill with Brendan leaving. He’s done a remarkable job, but I’m here for the club. The club comes first as do the players.

“I want to bring as much success during my time here as I possibly can.

“There’re always huge expectations at this club and the players have been absolutely exceptional over the last two-and-a-half to three years, with the level of performance – and the trophy haul, as well. 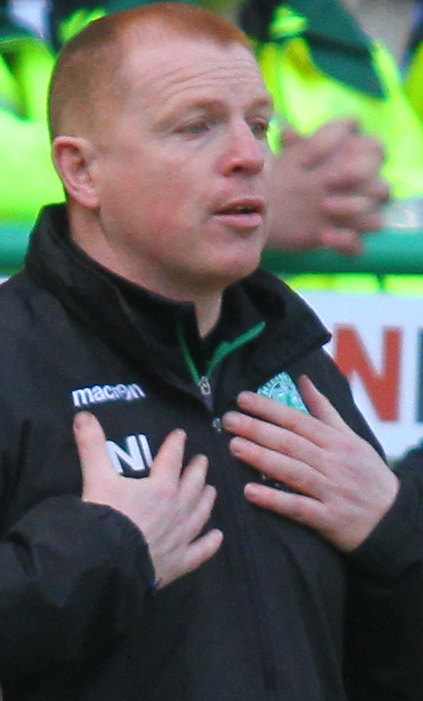 “All I want to do is carry that on – it’s not broken and I’m not coming in and looking to revolutionise anything.

“I’ll lean on John Kennedy a lot. He’s been with Brendan for these last two-and-a-half-years and he knows how it works, the system and the routine. I’ll tap into that a lot.”

Lennon, who kicked off the current run of seven titles in a row with three successive championships as manager between 2010 and 2014, added: “It’s not about me coming back, it’s not about Brendan leaving. It’s about Celtic winning the league and, hopefully, winning another Cup, as well.

“I just want to say that I will do all that I can to bring success to the football club and try to produce the style of football that the supporters are accustomed to under the previous manager.”

He will be in charge against his old Edinburgh adversary Craig Levein tomorrow night and the, ironically, will return to Easter Road on Saturday evening for the Scottish Cup quarter-final against his old club.

The last time the two teams were in opposition was in the league in December when Rodgers was boss of Celtic and Lennon was in charge of Hibs.

The new Hoops caretaker gaffer came out on top in a 2-0 victory.