CELTIC have another date with destiny at Hampden on December 8.

The Hoops are looking to pick up their fourth successive Betfred League Cup after their commanding 5-2 triumph over Hibs in a dramatic last-four confrotation at Hampden last night.

It was an evening of thrills and spills as Mohamed Elynoussi produced his most impressive performance for the team since arriving on a season-long loan from Southampton in the summer.

The Moroccan-born Norwegian international attacker scored two first-half goals against the Easter Road outfit to point Neil Lennon’s men in the direction of a quickfire return to the national stadium next month.

Callum McGregor added to the tally as the Parkhead side led 3-1 at the interval and skipper Scott Brown decided to join in the procession in the second-half as he belted two behind the luckless Chris Maxwell.

The eight-in-a-row champions will be searching for a remarkable TENTH consecutive domestic trophy as they continue to dominate Scottish football.

In the past three showdowns in the competition Celtic have scored six goals without conceding as they have triumphed over Aberdeen (3-0 and 1-0) and Motherwell (2-0).

They have now set their sights on four and who would bet against the rampant Hoops?

CQN‘s team of accalimed snappers were at the national stadium to capture last night’s action. Here is a pick of the pics in a special two-part feature as a salute to Broony and Co. 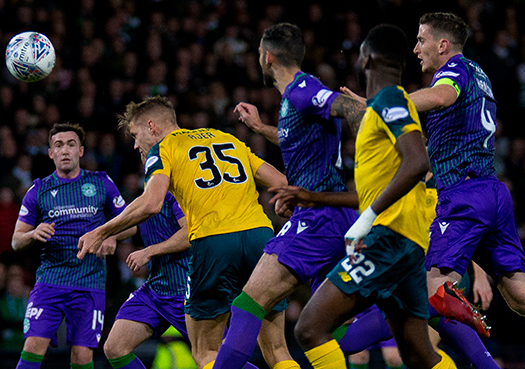 HEAD BHOY…Kristoffer Ajer puts the pressure on the Hibs defence. 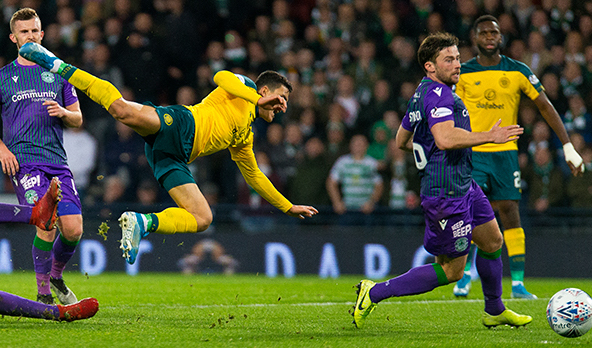 FLYING TONIGHT…Mohamed Elyounoussi takes to the air after a last-ditch challenge from a Hibs defender. 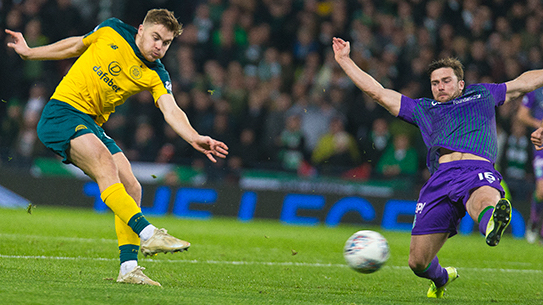 BY THE RIGHT…James Forrest fires in a shot. 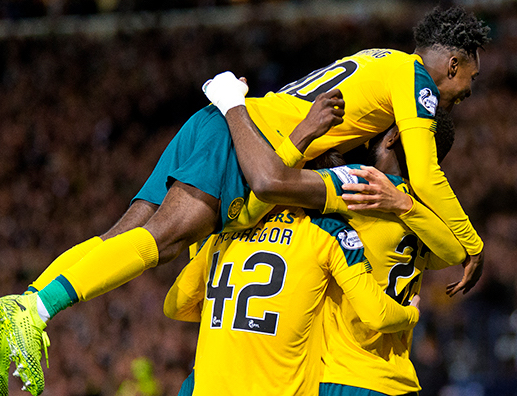 DUTCH TREAT…teenager Jeremie Frimpong is top of the pile as Celtic celebrate the opening goal. 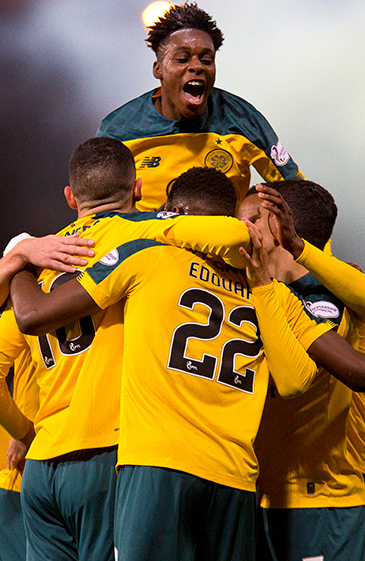 HAPPY DAZE…Jeremie Frimpong savours the moment with his Celtic team-mates.

SO CLOSE…James Forrest displays his emotion as a chance passes by. 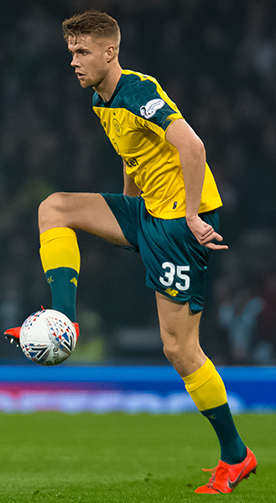 IN CONTROL…Kristoffer Ajer is on the ball. 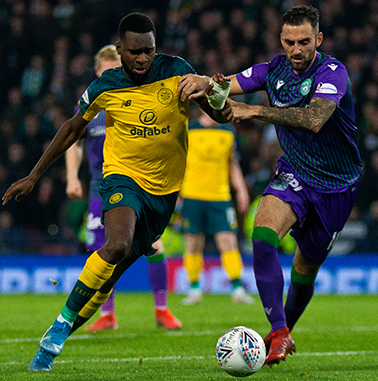 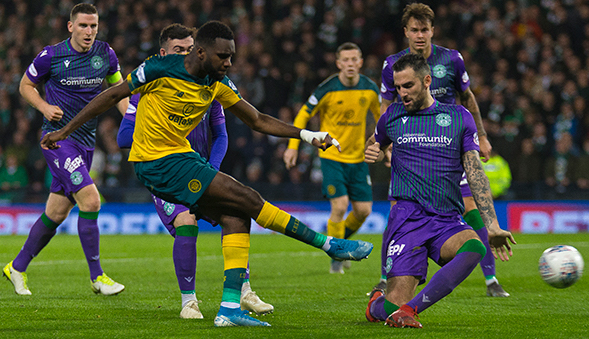 WALLOP…Odsonne Edouard thumps in a shot that was blocked. 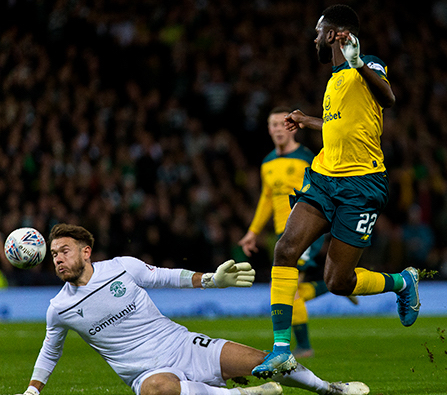 NUMBER TWO ON THE WAY…Edouard flicks the ball over Chris Maxwell as Callum McGregor waits to pounce. 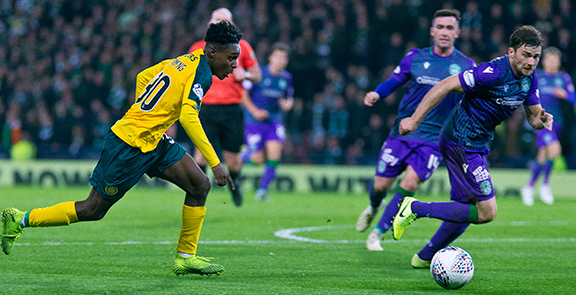 ON THE RUN…Jeremie Frimpong attacks the Hibs rearguard. 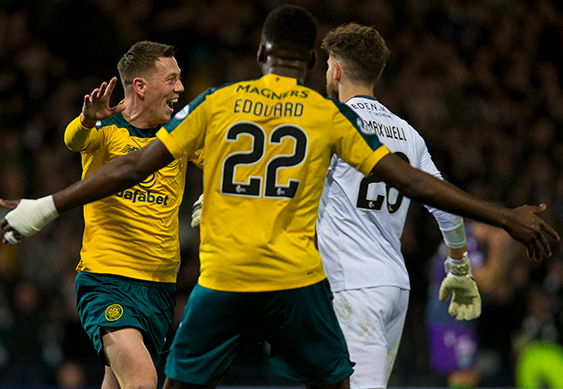 HEADS IN WIN…Christopher Jullien gets up to knock the ball goalwards. 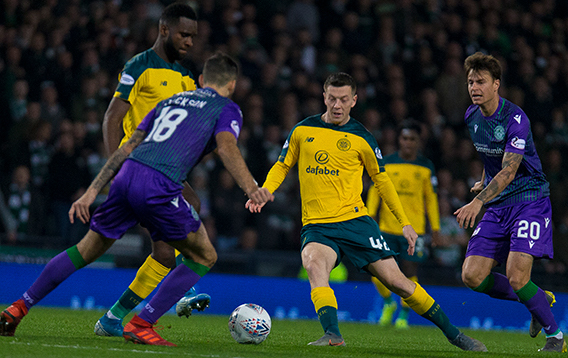 ON THE BALL…Odsonne Edouard and Callum McGregor menace the Edinburgh defence. 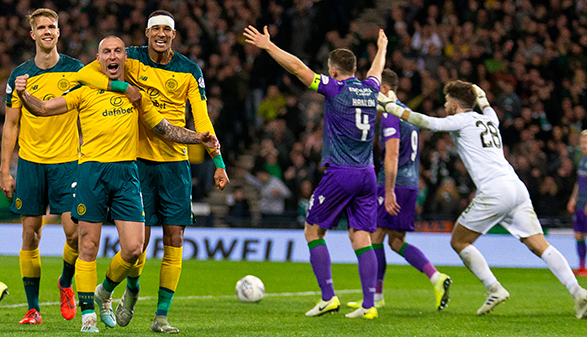 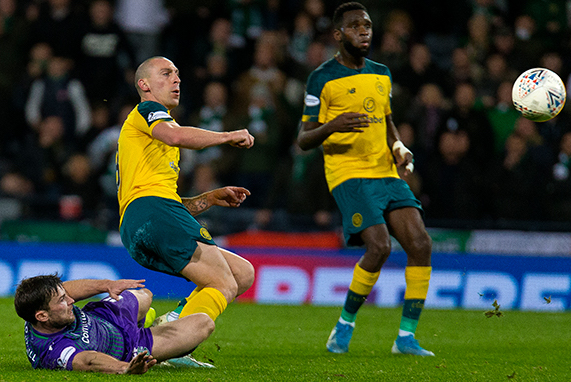 CAPTAIN’S ROLE…Scott Brown lashes in No.5. 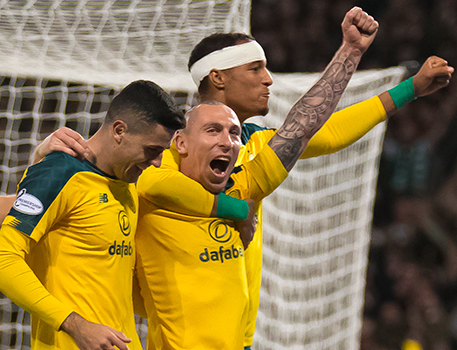 CUP THAT CHEERS…Scott Brown yells in delight with team-mates Tom Rogic and Christopher Jullien as another Hampden Final beckons.