HAMPDEN is littered with history of Cup shocks and, alas, Celtic have been on the receiving end of more than their fair share. Let’s not mention Partick Thistle and the 1971 League Cup Final.

So, all eyes were on the national stadium again last night as the holders went into action against a Hibs team in the Betfred League Cup semi-final. The Edinburgh side had been written off as no-hopers by many following their dire displays in the Premiership with only one victory in 10 outings.

However, in the midst of that fairly miserable run, there was a 1-1 draw with the eight-in-a-row champions – a result that ended Neil Lennon’s side’s 100 per cent domestic record in this campaign – and that Easter Road encounter served as a reminder that the form book can go out the window in Cup tournaments.

The Parkhead side went into the confrontation looking for their THIRTIETH successive win in the home competitions and the players were determined the spectacular sequence was not going to end last night at the national stadium.

After an entertaining and lively encounter, the Hoops had booked a return to the south side of the city for a Betfred League Cup Final on December 8.

Any anxiety before kick-off was wiped out by two quick goals from Mohamed Elyounoussi and Callum McGregor. Paul Heckingbottom’s side pulled one back against the run of play before the on-loan Southampton forward netted again to restore the two-goal advantage at the interval. Scott Brown took centre stage after the turnaround with two goals to complete a well-merited 5-2 victory.

In the second of today’s CQN‘s special picture parade, we present the best of the action as captured by our ace lensmen. Here is the pick of the pics from our second batch. Enjoy! 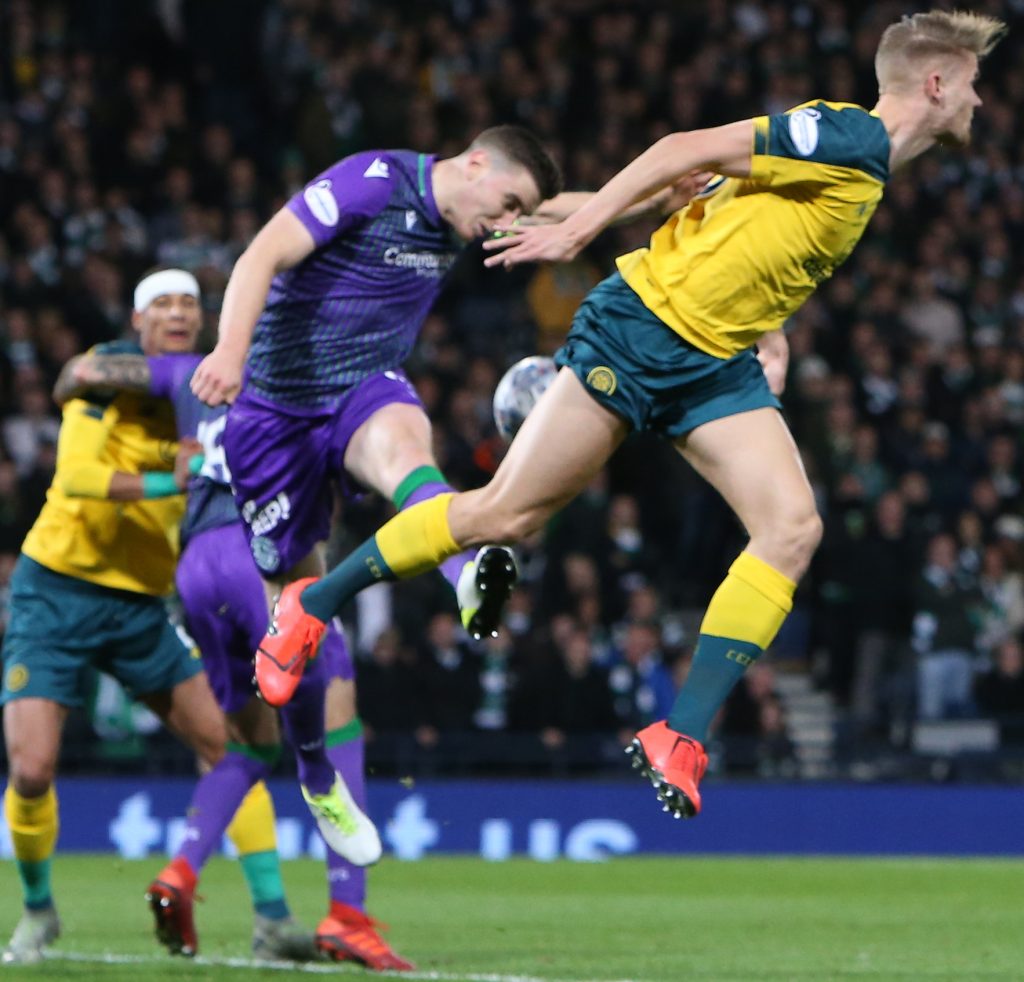 PENALTY? Paul Hanlon and Kristoffer Ajer challenge for a high ball that appeared to hit the Hibs skipper on the arm. Referee Bobby Madden waved play on. 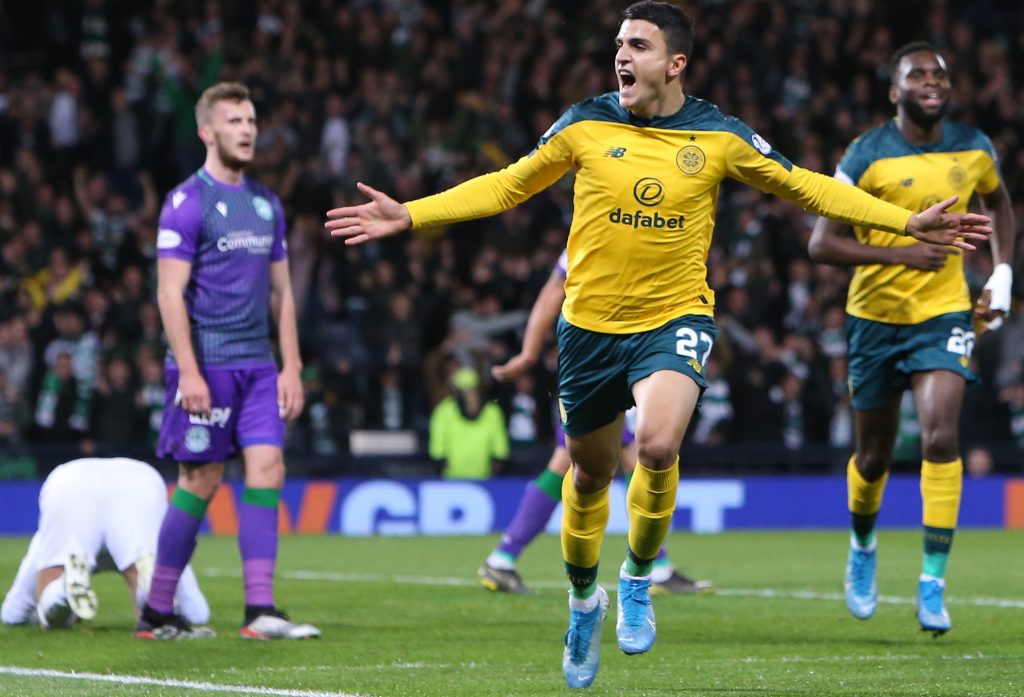 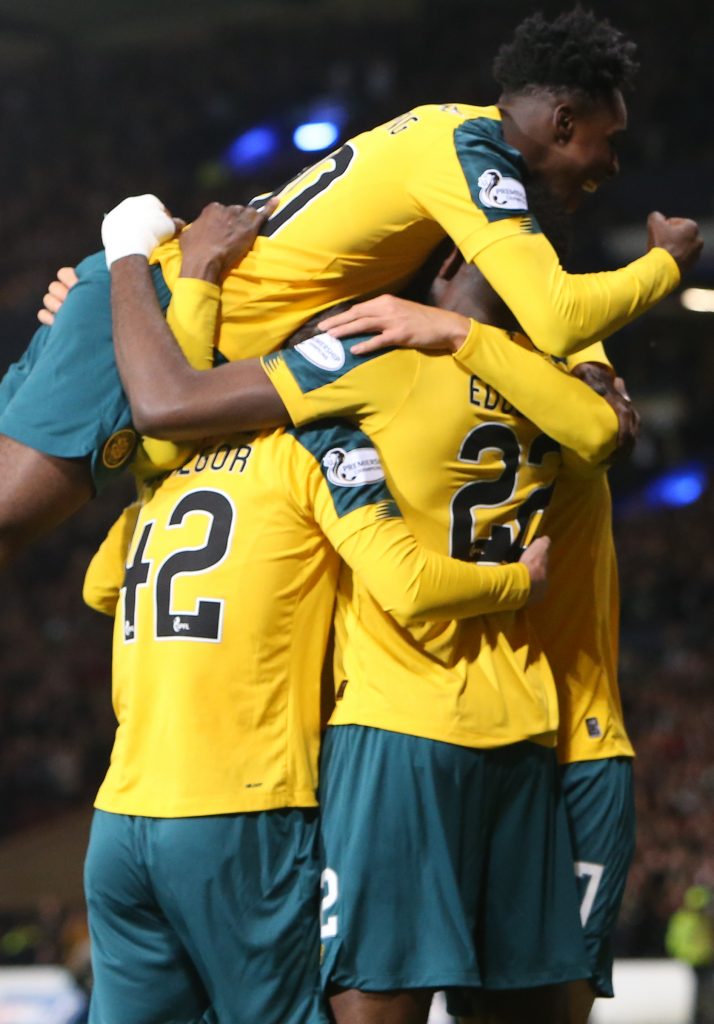 TOP OF THE PILE…Jeremie Frimpong joins the happy throng. 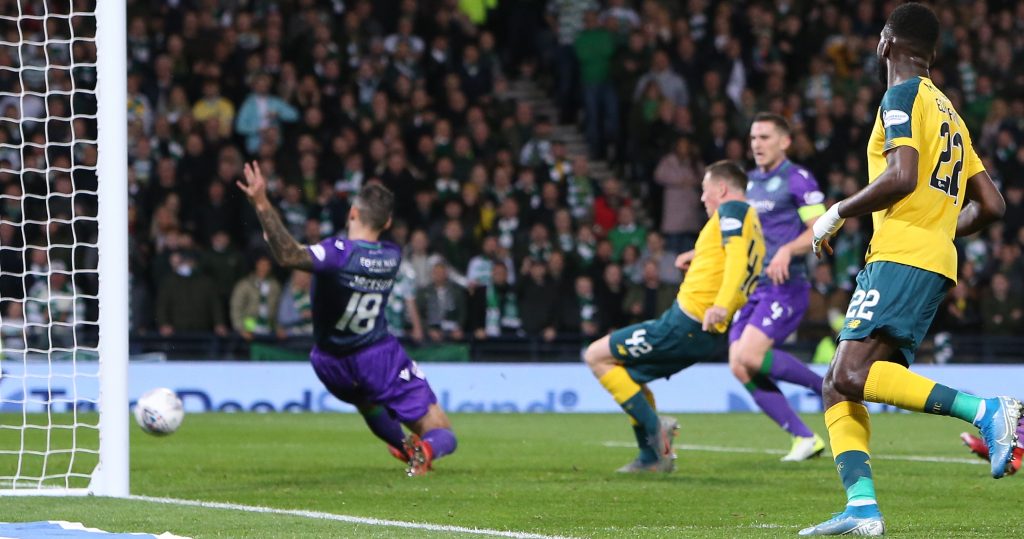 NUMBER TWO…Callum McGregor knocks in a cross from Odsonne Edouard. 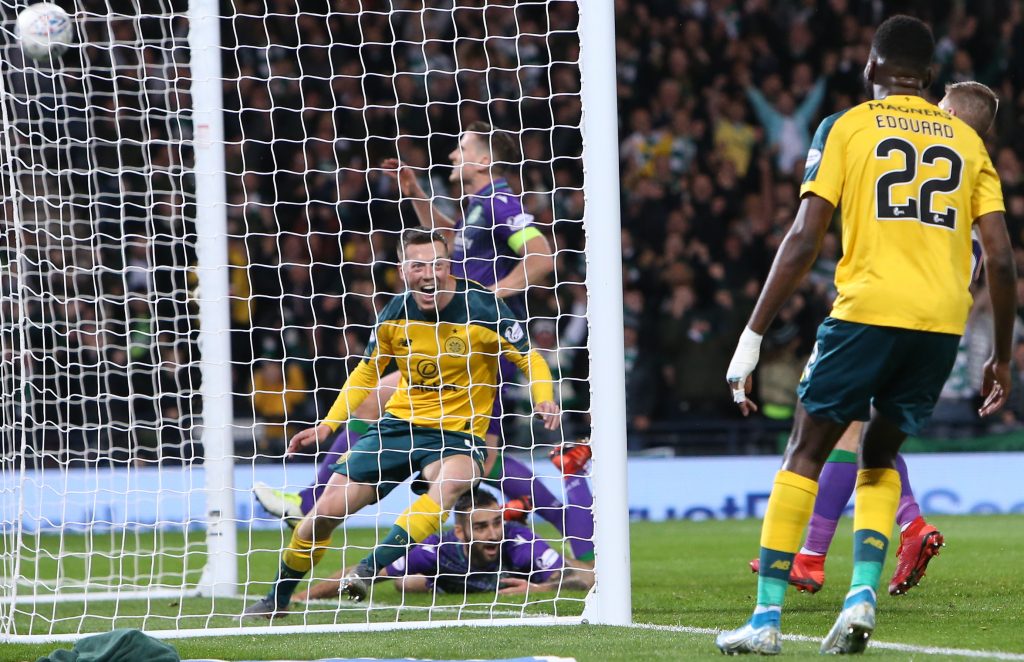 BACK OF THE NET…McGregor shows his delight. 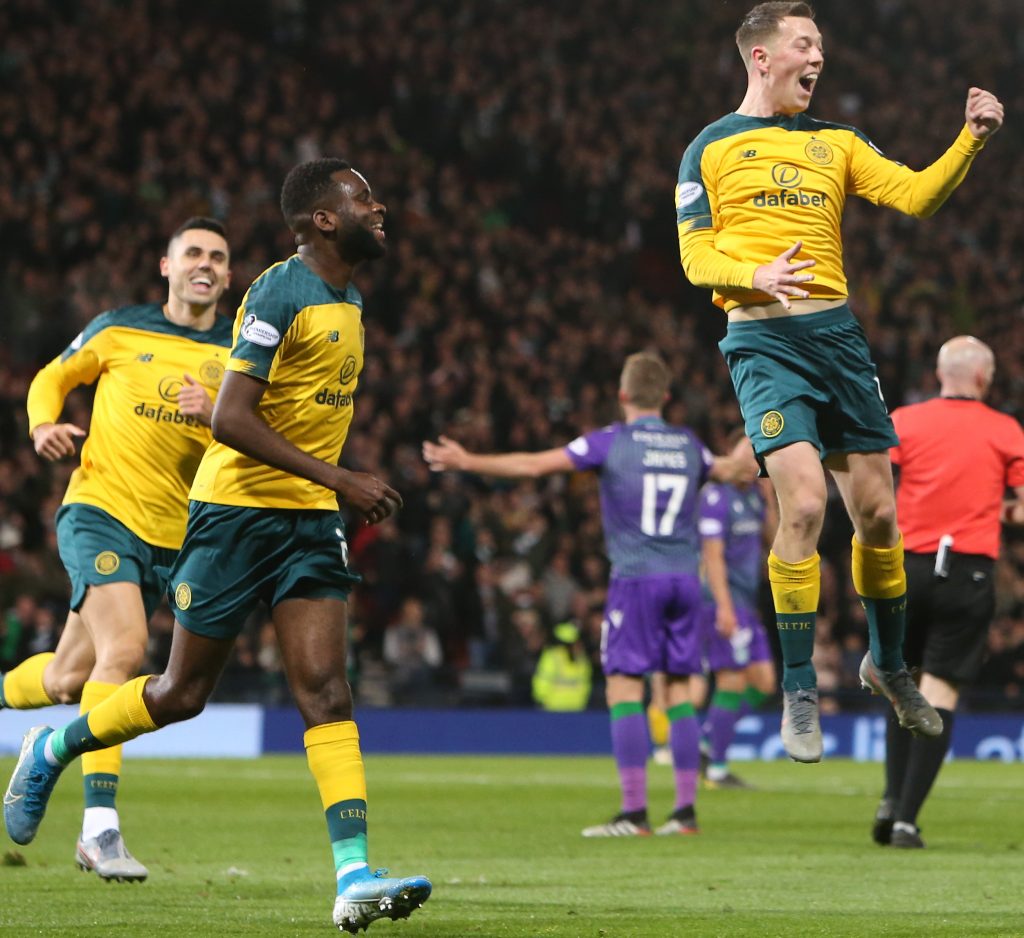 WALKING ON AIR…McGregor celebrates with Tom Rogic and Odsonne Edouard about to join in. 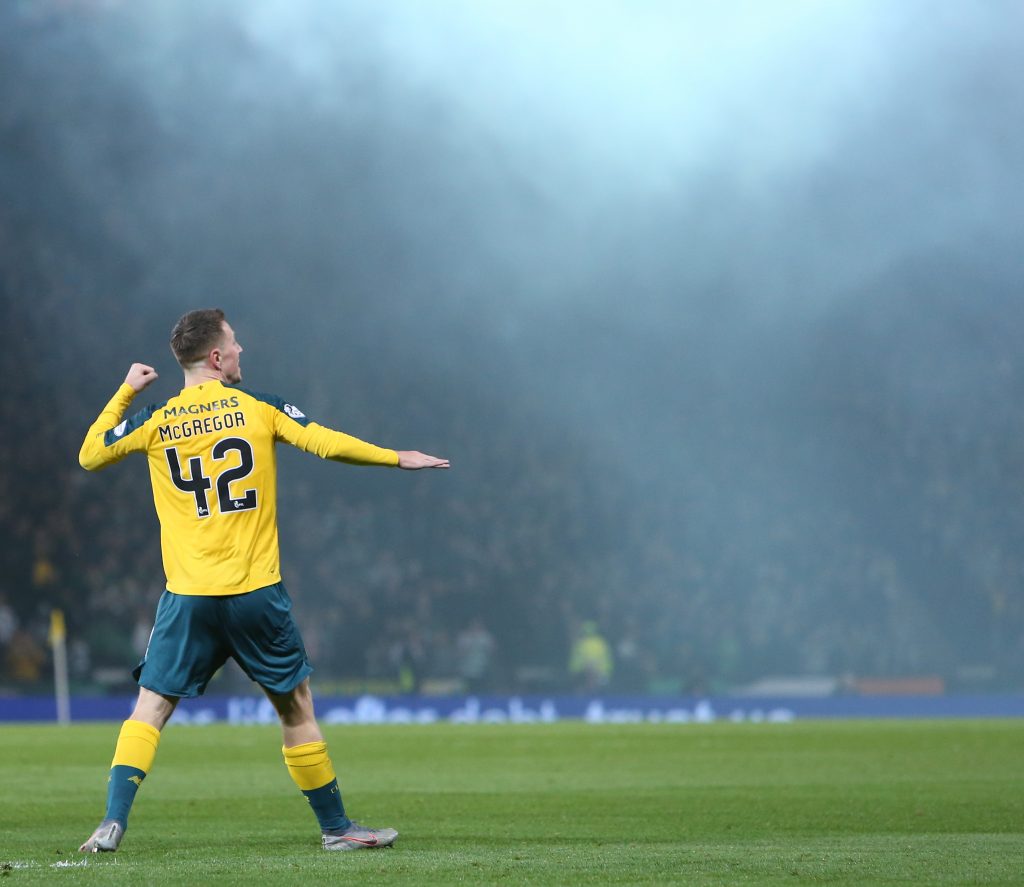 UP IN SMOKE…Callum McGregor at a misty Hampden. 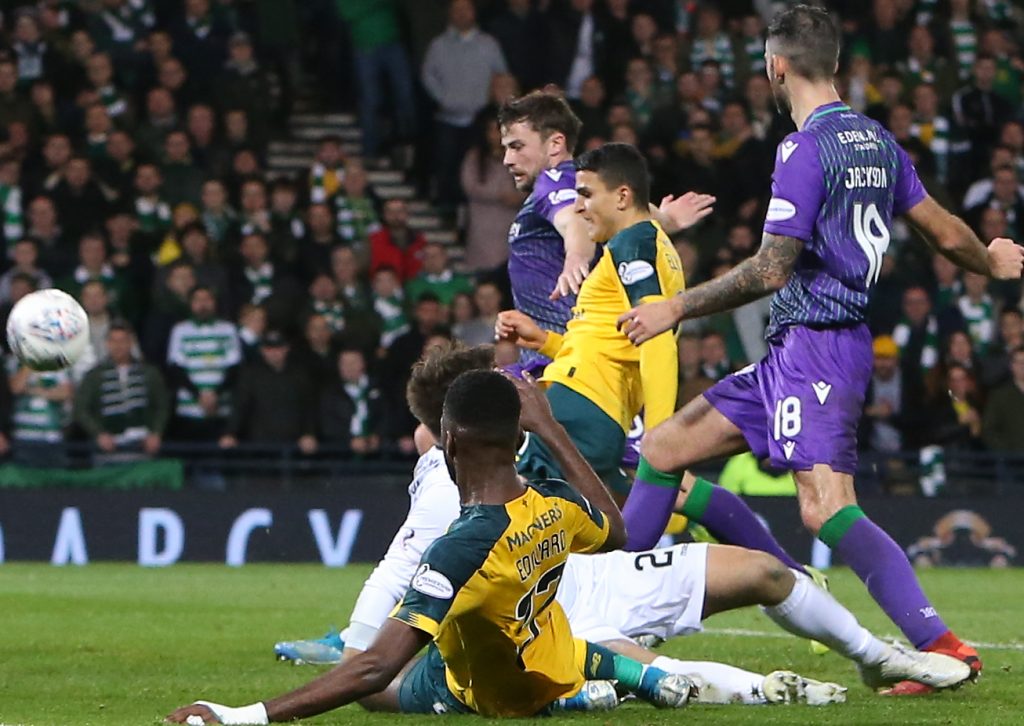 TOUCH WOOD…Elyounoussi is out of luck as he searches for his hat-trick and strikes the Hibs post. 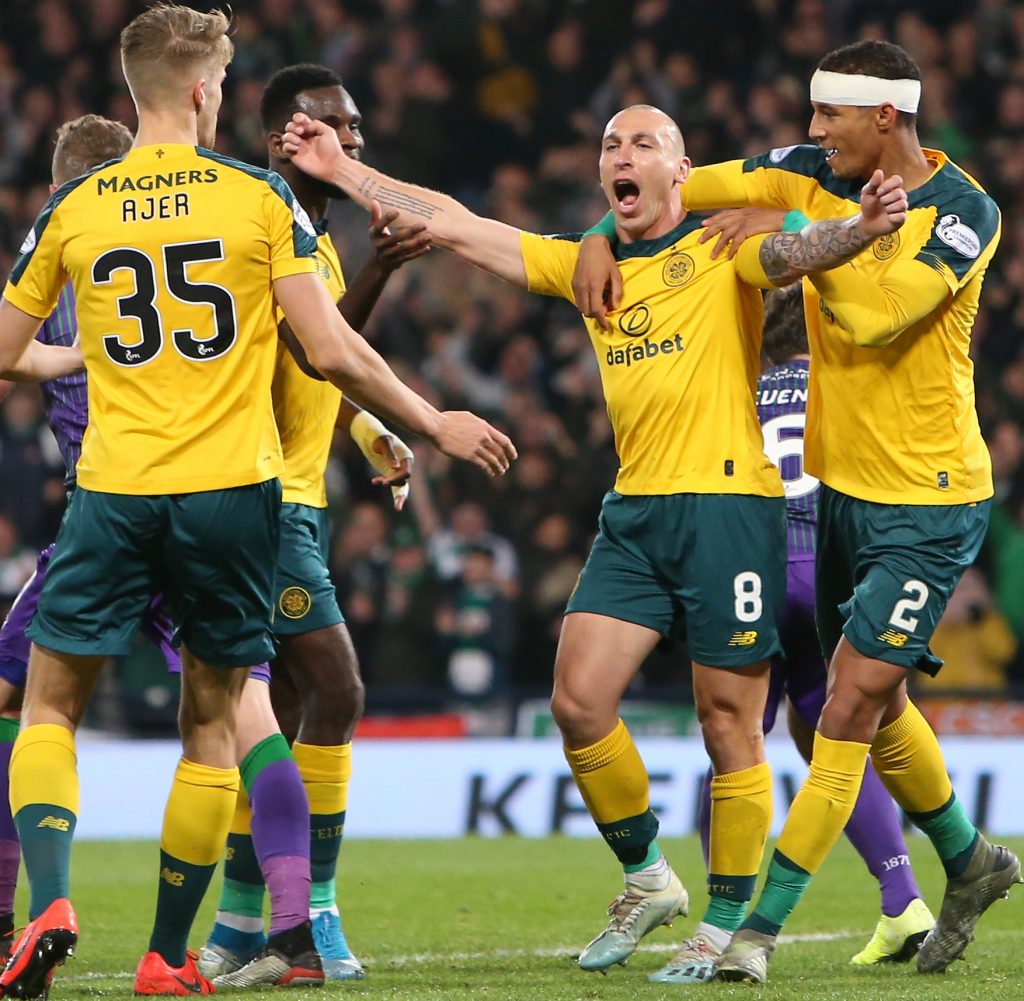 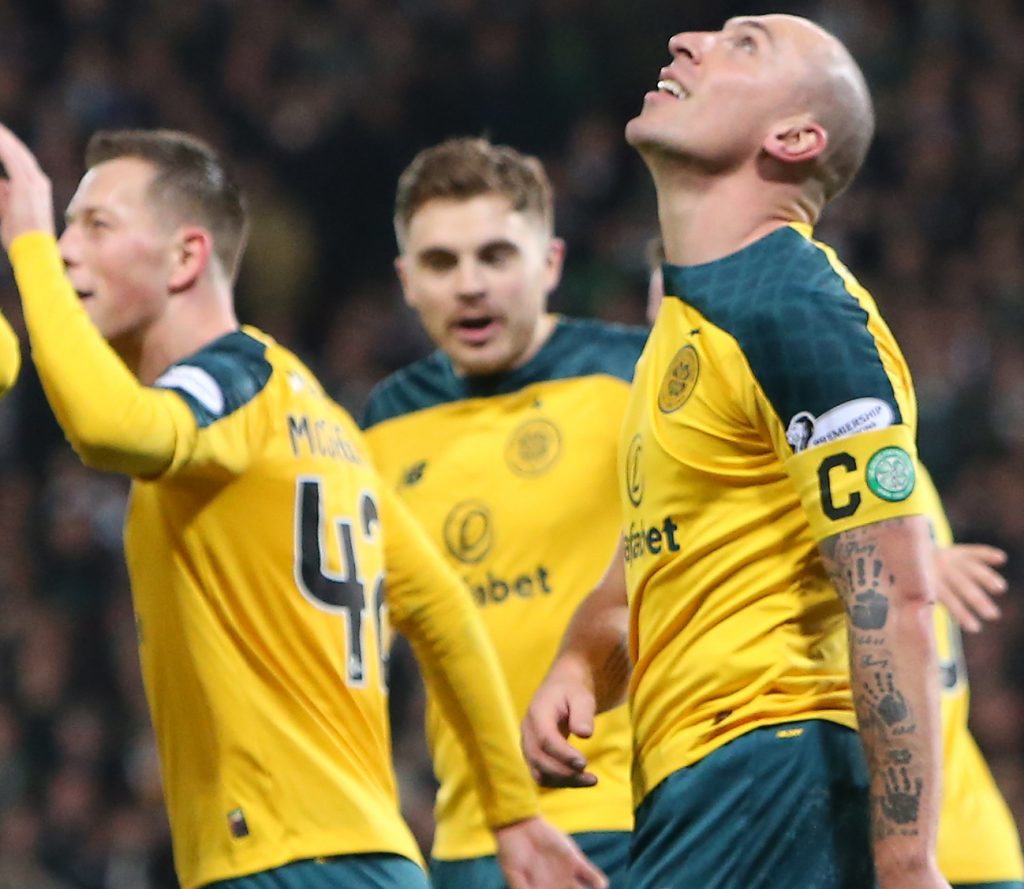 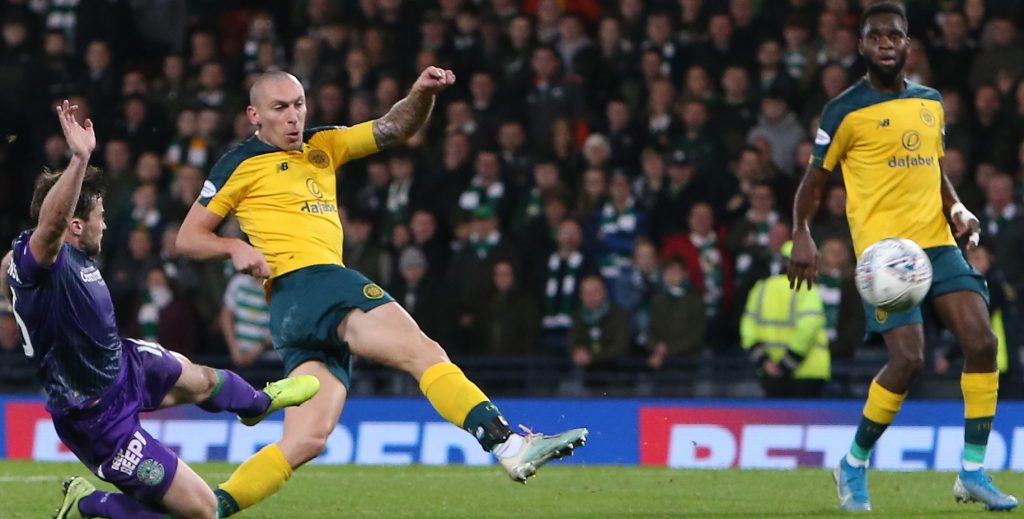 NUMBER FIVE: BY THE RIGHT…Scott Brown blasts a shot at goal in the last minute.

BY THE LEFT…Scott Brown first-times the rebound beyond Chris Maxwell for the final goal. 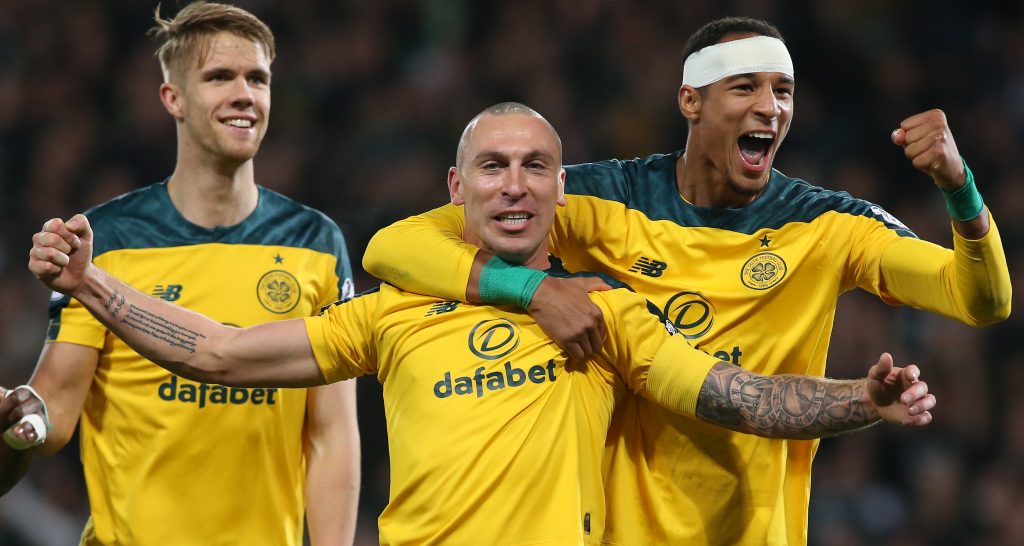 THAT’S MY BHOY…Neil Lennon congratulates Jeremie Frimpong at the end. 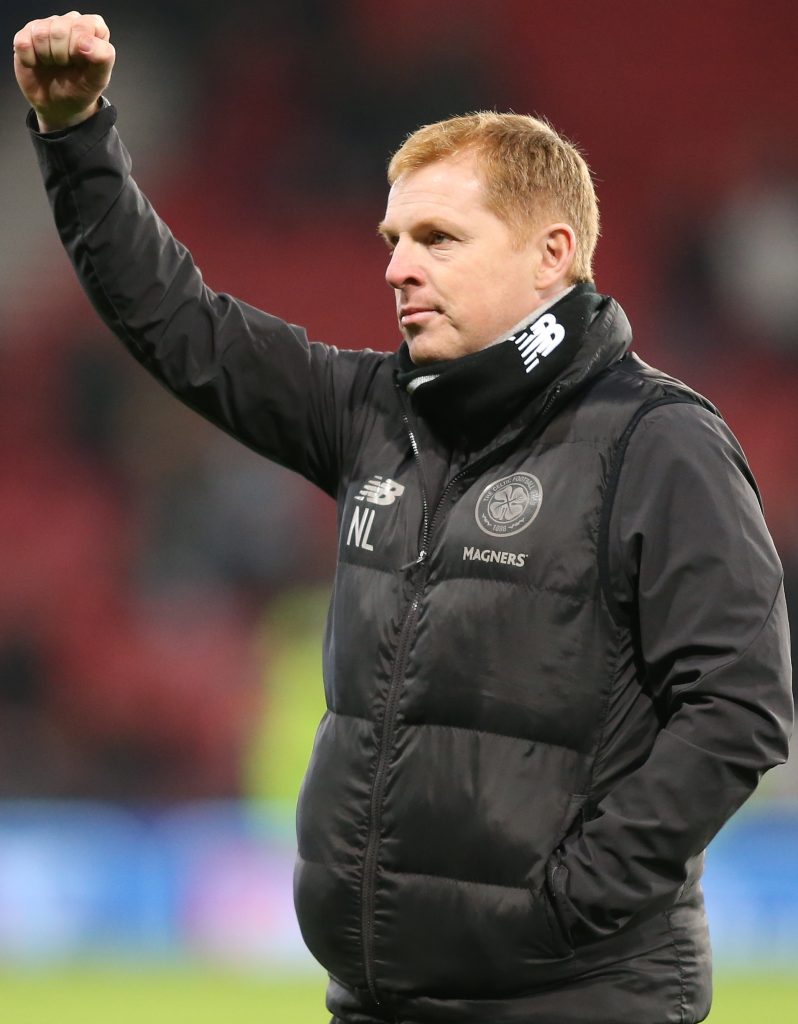 HANDS UP…Neil Lennon salutes the fans at the end of a pulsating performance.