TIMOTHY WEAH has set Celtic Park alight in his two dramatic substitute appearances for Brendan Rodgers’ team over the past four evenings.

On Saturday, the on-loan 18-year-old attacker from Paris Saint-Germain took a bow during the Scottish Cup-tie against Airdrie and celebrated with a debut goal in the 3-0 triumph.

Last night he came off the bench during the Premiership encounter against St Mirren and grabbed the spotlight again with a smart fourth goal for the Hoops in their 4-0 victory over the Paisley outfit.

There is little doubt the American is enjoying life in Paradise.

CQN‘s snapper supreme Geo was there to capture Weah’s joy in front of his new fans. 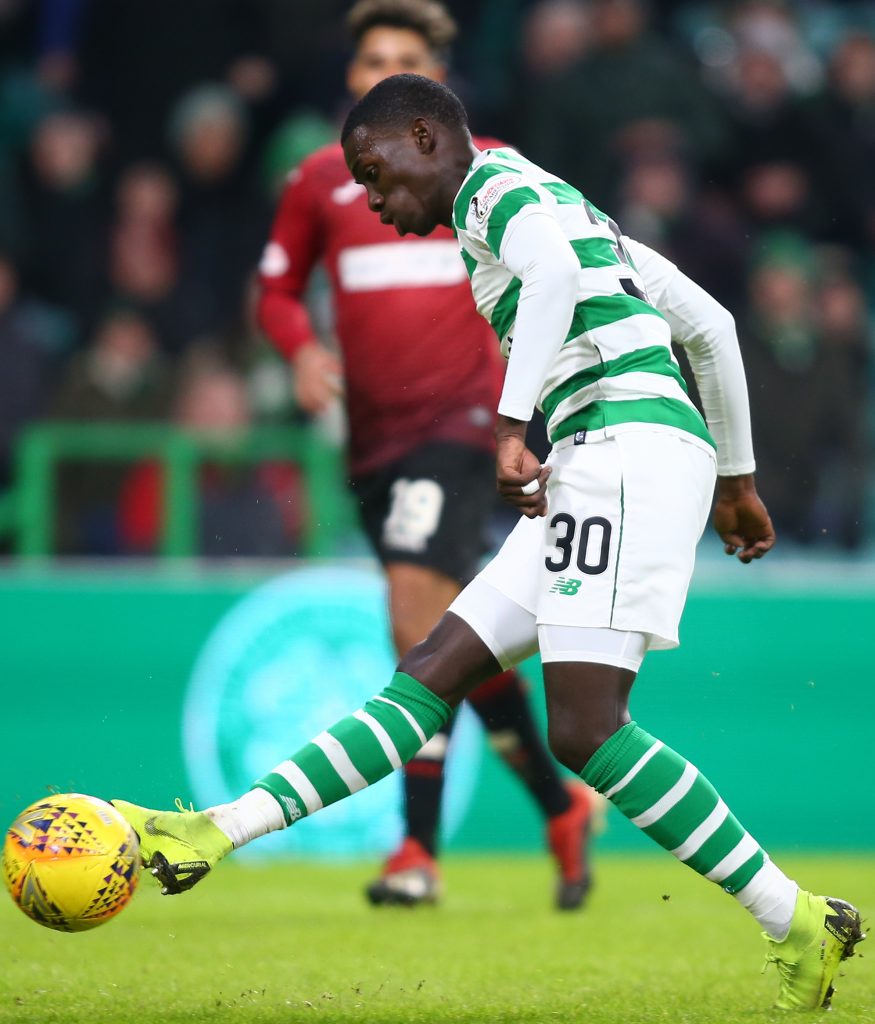 BY THE RIGHT…Timothy Weah expertly strokes the ball towards goal. 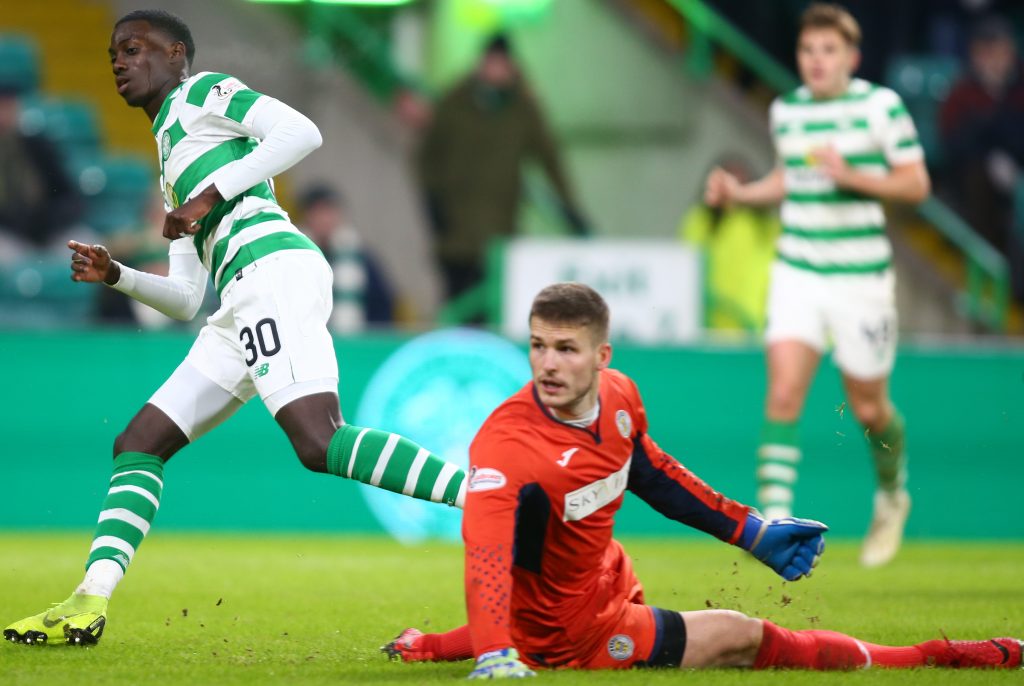 IT’S THERE…the new Celt turns away as the ball is on its way into the net with keeper Vaclav Hladky helpless. 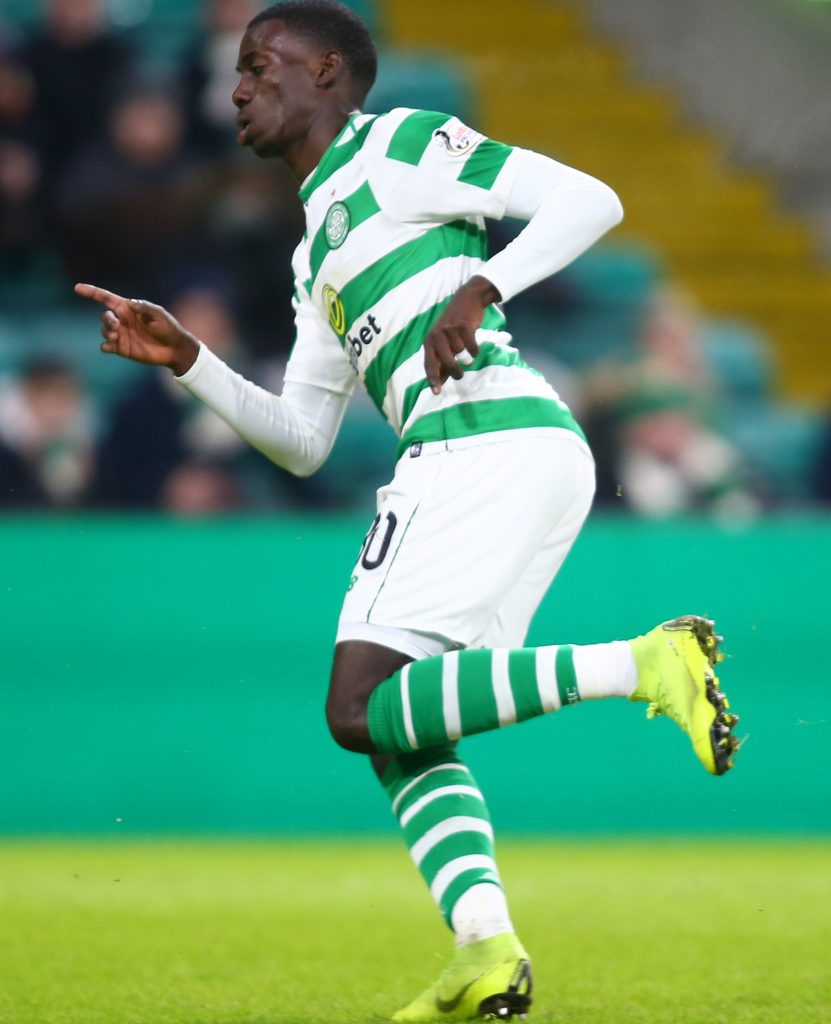 GETTING THE POINT…Weah prepares to take off in celebration. 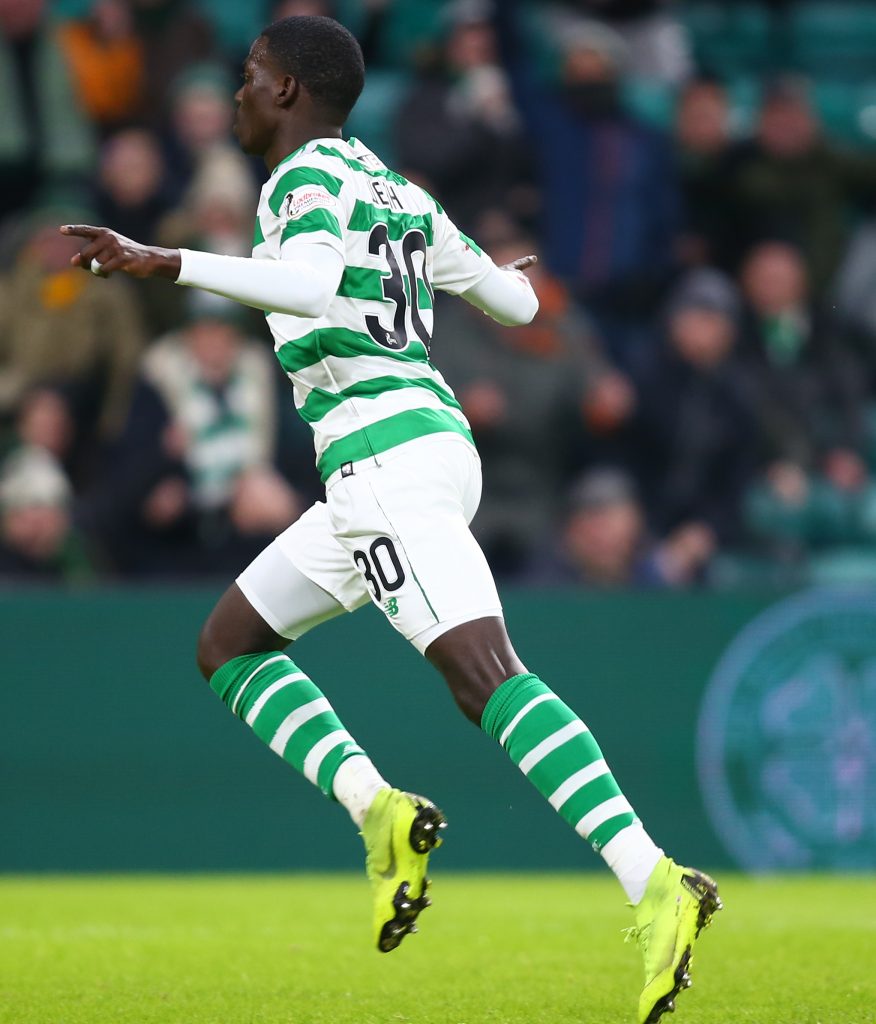 ON A WING AND A SLAYER…Weah heads for the fans. 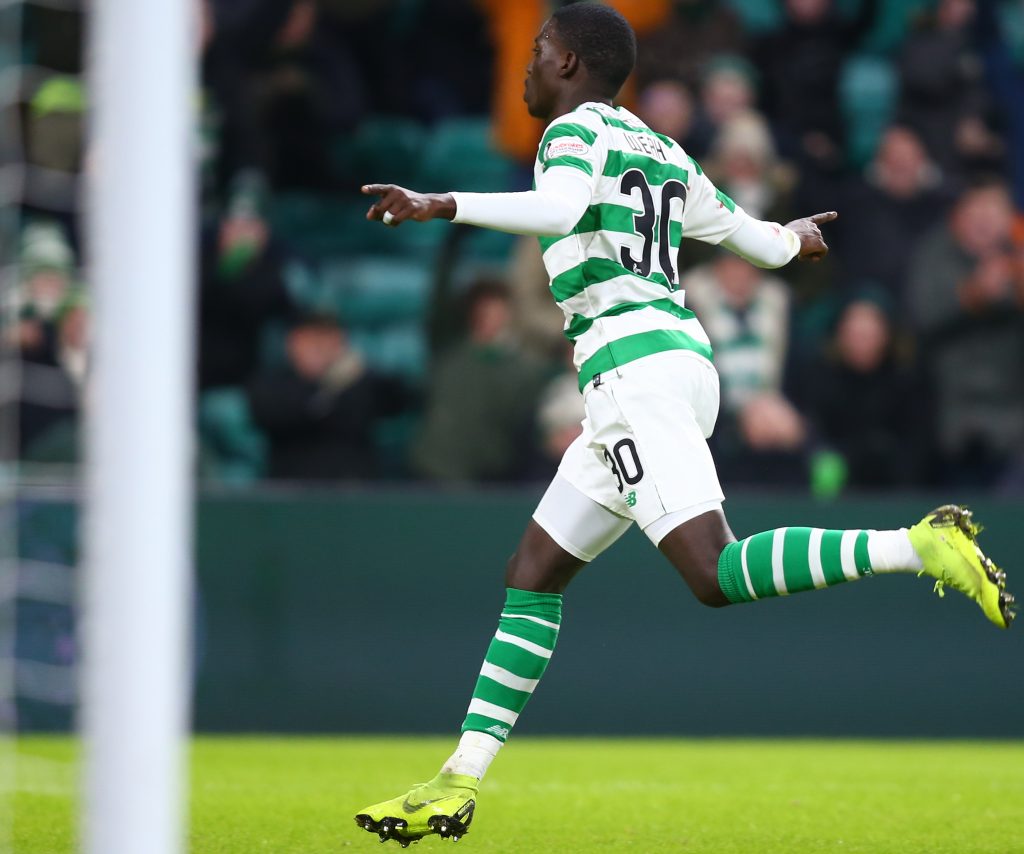 FLYING HIGH…the American international is in a flap. 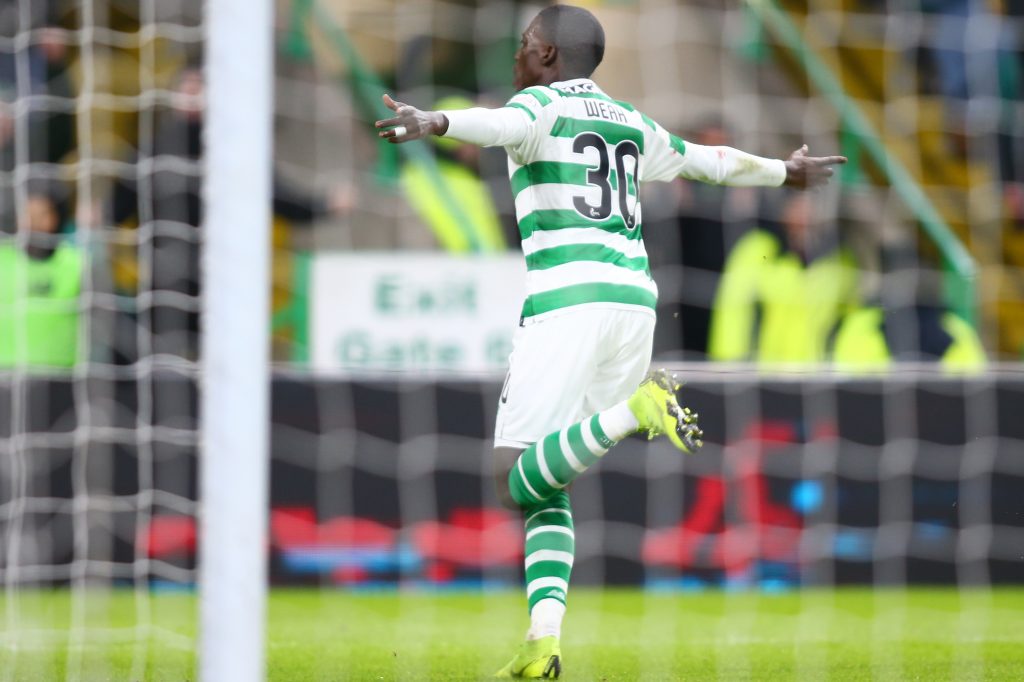 I’M ON MY WEAH…Timothy laps up the cheers. 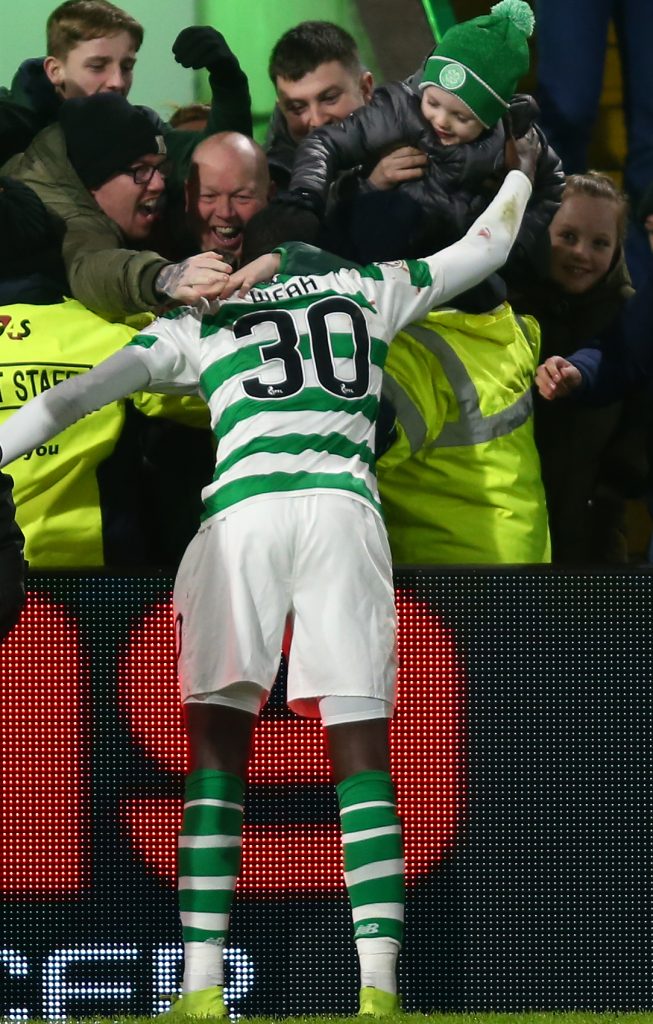 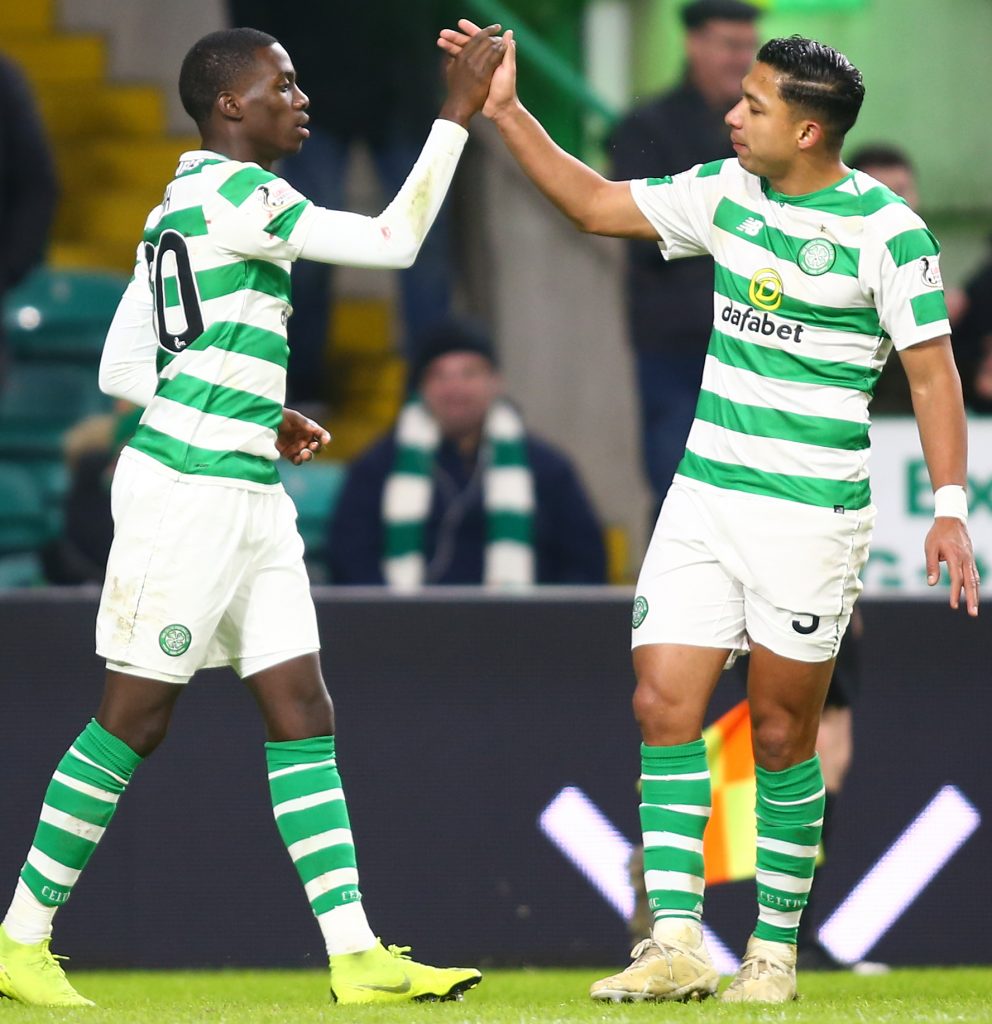