OLIVER BURKE has hit the ground running since arriving at Celtic on loan from West Brom last month – and all eyes will be on the speedy attacker against Valencia at Parkhead this evening.

The 21-year-old admits he is going into the Europa League tie high on confidence. And no wonder.

Burke is only FIVE goals away from equalling his total for his ENTIRE career with Nottingham Forest, Bradford (loan), RB Leipzig and the Midlands outfit.

The frontman claimed six at his first club Forest, drew a blank during his temporary transfer, scored one for the Bundeslgia club and equalled that solitary effort at the Championship side.

The instant Celtic fans’ favourite has scored three for Brendan Rodgers’ men – two against St Mirren in his second game and one against Hibs last week.

CQN‘s snappers caught the instant he opened his account at Parkhead with a diving header in the 11th minute against the Paisley visitors when he diverted a Ryan Christie free-kick past keeper Vaclav Hladky.

He  enjoyed the sensation so much he repeated the feat in the second-half during the champions’ 4-0 triumph.

Here is Burke’s special moment from January 23 in Paradise. 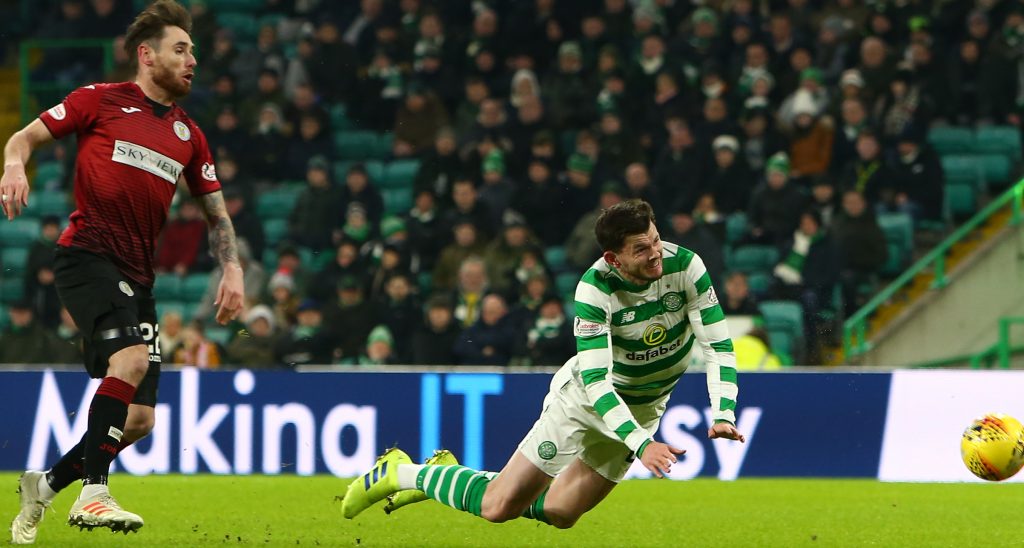 AIR WE GO…Oliver Burke dives forward to make contact with the ball.

GROUNDED…Burke is flat out as the St Mirren keeper tries to deflect the header. 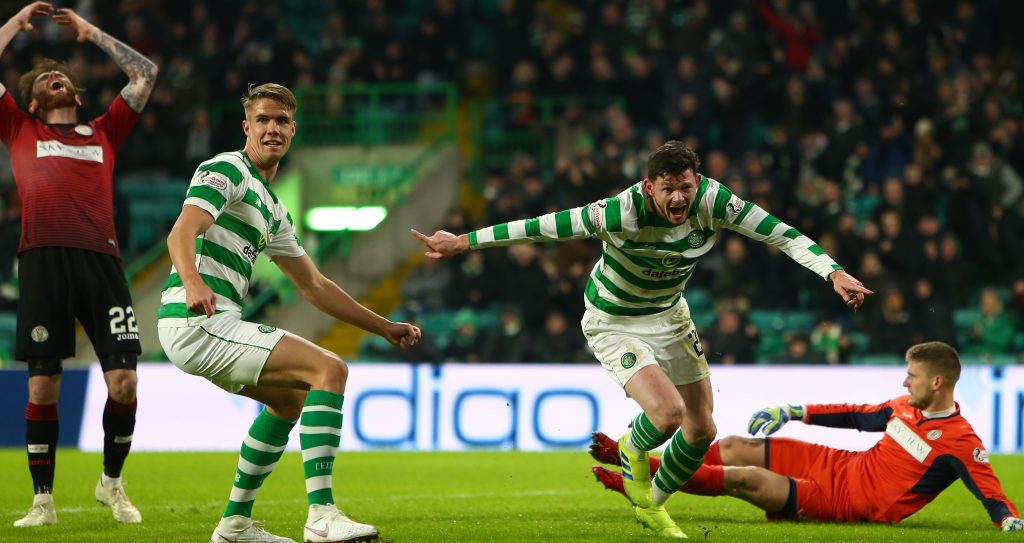 IT’S IN…Burke turns away in delight as Kristoffer Ajer shares his joy. 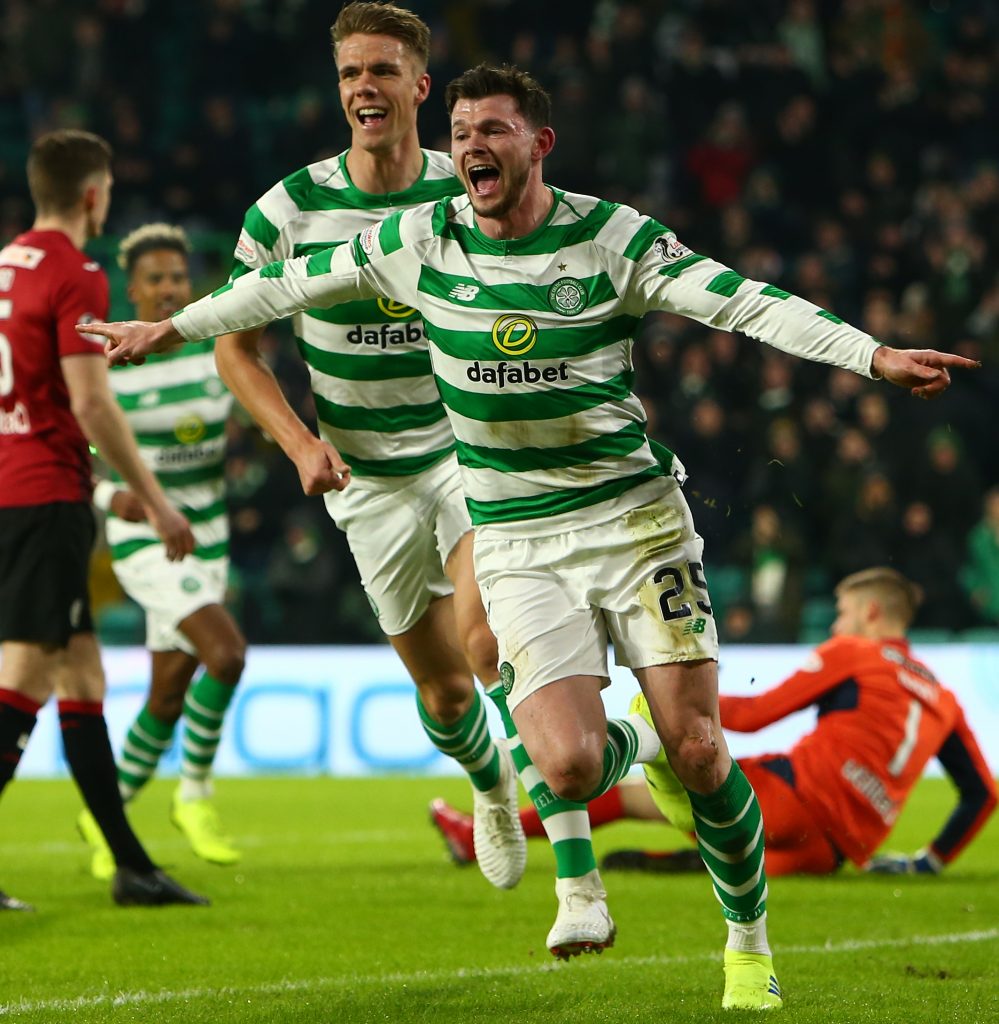 YIPPEE…Burke and Ajer race to receive the acclaim of the Hoops supporters. 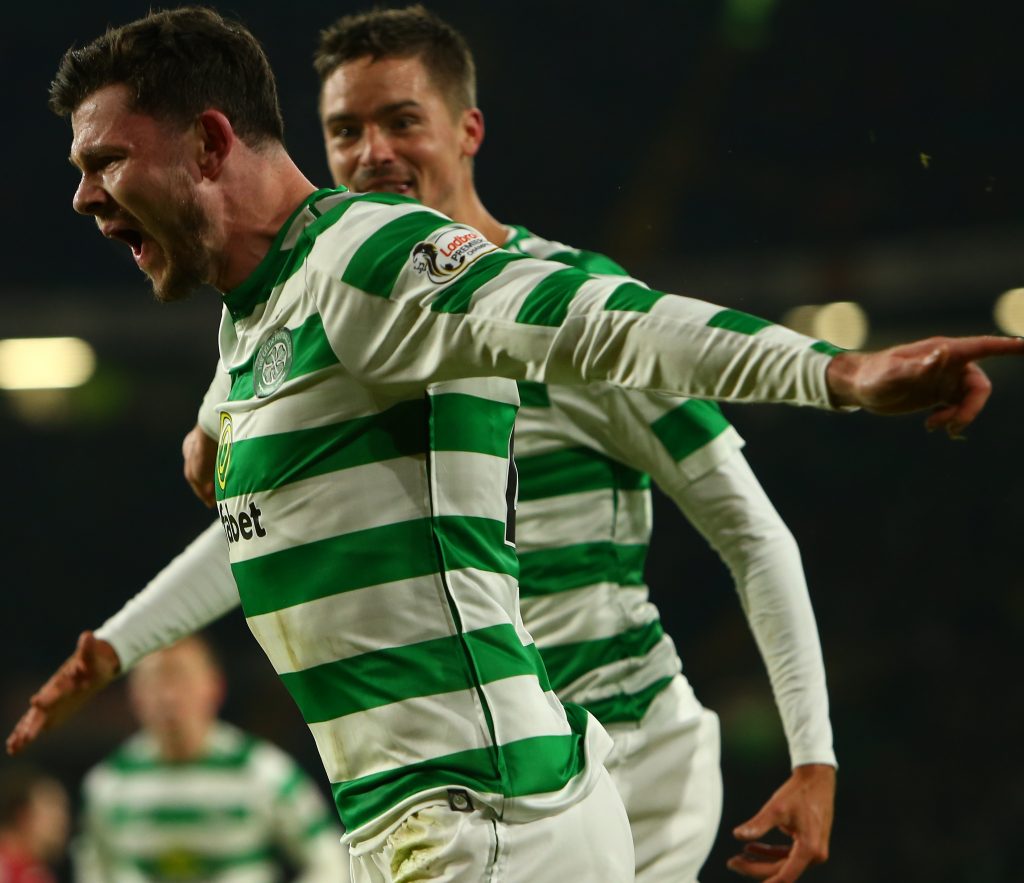 GOAL-DEN MOMENT…Mikael Lustig is about to share Burke’s big moment. 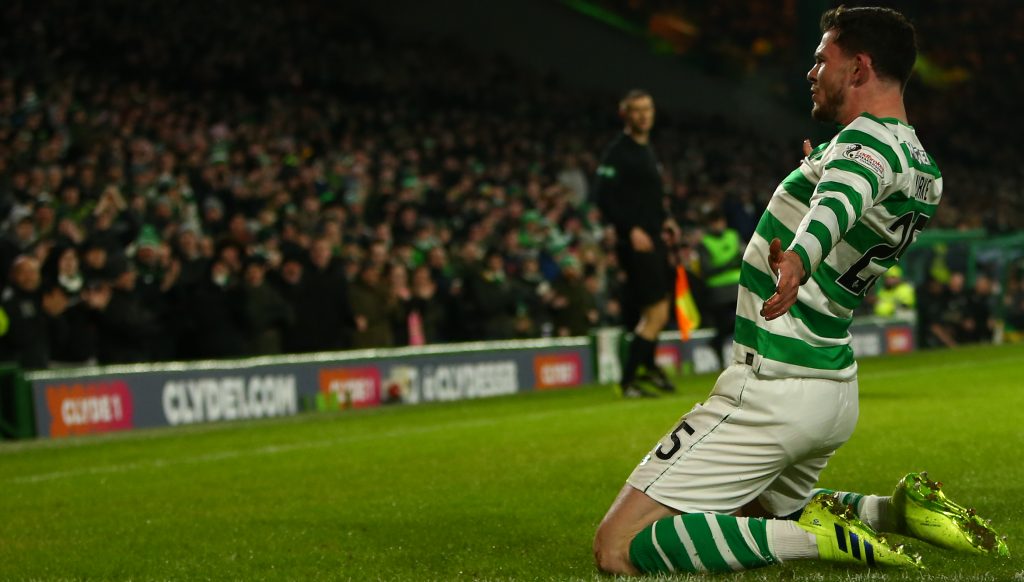 KNEESY DOES IT…Oliver Burke slides on the turf as the supporters celebrate his first goal for the club.