CELTIC huffed and puffed, but they could not get a breakthrough goal against Livingston in the scoreless stalemate at Parkhead at the weekend.

It was the second successive Premiership confrontation the champions have failed to net a solitary effort against the Lothian outfit following the identical scoreline in November.

Worryingly, for interim manager Neil Lennon, it was the second occasion in his three league games in the east end of Glasgow where his team has fired blanks, the other draw coming last month against Sunday’s Scottish Cup semi-final opponents Aberdeen.

The champions tried hard for the duration against a stubborn Livi rearguard where Liam Kelly made several excellent stops to defy the Bhoys. 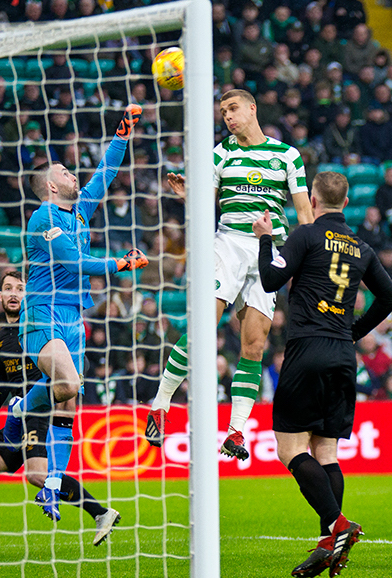 UP AND AT ‘EM…Jozo Simunovic puts the pressure on Livi keeper Liam Kelly. 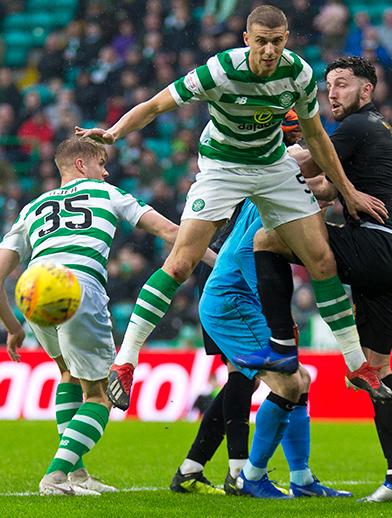 UNORTHODOX…Simunovic, with the help of Kristoffer Ajer, tries a novel way of attempting to break down the defence. 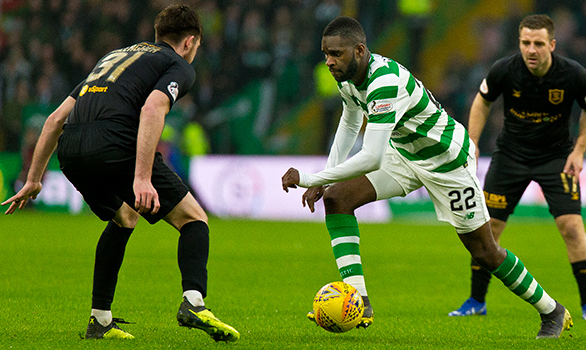 ON THE RUN…Odsonne Edouard menaces the Livi back lot. 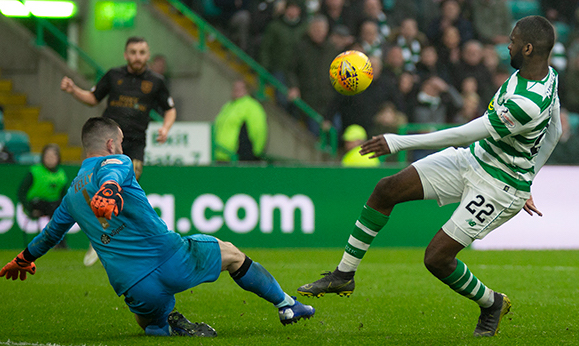 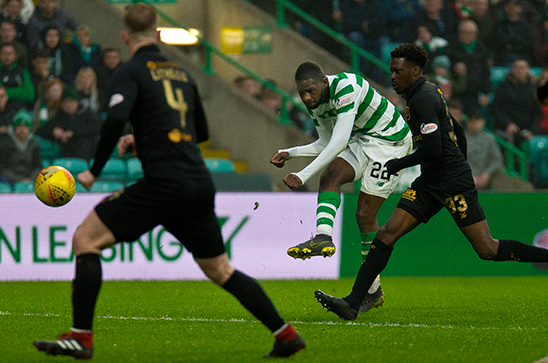 WALLOP…Edouard fires in a right-foot shot – to no avail, alas. 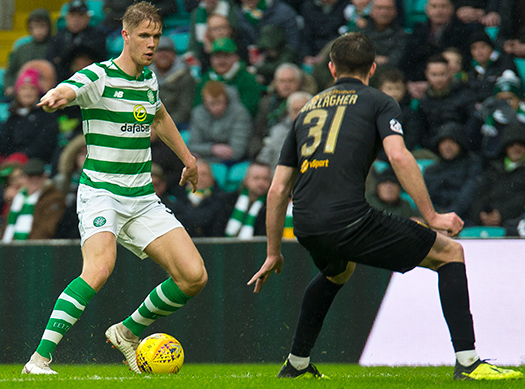 POISE AND POWER…Kristoffer Ajer adds his weight to the attack. 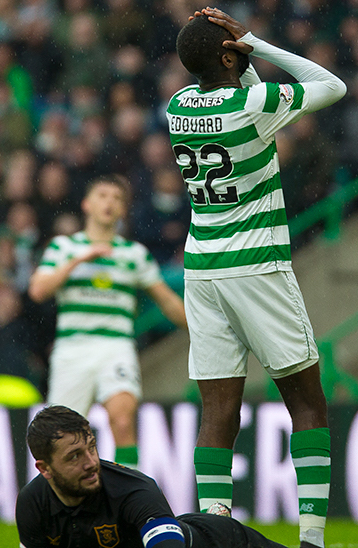 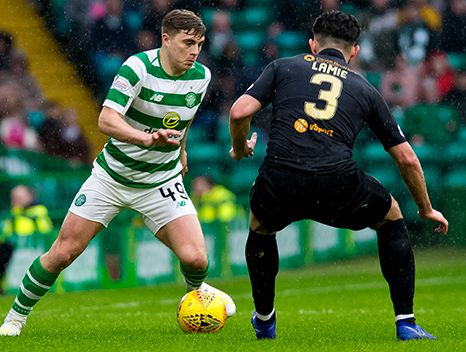 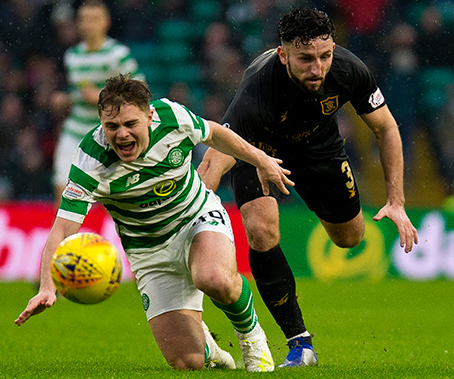 OUCH…Forrest prepares to crash to the turf after a wayward challenge. 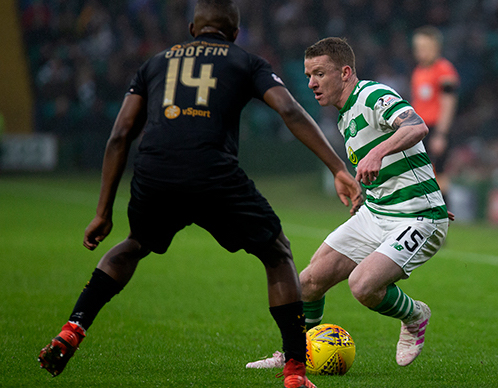 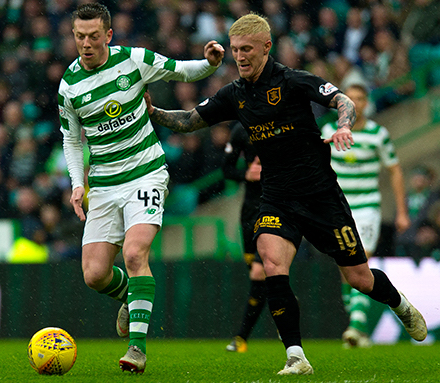 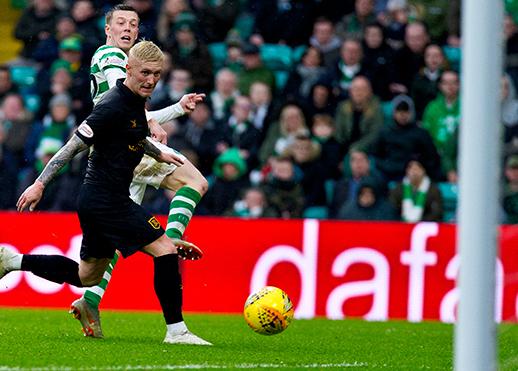 SO CLOSE…McGregor gets a shot away under the scrutiny of his ‘shadow’ Sibbald. 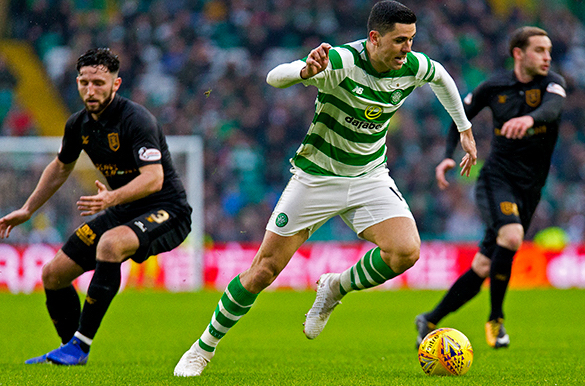 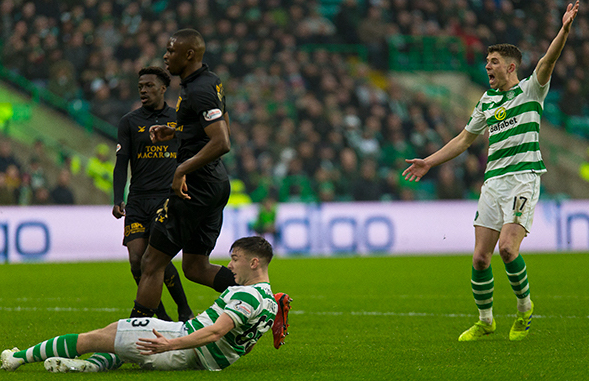