A two-goal salvo from the Spaniards just before and after the interval proved an insurmountable task for Brendan Rodgers’ men on a disappointing evening.

Now they have to go again in the Mestalla on Thursday and hope they can provide the miracle that will open the door to the competition’s last-16. We live in hope.

CQN‘s team of ace snappers were at the game last night. Here is the pick of the pics.

THE LINE-UP…Celtic players observe the minute’s silence before kick-off. 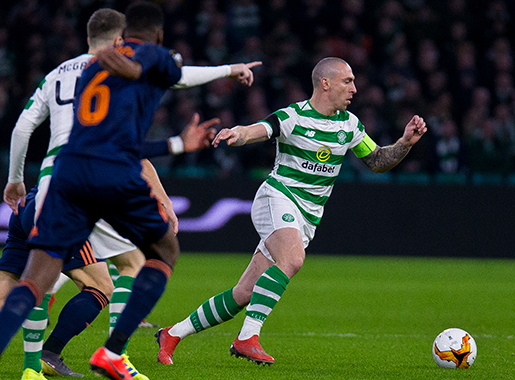 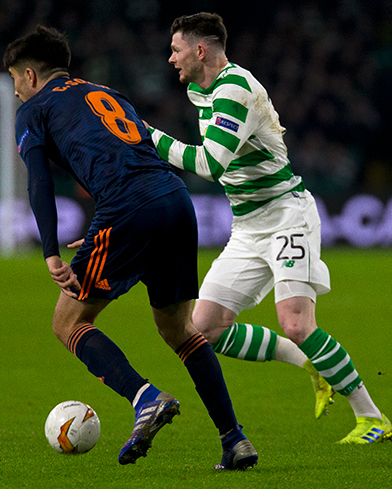 LONE BHOY…on-loan Oliver Burke is on his own as he surges into attack. 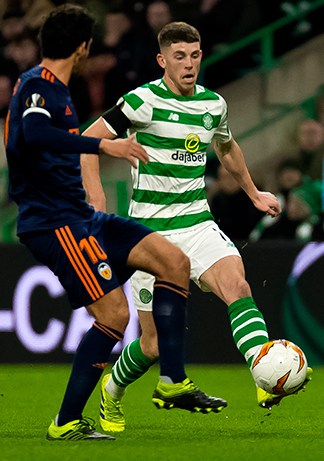 BY THE LEFT…Ryan Christie attempts to conjure up an opening. 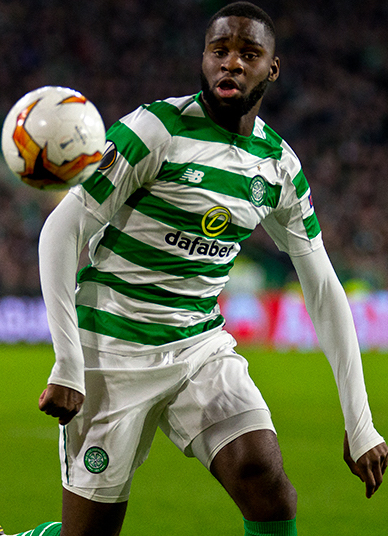 EYES ON THE BALL…Odsonne Edouard displays his prowess. 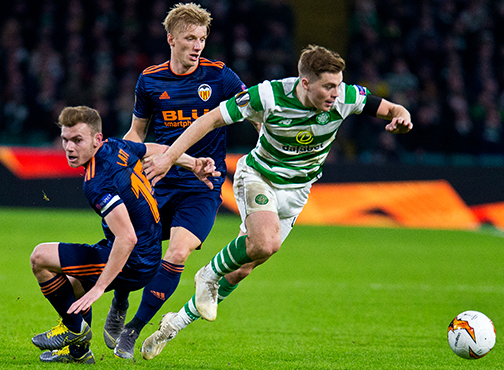 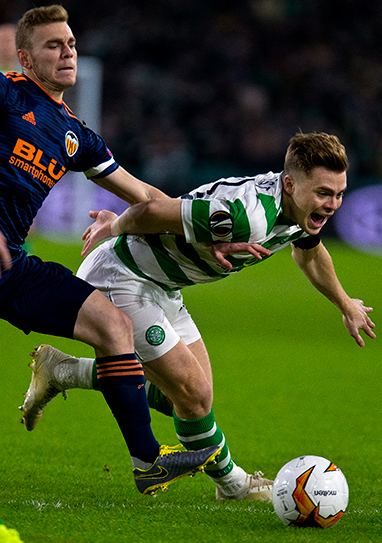 GOING DOWN…James Forrest is sent tumbling after a challenge. 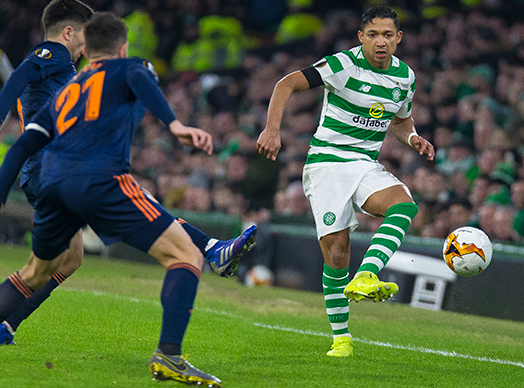 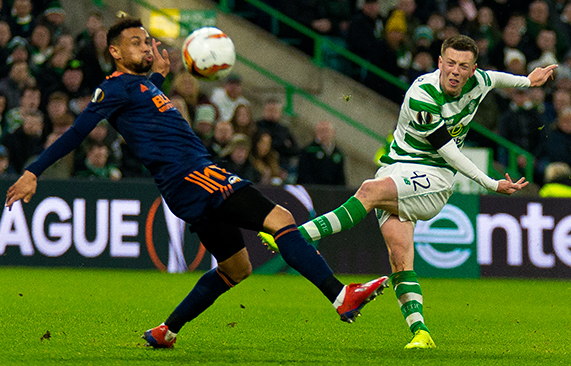 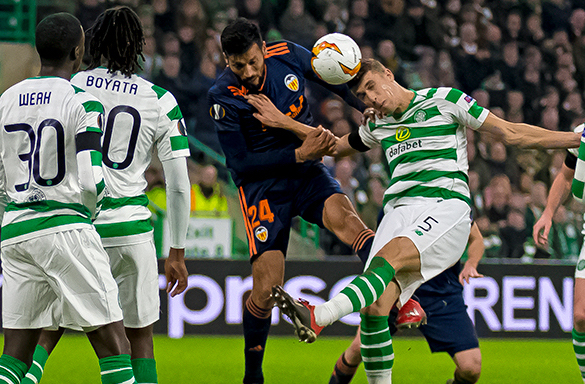 HEADS I WIN…Jozo Simunovic comes out on top in an aerial duel. 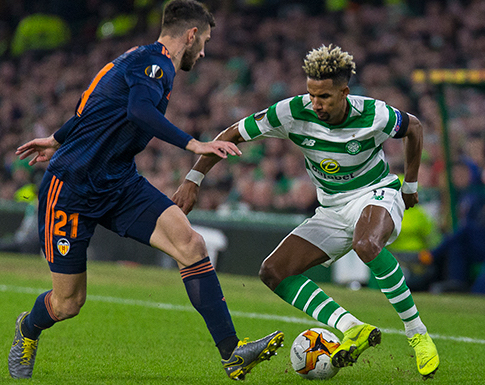 QUICK STEP…Scott Sinclair prepares to turn inside his opponent. 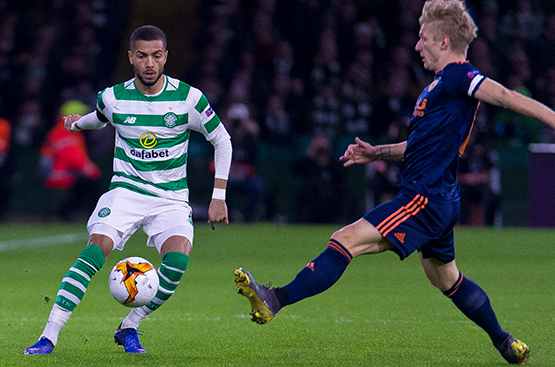 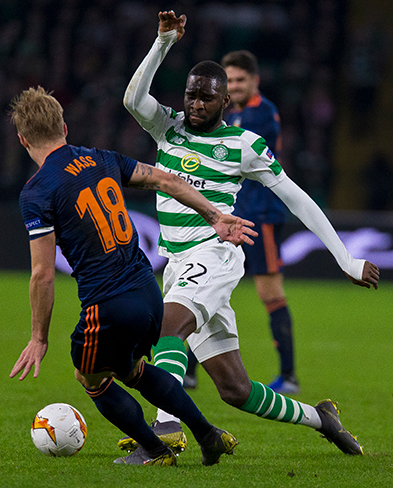 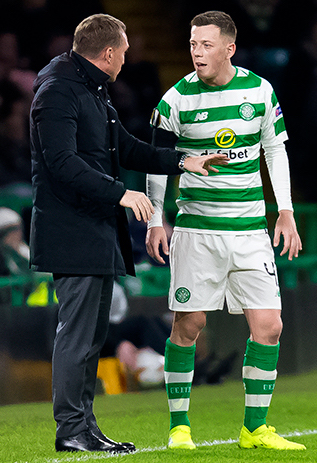