ONE down and two to go as Celtic zero in on an unprecedented third successive silverware clean sweep.

That’s the situation the Hoops find themselves in after the 1-0 Betfred League Cup Final triumph over Aberdeen at Hampden yesterday when Ryan Christie rifled in the winner in first-half stoppage-time.

CQN‘s photographers were busy at the national stadium and here is Part Two of our picture parade as one trophy was claimed – with the Premiership crown and Scottish Cup firmly on the Hoops’ radar. 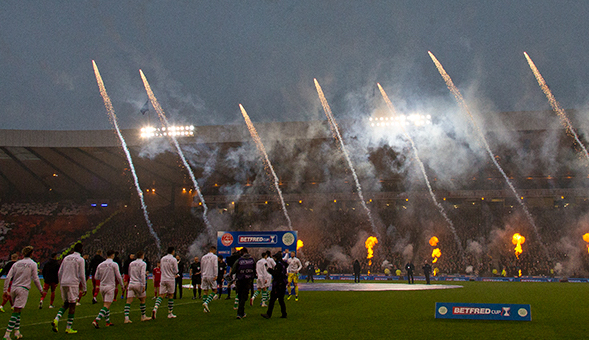 WELCOME TO HAMPDEN…the teams take the field in a spectacular setting. 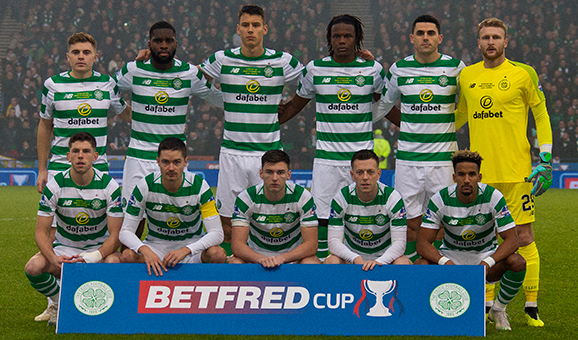 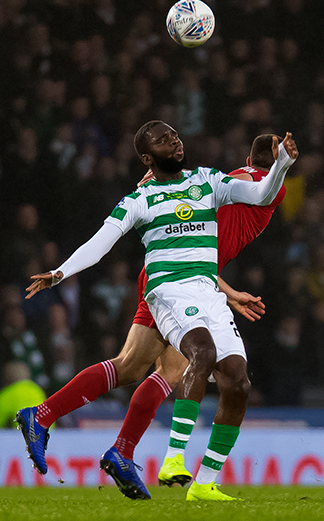 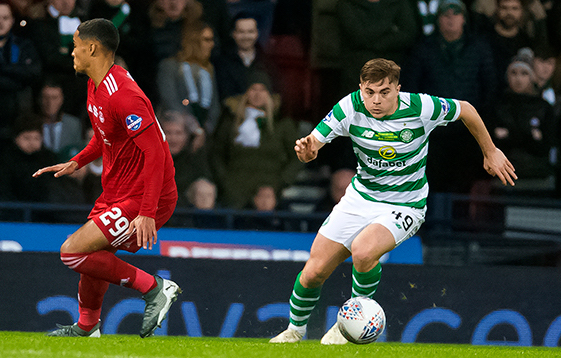 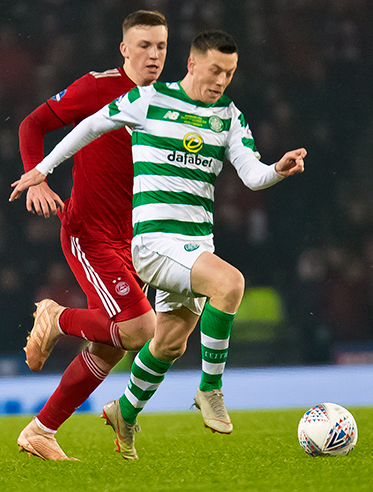 ON THE RUN…Callum McGregor shows a clean pair of heels to Lewis Ferguson. 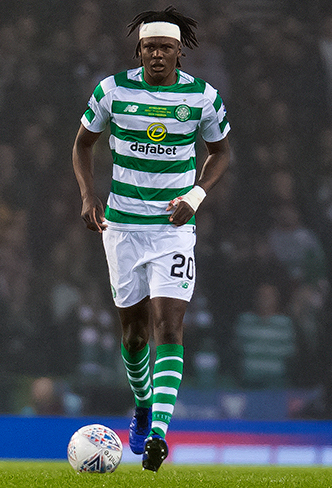 WOUNDED HERO…bandaged Derek Boyata battled on for most of the game. 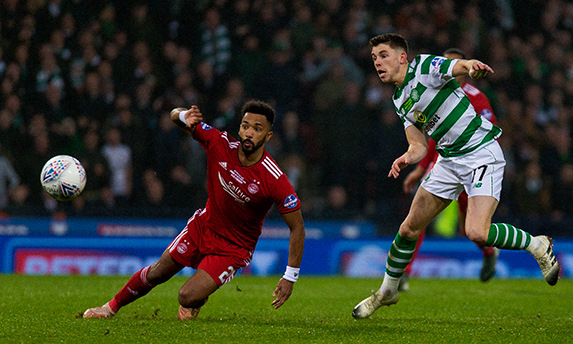 SPLIT-SECOND FROM GLORY…Ryan Christie prepares to thump in a left-foot drive as the rebound comes back off Joe Lewis. Shay Logan is helpless. 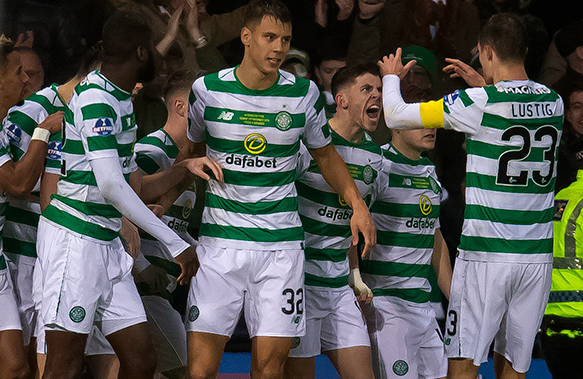 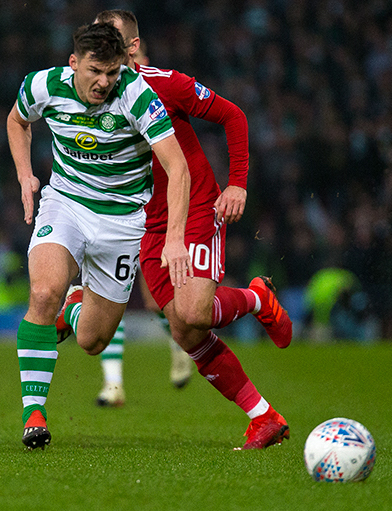 BY THE LEFT…Kieran Tierney races away from Niall McGinn. 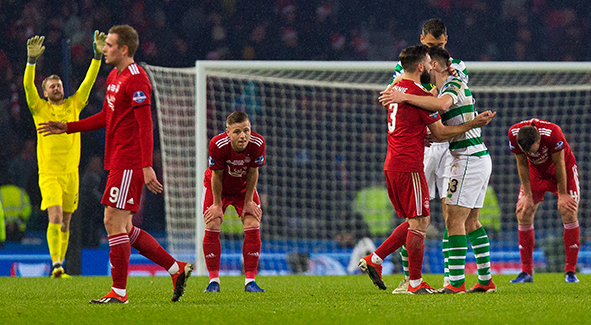 THE END GAME…goalkeeper Scott Bain, playing in his first Cup Final, and his Celtic team-mates celebrate at full-time. 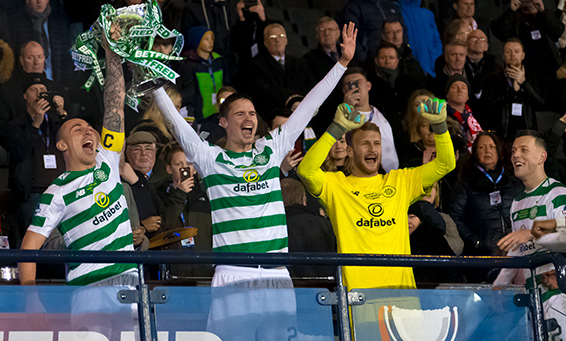 THE CUP THAT CHEERS…Scott Brown, Mikael Lustig, Scott Bain and Callum McGregor whoop it up. 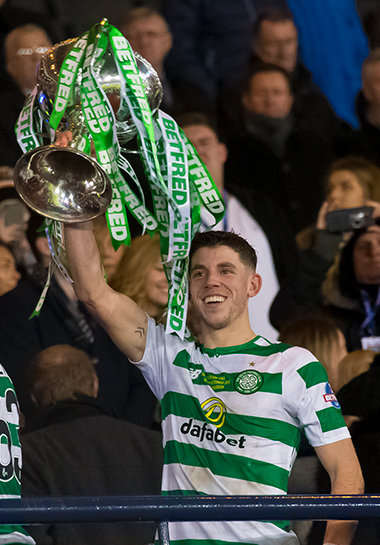 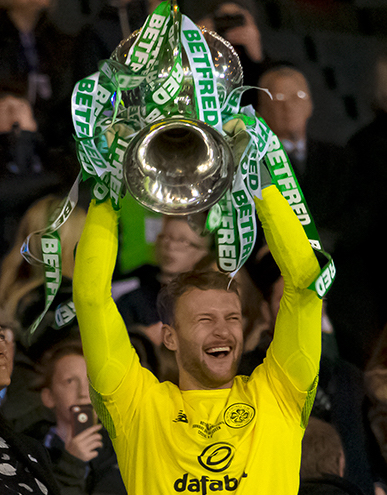 IN SAFE HANDS…Scott Bain is all smiles as he shows off the silverware. 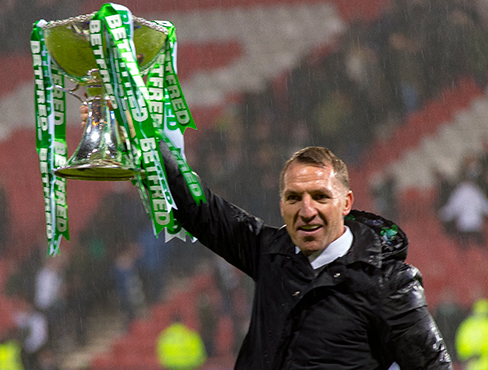 THE SEVENTH WONDER…delighted Brendan Rodgers with trophy No.7 since taking over as Celtic boss.

CONGRATULATIONS…Celtic players and management lap up the applause of the overjoyed Celtic support.