CELTIC drew on untapped reserves of courage to make history at Hampden yesterday.

It was an afternoon at the national stadium that was not designed for silky football as the rains continued to topple from the leaden skies on the south side of Glasgow.

Neil Lennon took his side into the Betfred League Cup Final in their determined quest for their TENTH successive domestic honour. It had never been achieved in the history of Scottish football and even the Hoops, with a folklore littered with record-breaking feats, hadn’t come close to such a feat. However, after the smoke of battle cleared, they had managed to nudge towards a spectacular quadruple of trophies.

So, that’s one down and two to go. To ring up double figures over three-and-a-half years is a sensational sequence of success. And the manager was quite correct to hail the bravery of his players during an uncomfortable 96 minutes where they had to play over a third of the contest in stamina-sapping conditions with only 10 men following the dismissal of Jeremie Frimpong.

Christopher Jullien hammered in a Ryan Christie free-kick in the 60th minute and it really was a case of cometh the hour comes the man. The £7million French central defender finished with the aplomb of a seasoned striker – and did the big man enjoy that moment!

CQN‘S ace lensmen were at Hampden yesterday to capture the action from a memorable spectacle. Here is the pick of the pics. 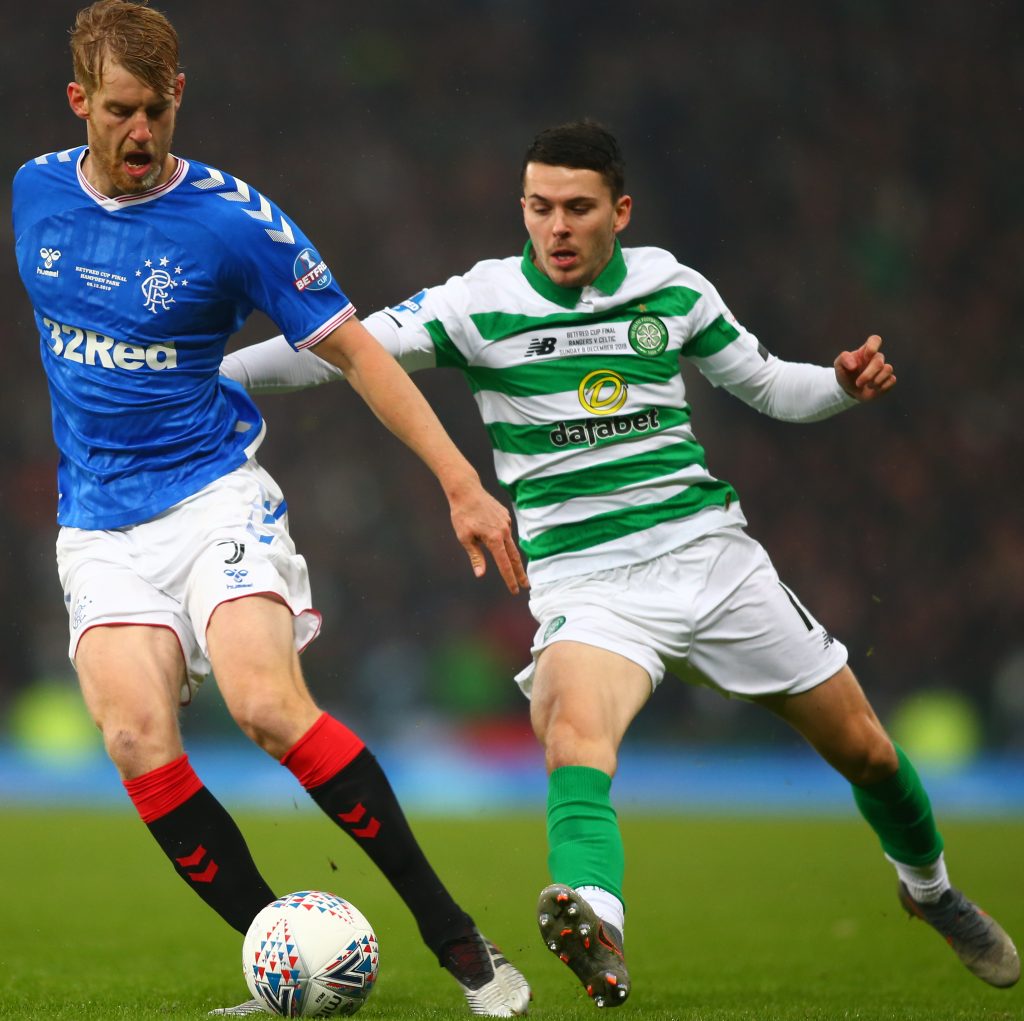 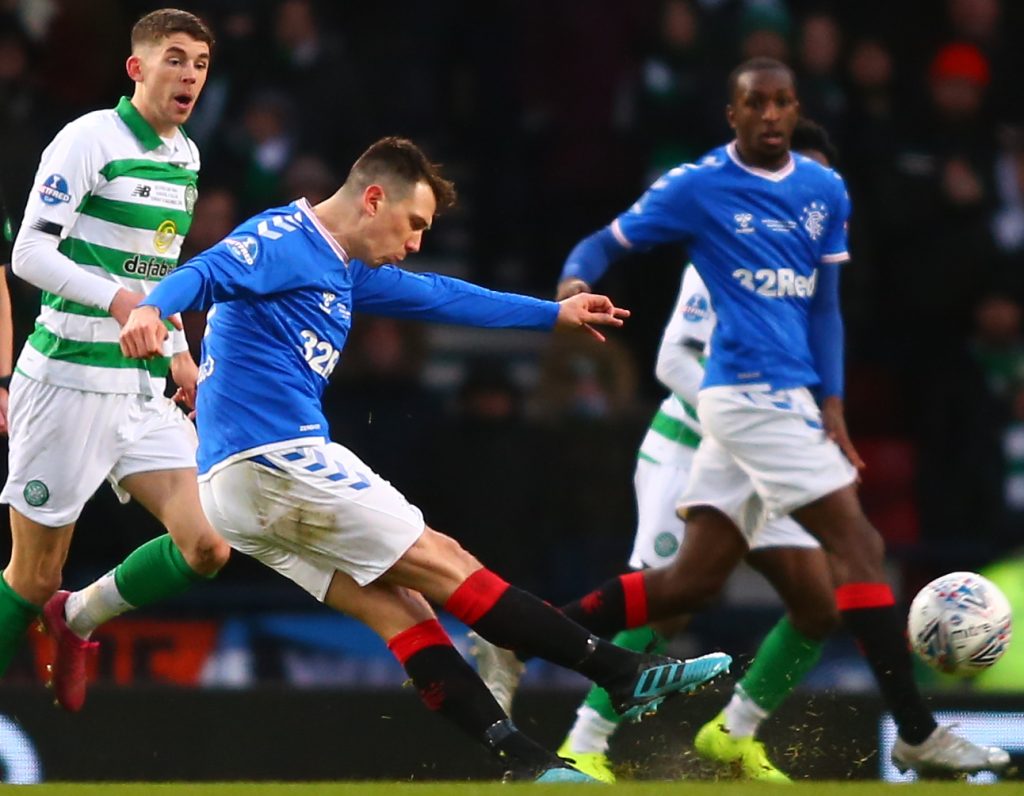 WALLOP…Ryan Jack thumps in a vicious drive that was brilliantly saved by Fraser Forster. 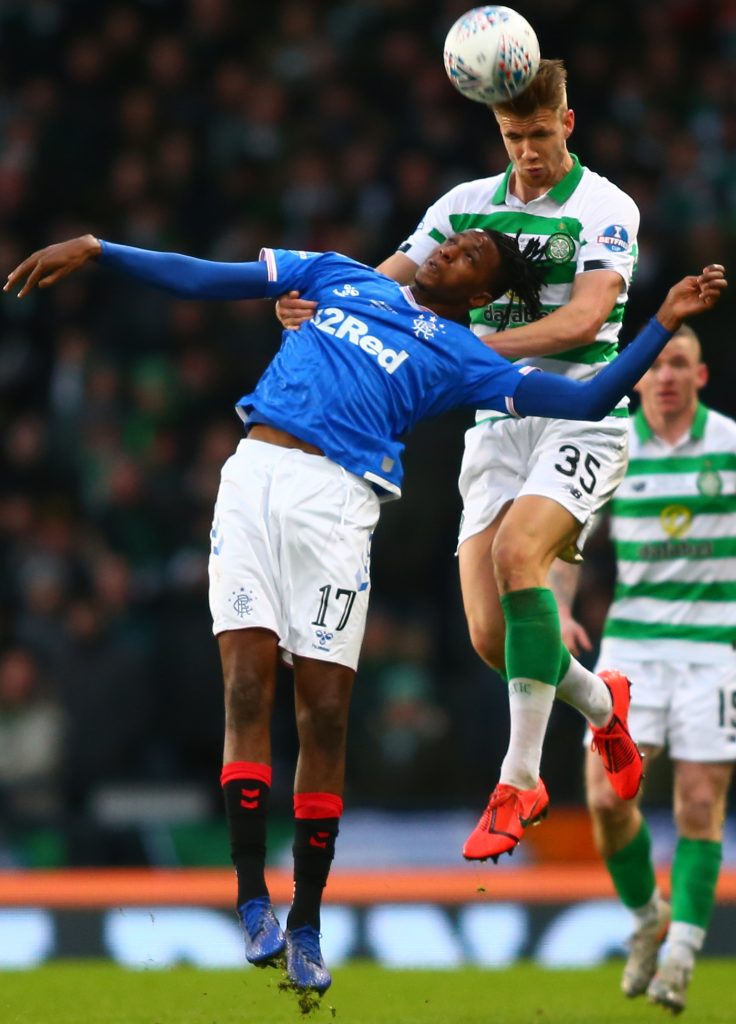 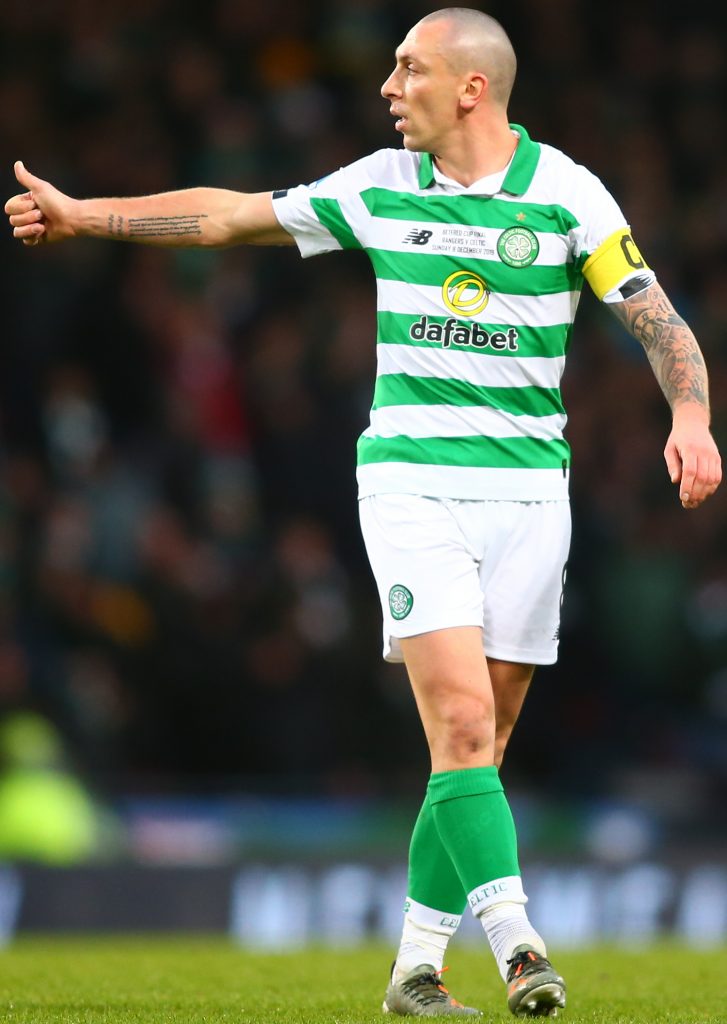 THUMBS UP…Scott Brown signals everything is under control. 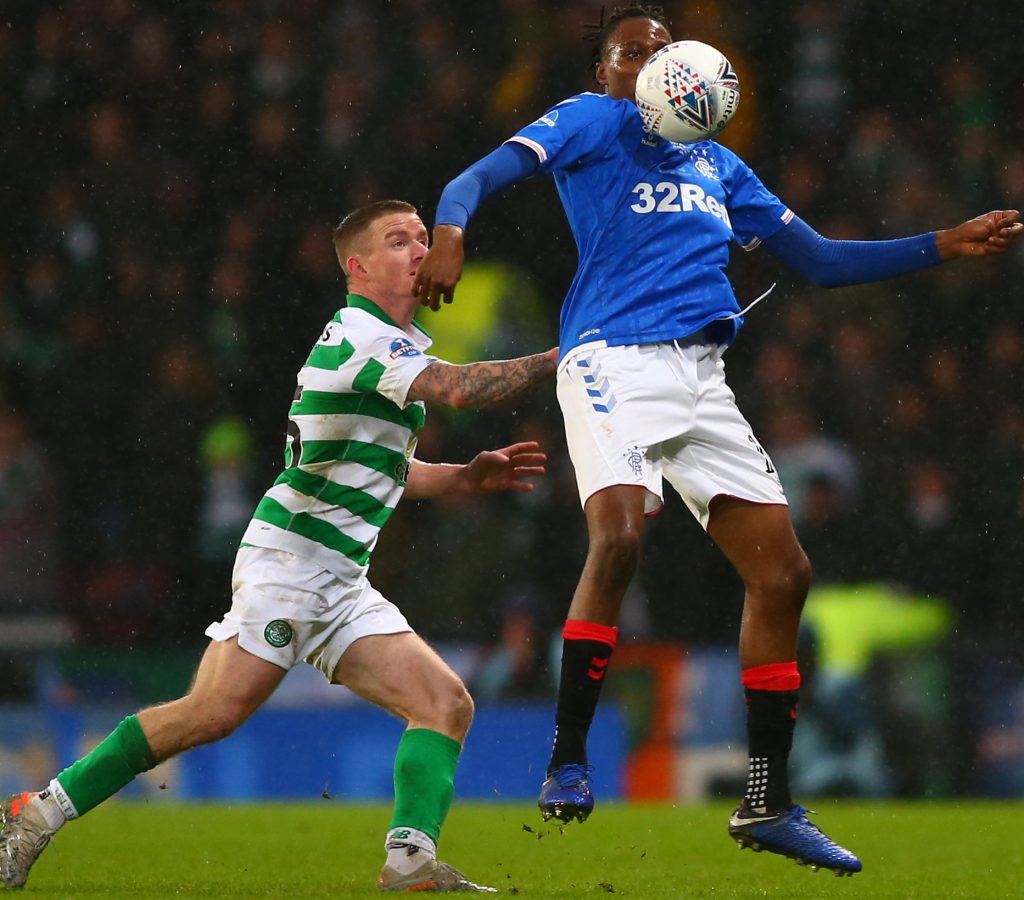 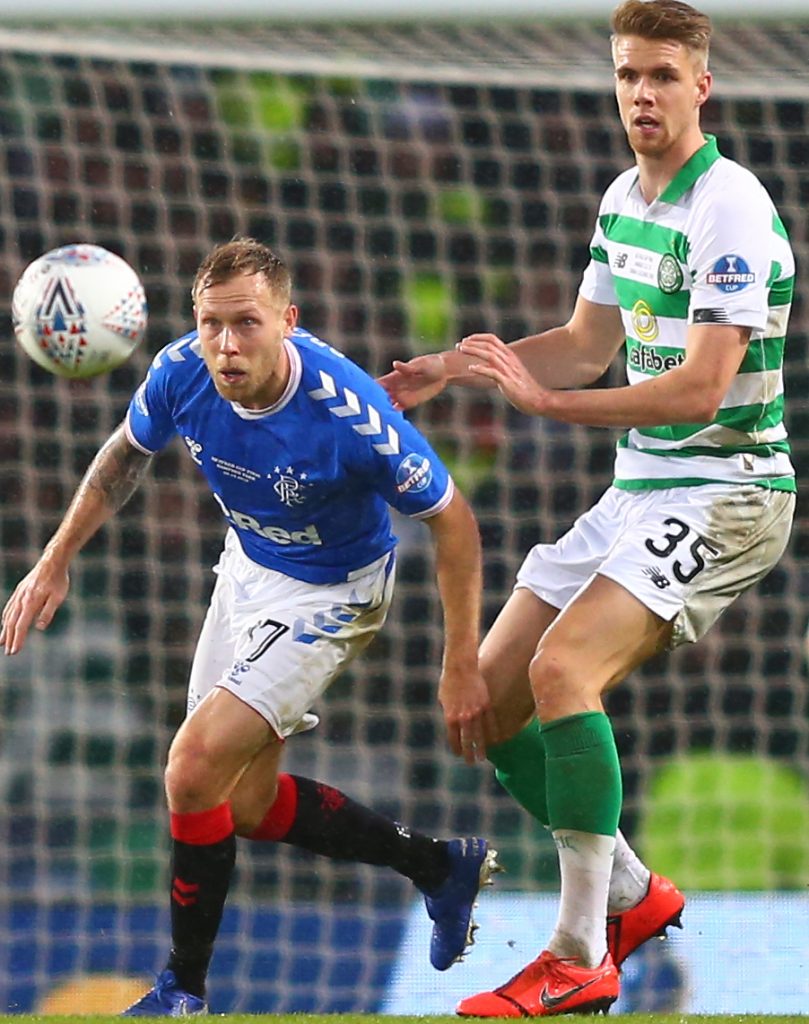 EYES ON THE BALL…Kristoffer Ajer and Scott Arfield battle for the ball. 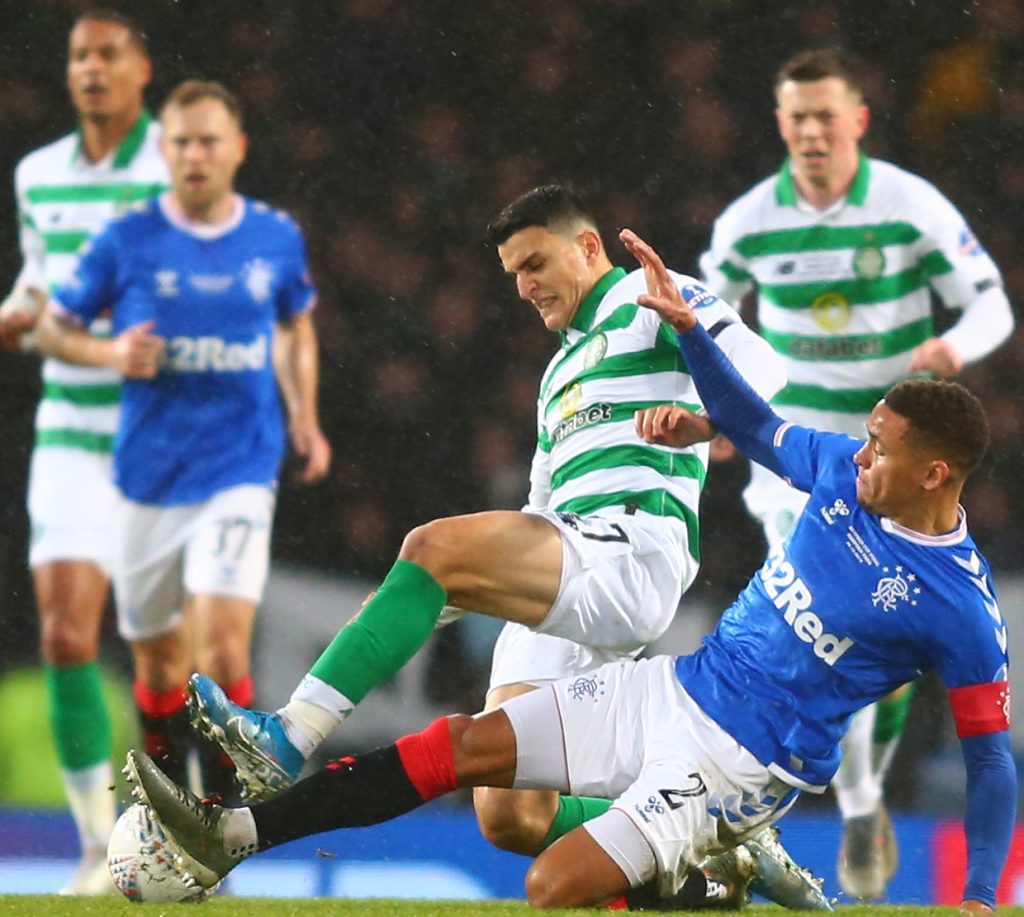 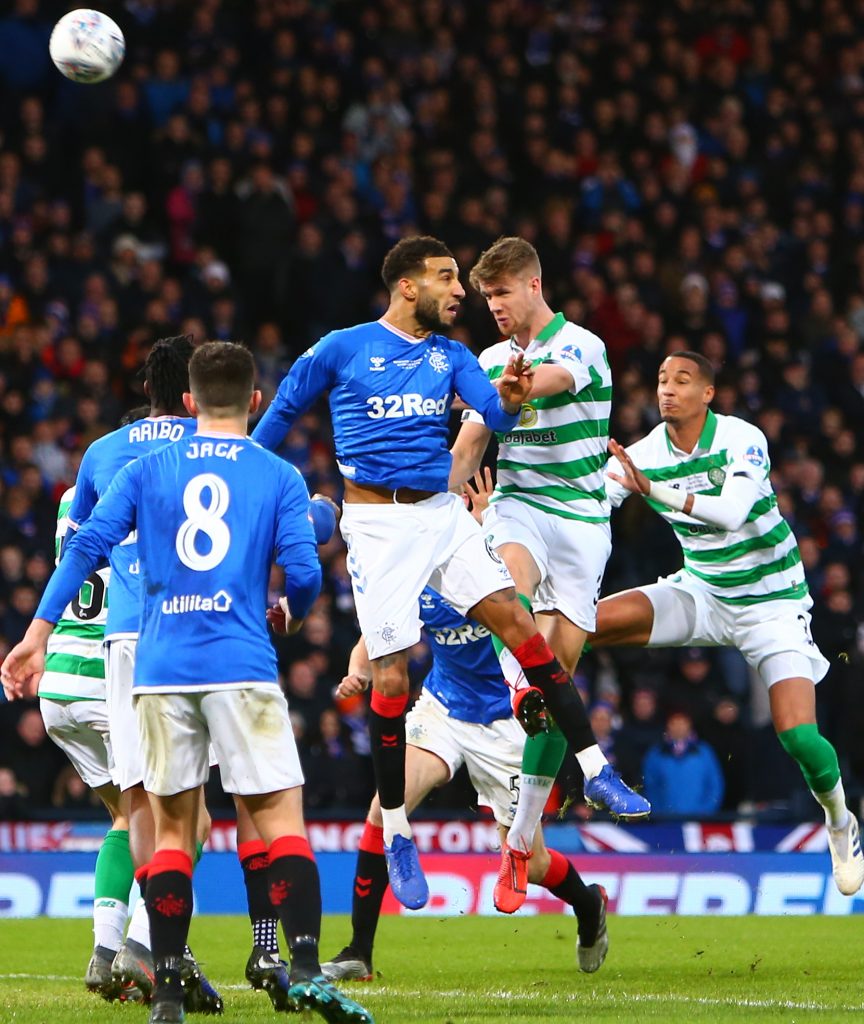 RISE AND SHINE…Kristoffer Ajer leaps to clear from Connor Goldson. 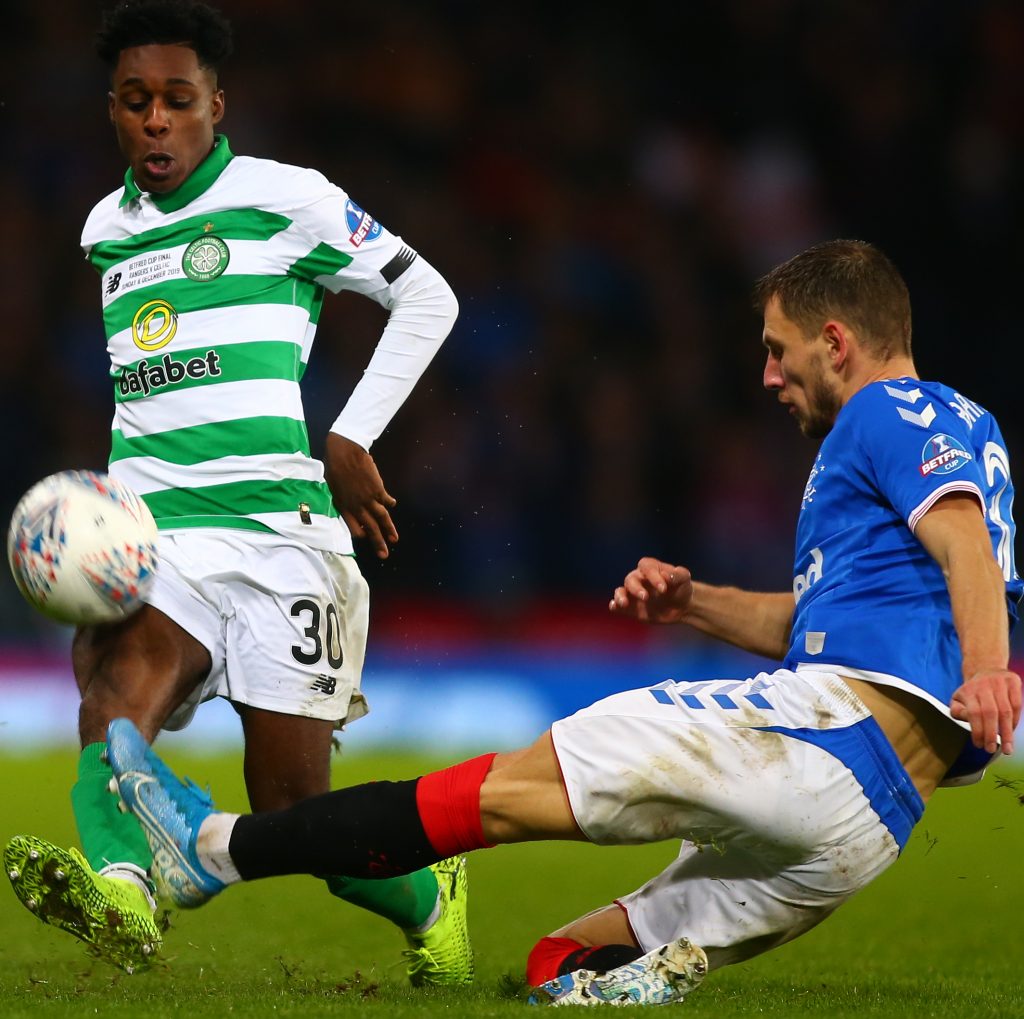 ON THE RUN…Jeremie Frimpong is challenged by Borna Barisic. 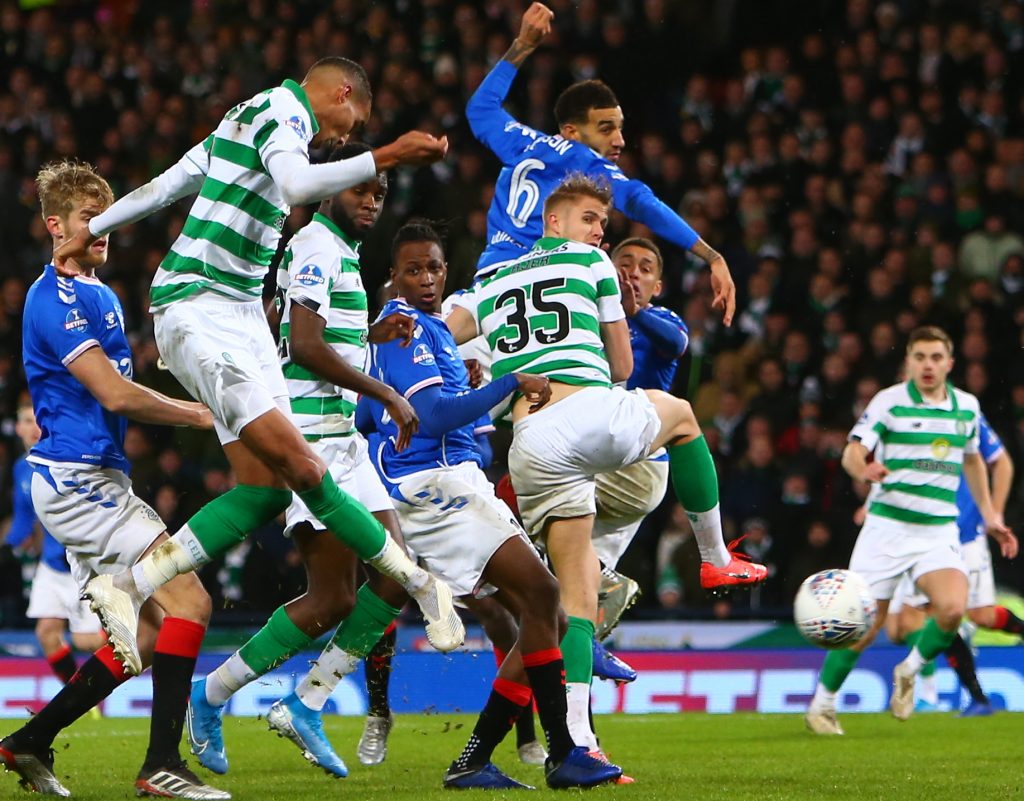 GOLDEN BHOY…Christopher Jullien slams in the winner with Kristoffer Ajer in support. 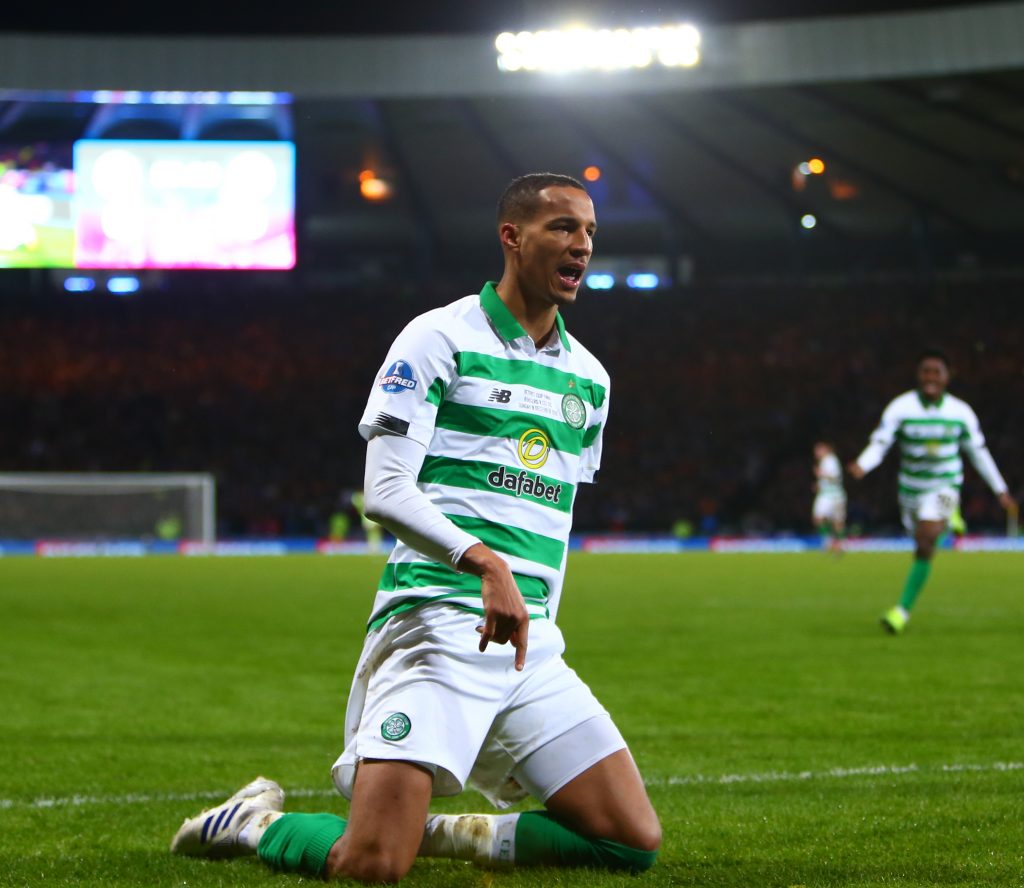 KNEESY DOES IT…Christopher Jullien hits the turf with Jeremie Frimpong racing to join in the celebrations. 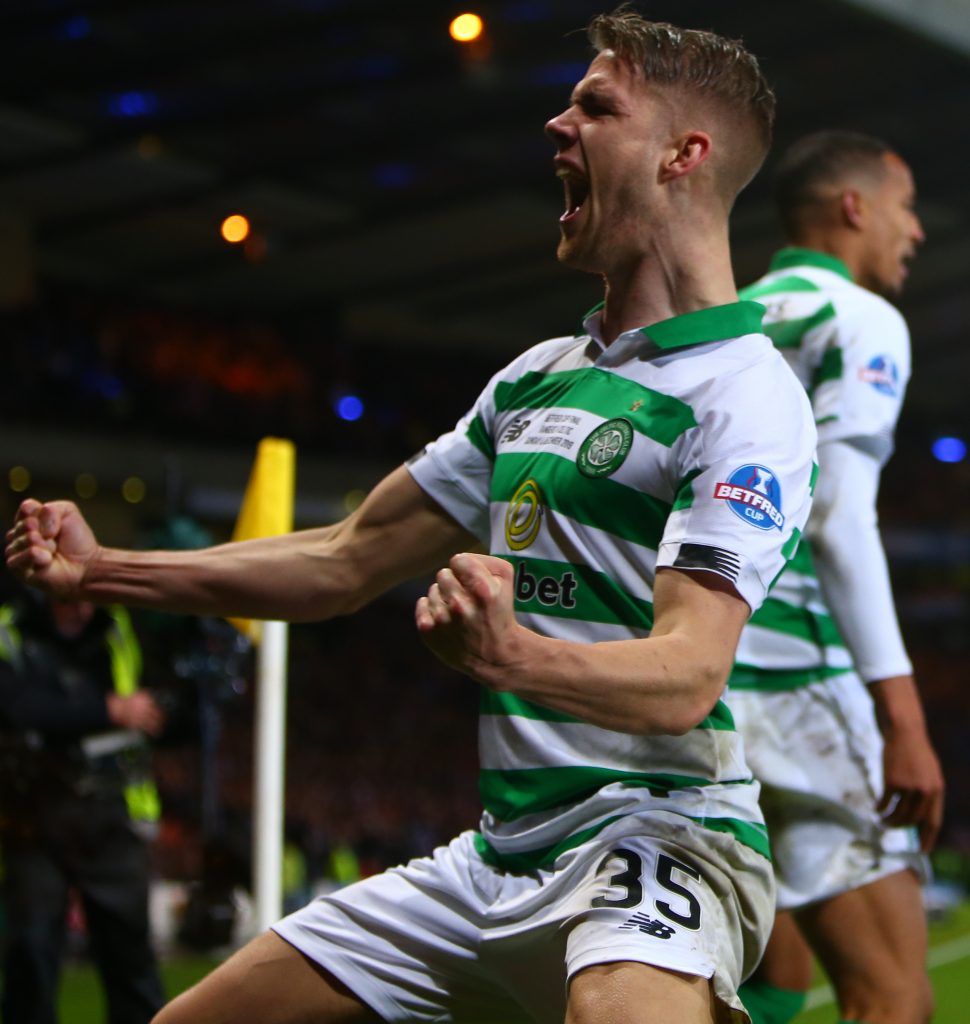 IN WITH A SHOUT…Kristoffer Ajer shows his unrestrained delight after the matchwinner. 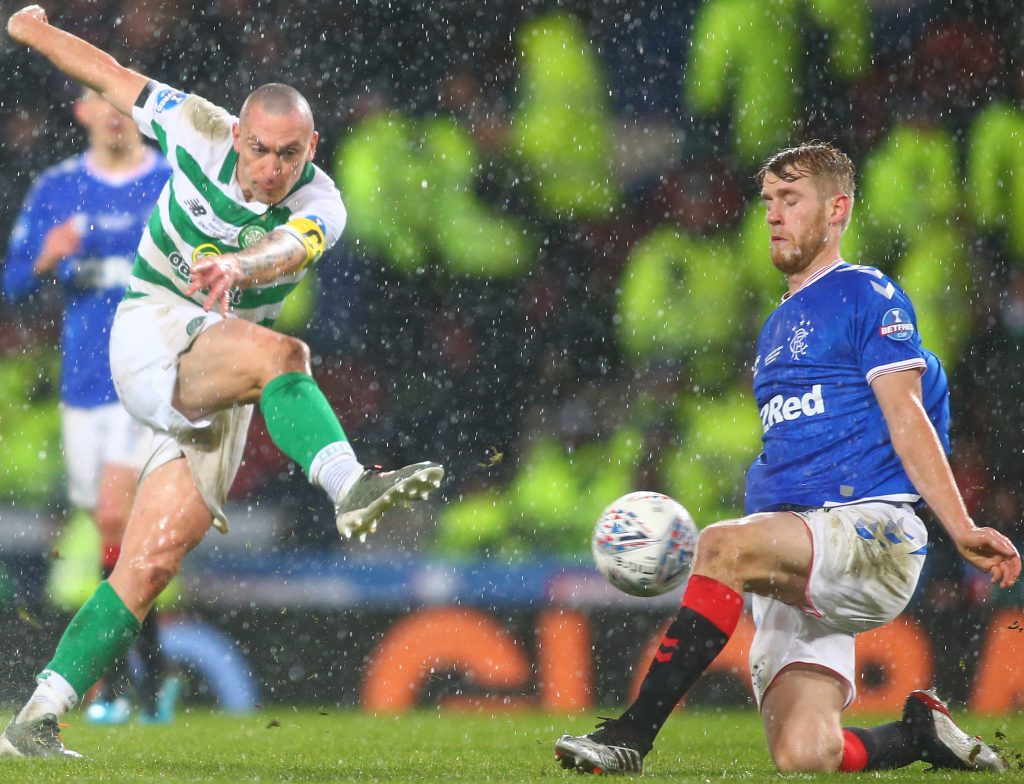 WHAM…Scott Brown slams in a shot as Filip Helander tries to intercept. 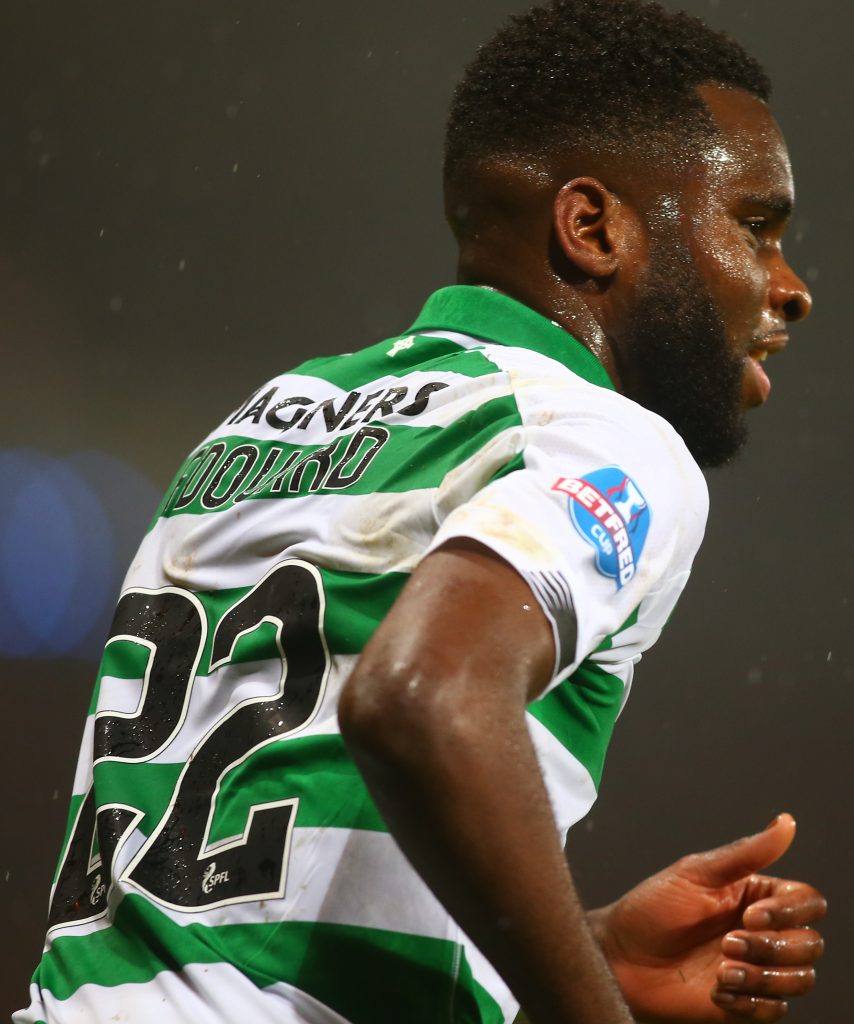 SUPER SUB…Odsonne Edouard helped turn the game around when he came on in the 59th minute. 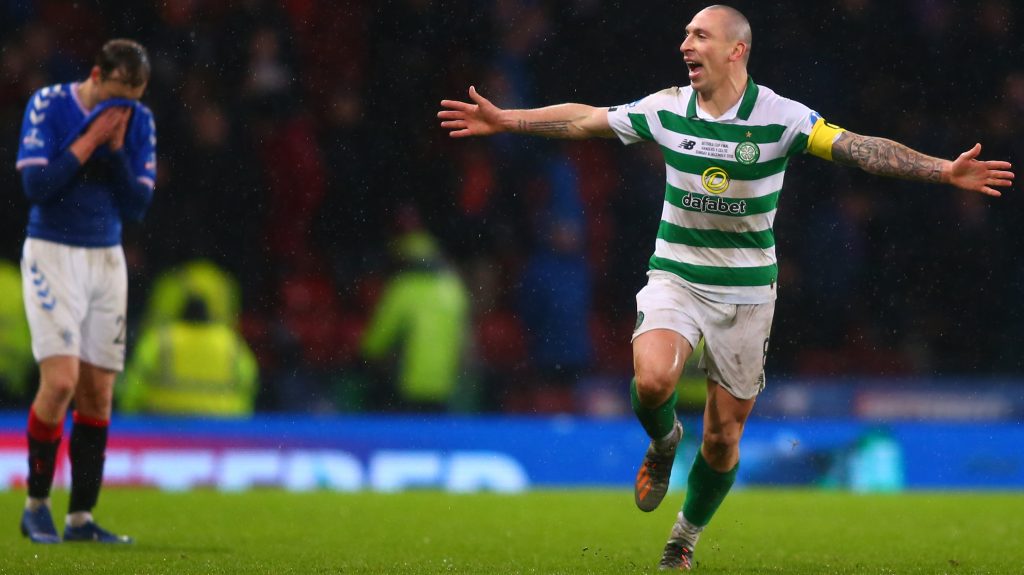 JOY BHOY…Scott Brown shows his delight at the final whistle. 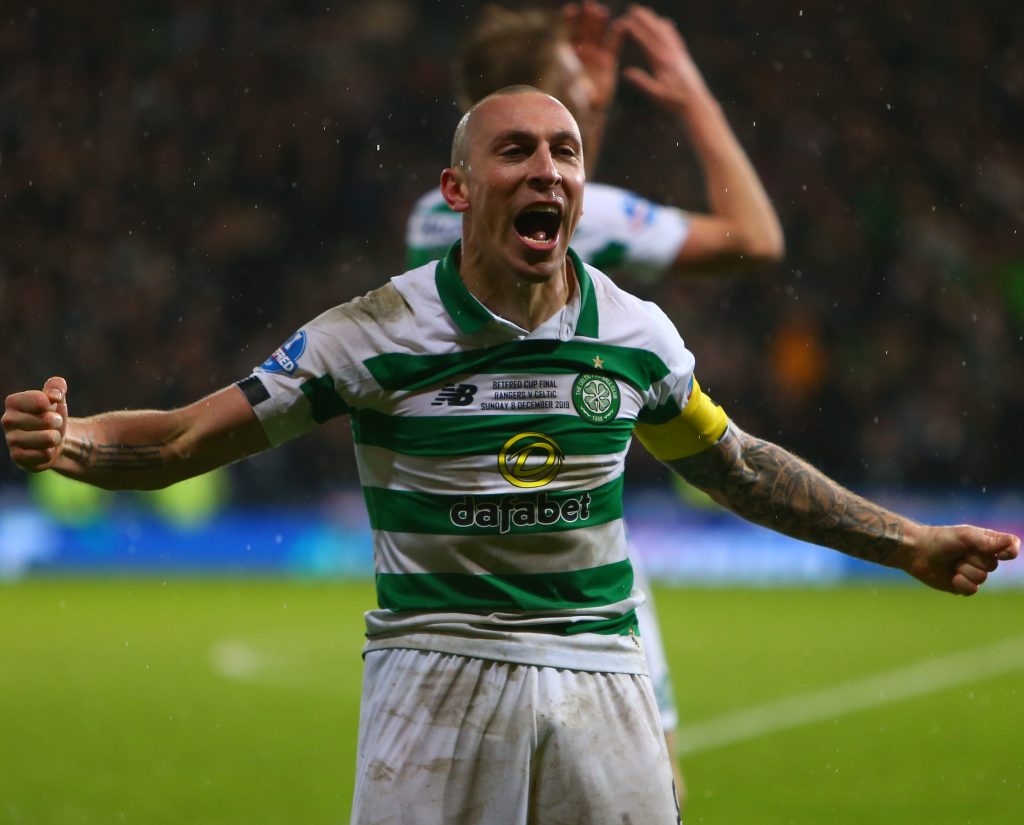 HAUL OF FAME…Scott Brown is clearly happy after leading Celtic to a tenth successive domestic honour. 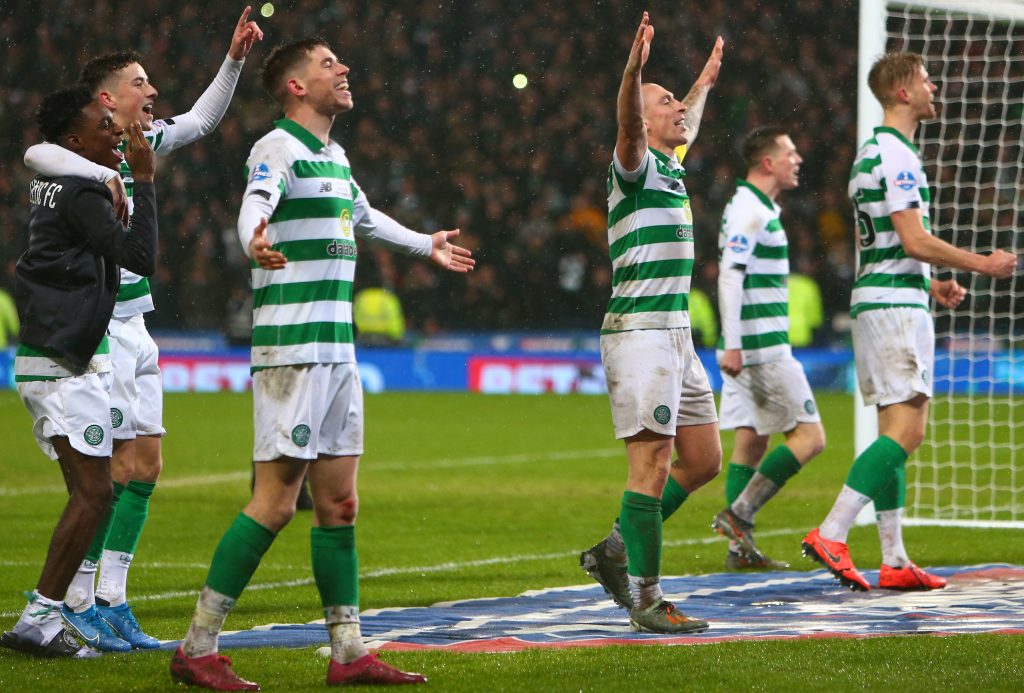 CHEERS…the Hoops players celebrate their latest success with the supporters. 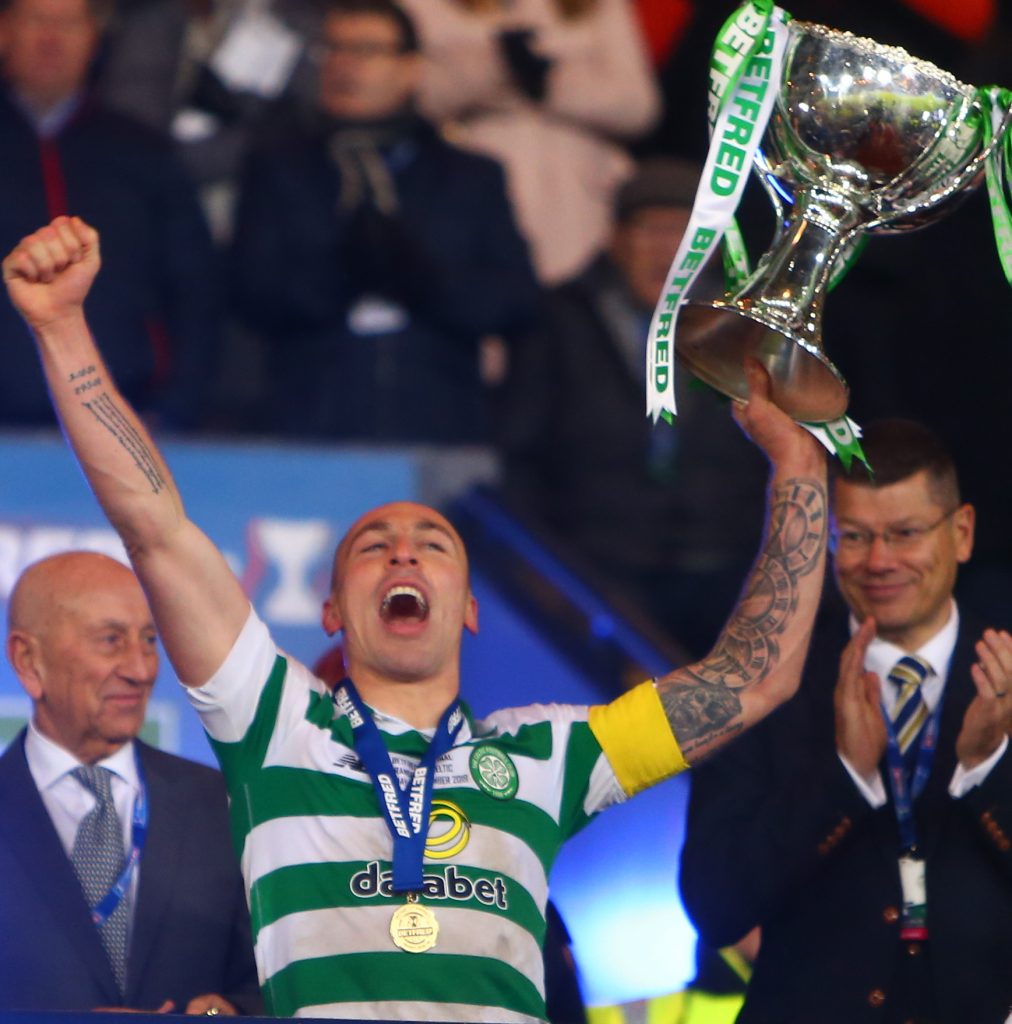 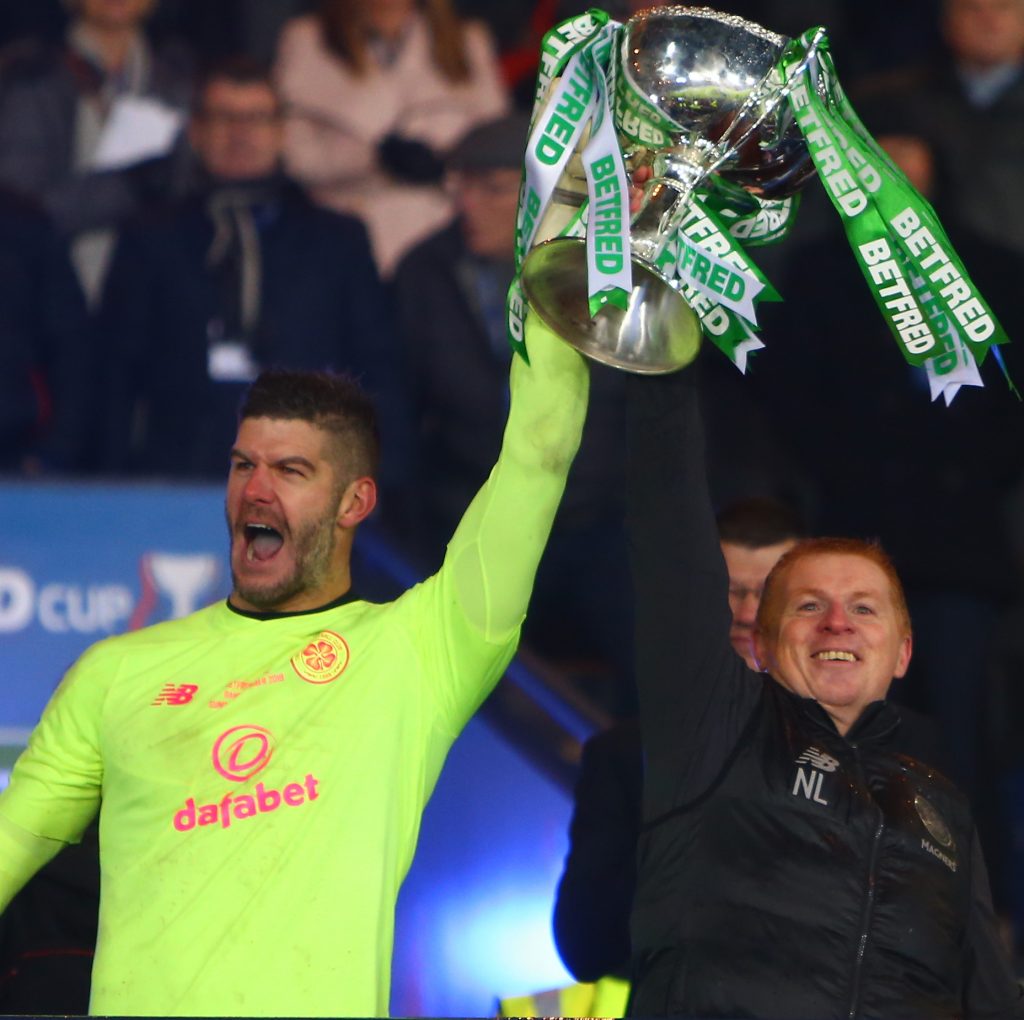 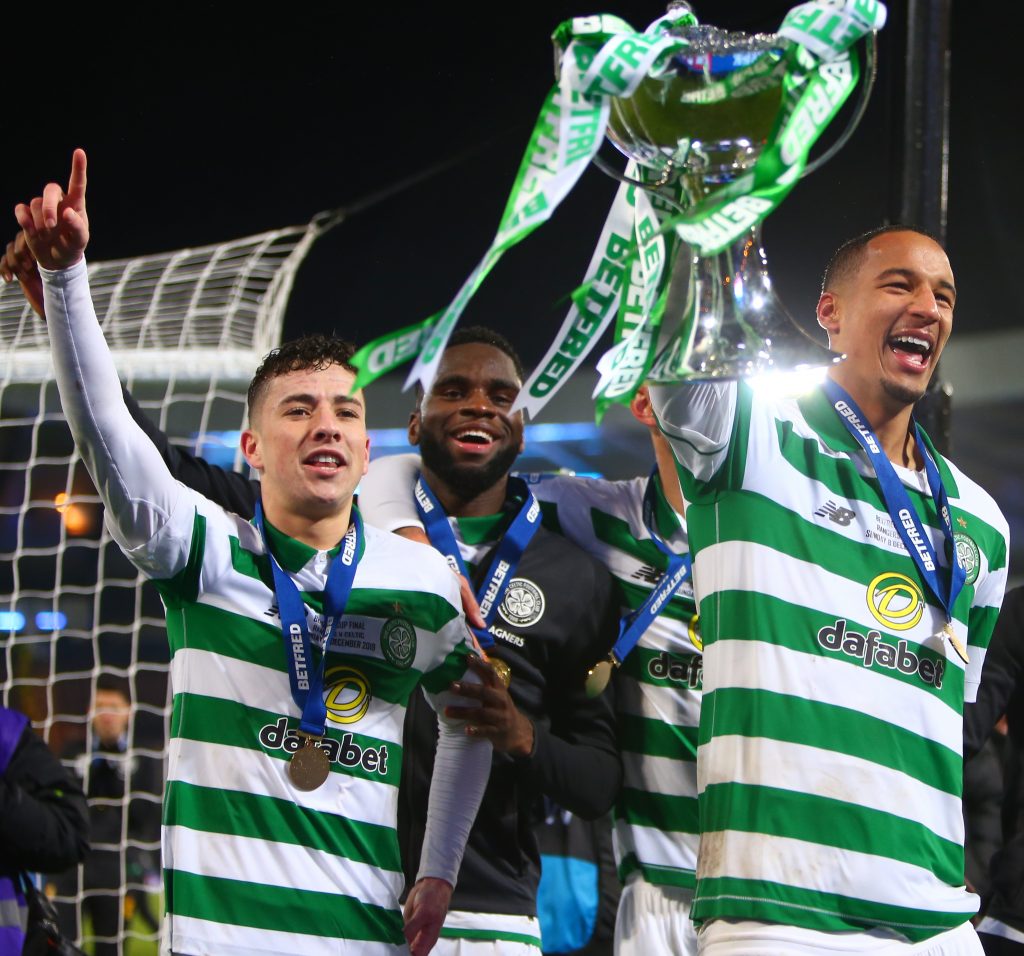 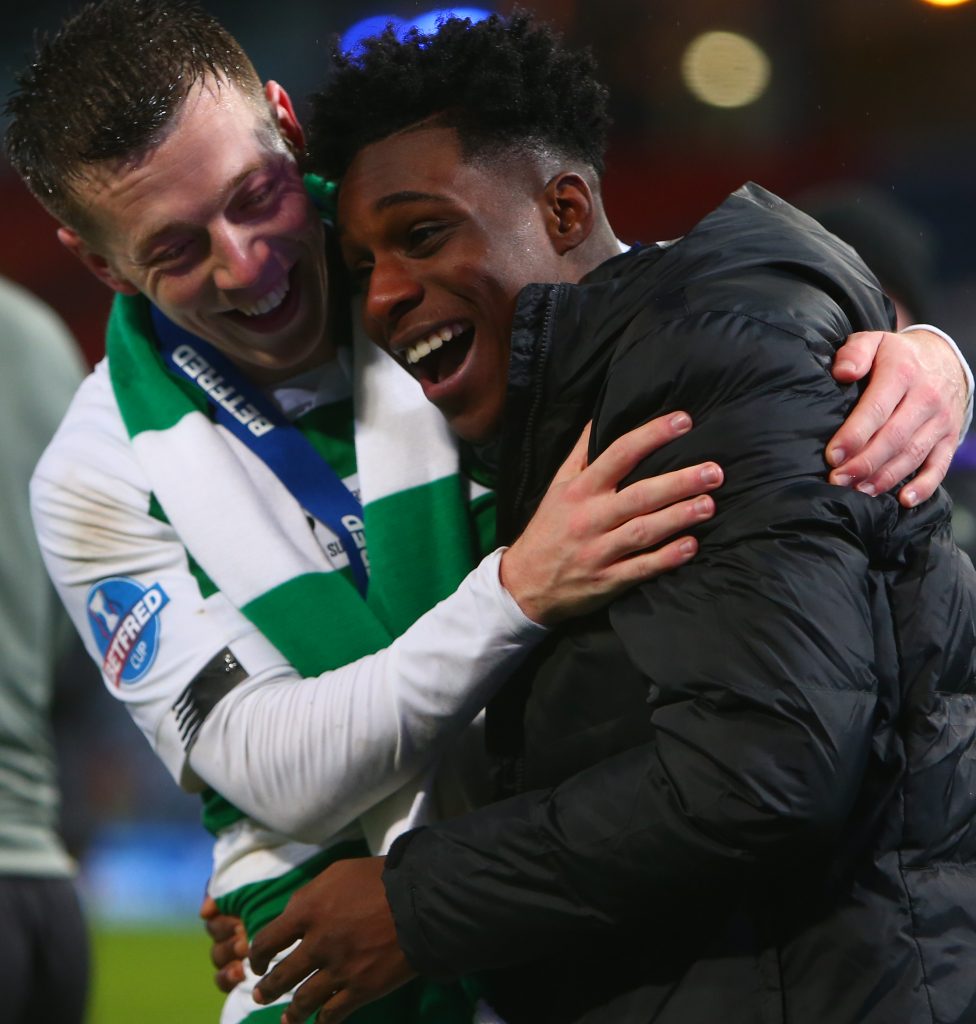 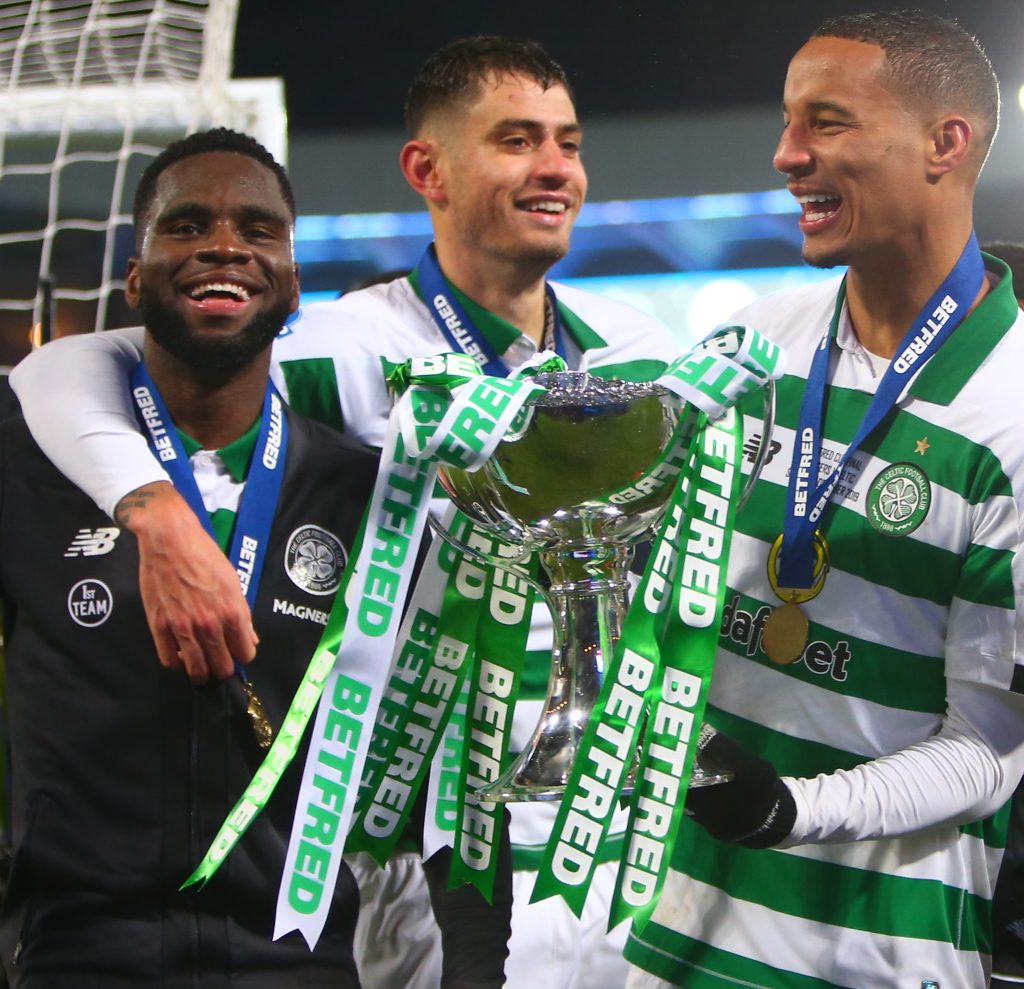 CUP THAT CHEERS…Odsonne Edouard, Nir Bitton and Christopher Jullien and the silverware. 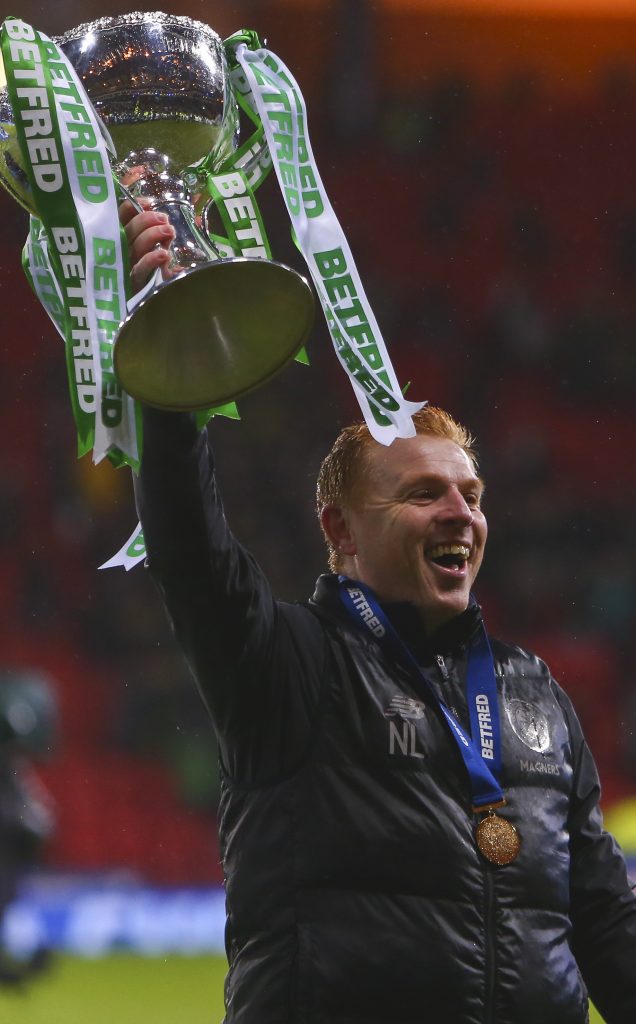 THREE IN A ROW…Neil Lennon with his hat-trick of honours since returning in February. 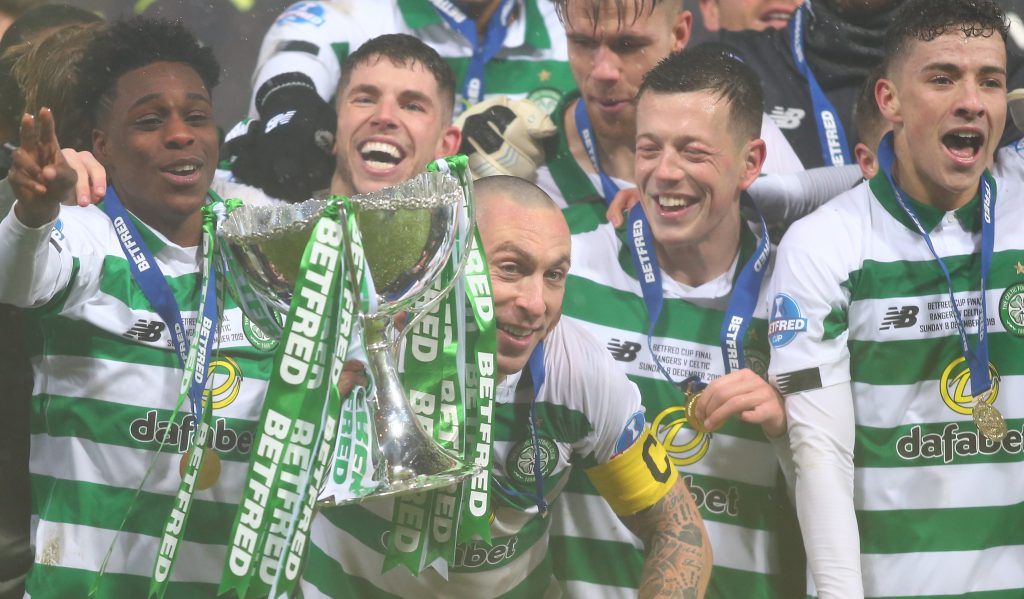 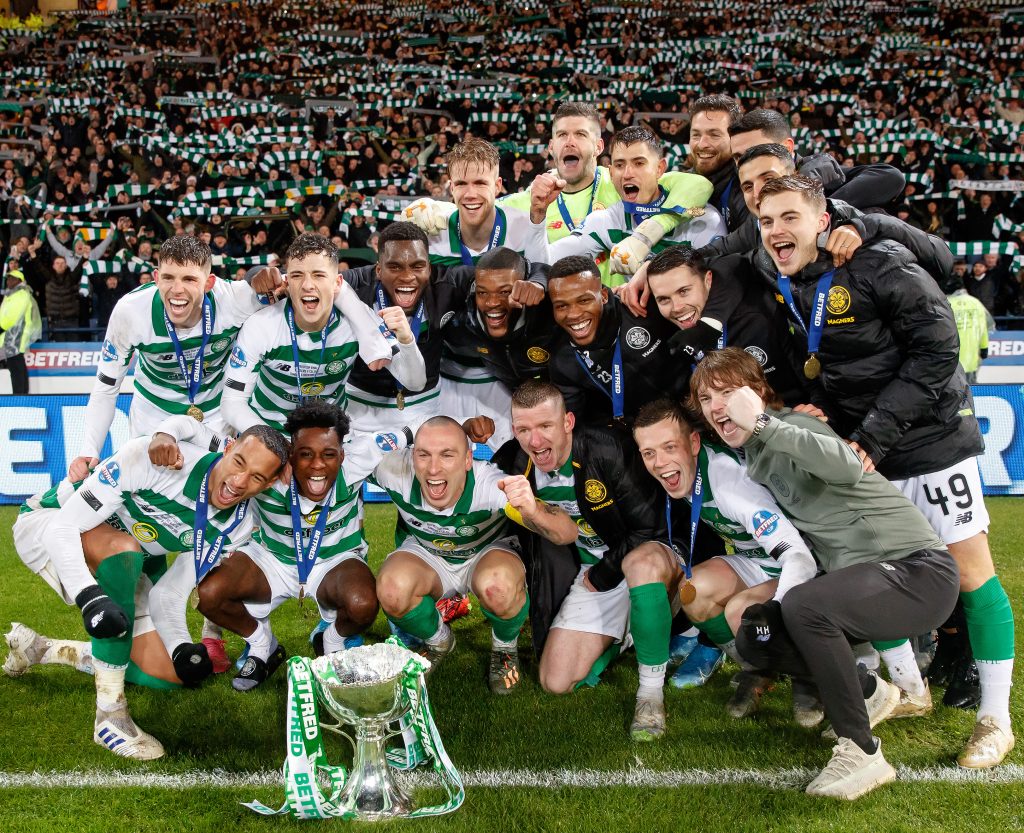 HAPPINESS IS…winning a tenth successive trophy. The triumphant Celts pose with the spoils of war.