REVENGE is a dish best served cold, so we are advised. It also goes down rather well with incessant rain in the east end of Glasgow.

A downpour failed to interrupt Celtic as they went about their business of showing Champions League conquerors Cluj who were the real masters during their Europa League Group E confrontation at a damp Parkhead last night.

In the 20th minute, the wonderful Odsonne Edouard added some French relish to proceedings as he rose to head in a superb left-wing cross from Boli Bolingoli to get the show on the road.

The hard-working Mohamed Elyounoussi claimed the second with a drive following a cutback from James Forrest that took a deflection off a Romanian defender before the ball hurtled low beyond the stranded keeper. Own goal? Try taking his first Hoops strike from the Norwegian international!

It was another memorable evening under the floodlights at Celtic Park as Neil Lennon’s side swept to the pinnacle of their section.

Next up are Serie A Lazio on October 24. We can only hope this duel will be just as appetising as the one served up to delighted supporters last night.

CQN‘s ace lensmen were there to capture the action. Here is a pick of the pics. 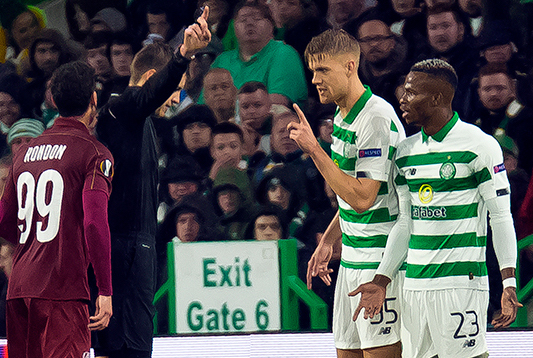 MAKING A POINT…Kristoffer Ajer and Boli Bolingoli look a tad puzled at a decision by German referee Daniel Siebert. 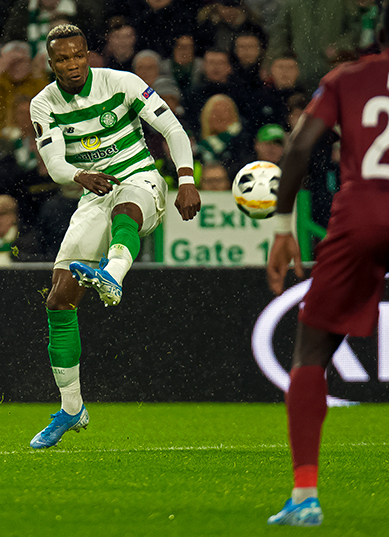 BY THE LEFT…the impressive Boli Bolingoli fires over a cross. 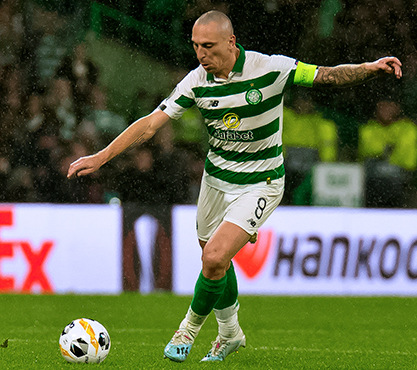 BY THE RIGHT…Scott Brown prepares to make another accurate pass. 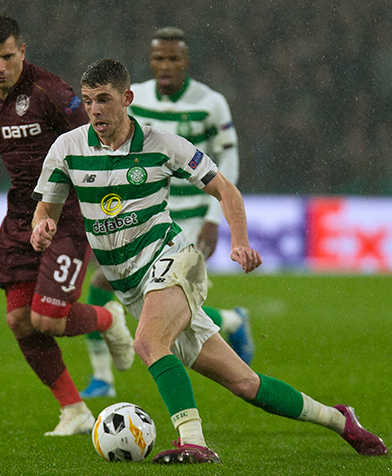 ON THE RUN…the non-stop Ryan Christie in perpetual motion. 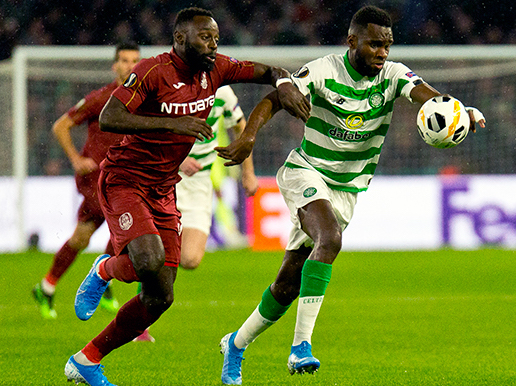 EYES ON THE BALL…Odsonne Edouard tussles with a defender. 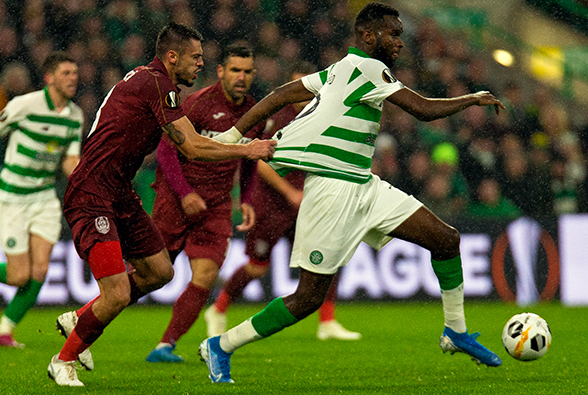 GETTING SHIRTY…a Romanian finds a novel way to try to stop Edouard. 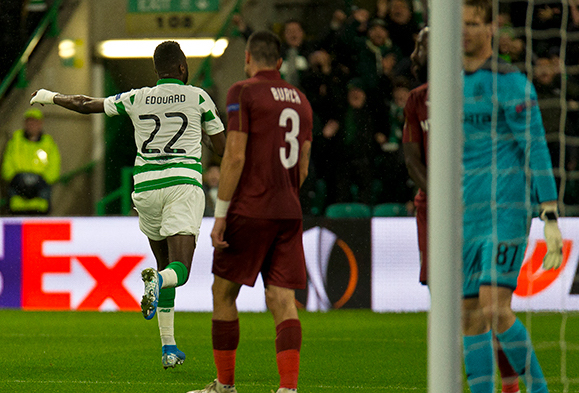 CHEERS…Edouard races away after leaving the Cluj defence in tatters at the first goal. 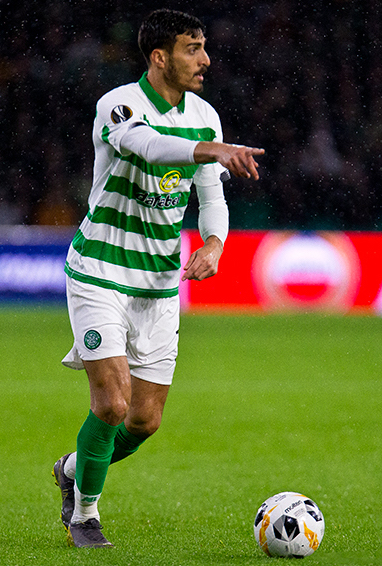 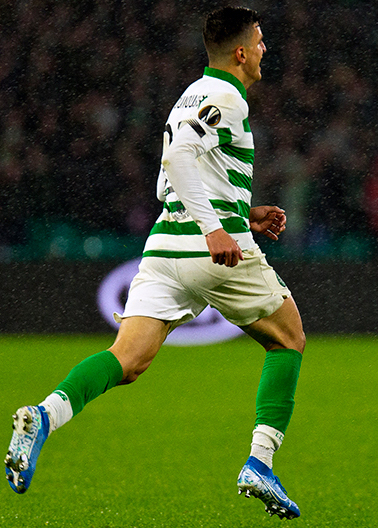 BHOY RACER…Mohamed Elyounoussi speeds away after notching the second goal. 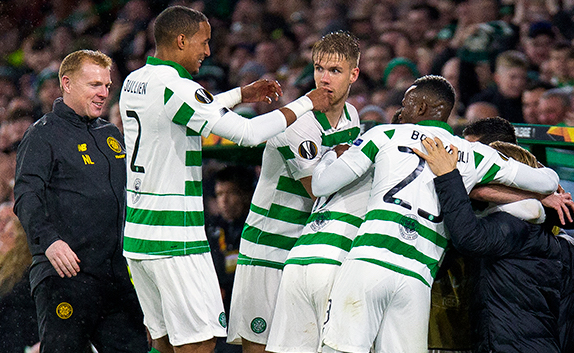 BHOYS ZONE…Elyounoussi celebrates with boss Neil Lennon and his team-mates. 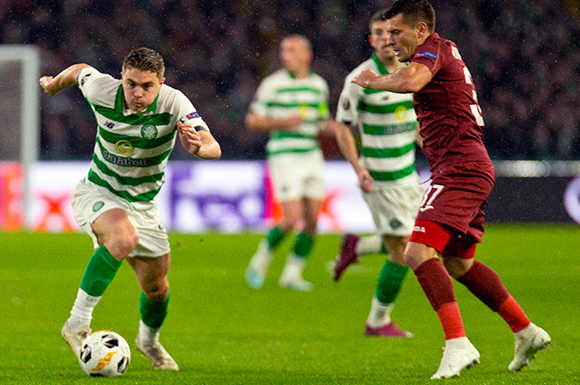 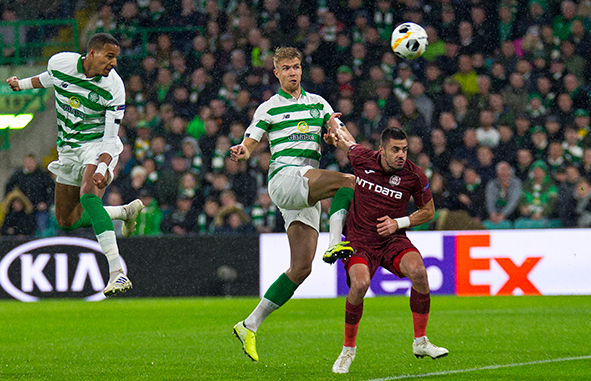 IN THE AIR…Christopher Jullien, aided by Kristoffer Ajer, piles the pressure on Cluj. 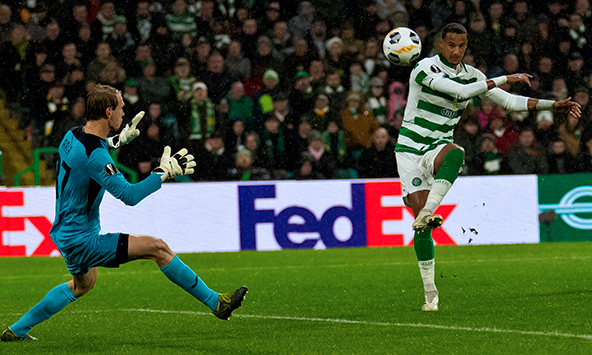 ON THE GROUND…Jullien fires over the bar – thankfully, the Frenchman was offside. 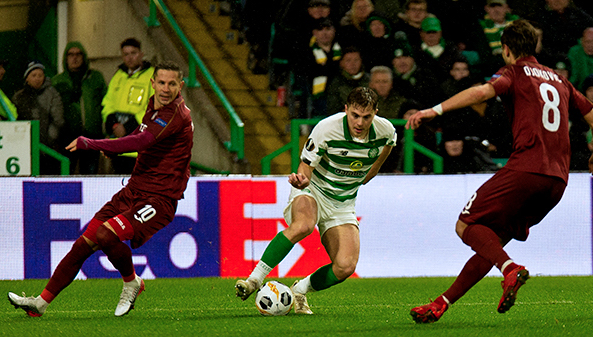 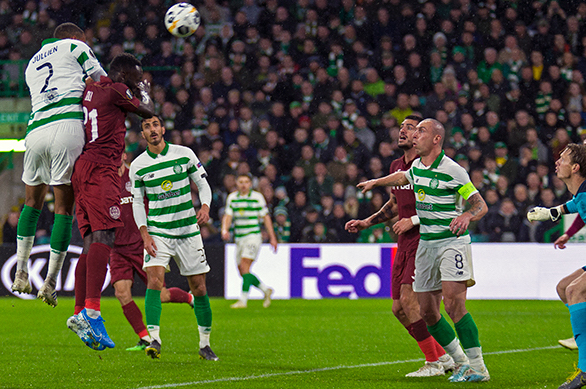 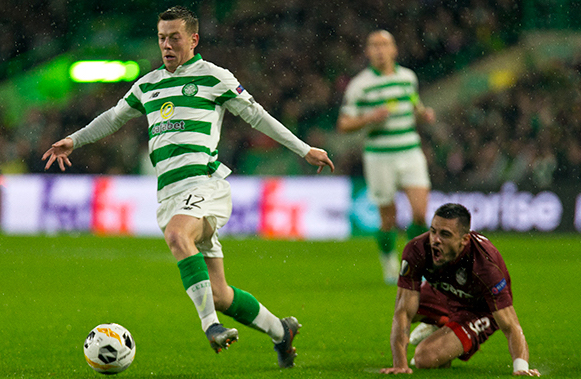 GROUNDED…Callum McGregor races away from a beaten opponent.