Celtic sidestepped the FK Sarajevo banana skin to win home and away against the rugged Bosnian opponents to book their place in the second qualifying round with Estonia’s title winners arriving in Glasgow on Wednesday for the first leg.

Neil Lennon’s men did the hard work last week when they triumphed 3-1 away from home after gifting the hosts the opening goal. However, a thunderous strike from Mikey Johnston levelled before the interval and Odsonne Edouard, with a typical mesmerising run finished with devastating accuracy, put the Hoops ahead and Scott Sinclair added the gloss with a cheeky back-heel for the third goal in the fading moments.

Hajduk took to the Parkhead pitch in the realisation they would have to win by three clear goals to achieve a place in the next roun. The mountain took on Everest proportions when Ryan Christie scooped in a first-half opener and, despite a consolation from Benjamin Tatar, Callum McGregor made certain of another night of European celebration in the east end of Glasgow.

CQN‘s ace team of photographers were there to capture the action. Here is the pick of the pics. 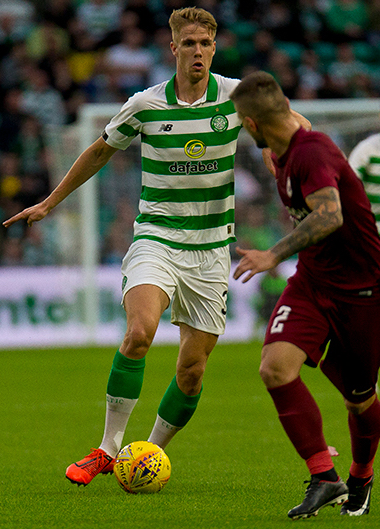 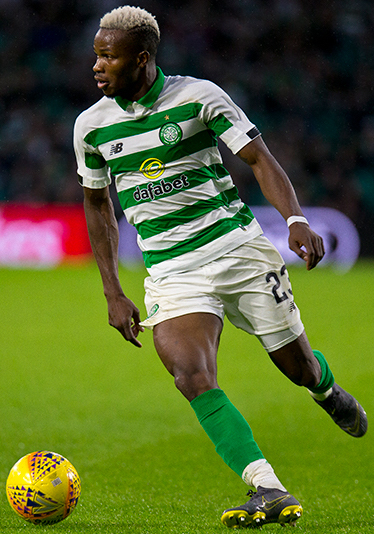 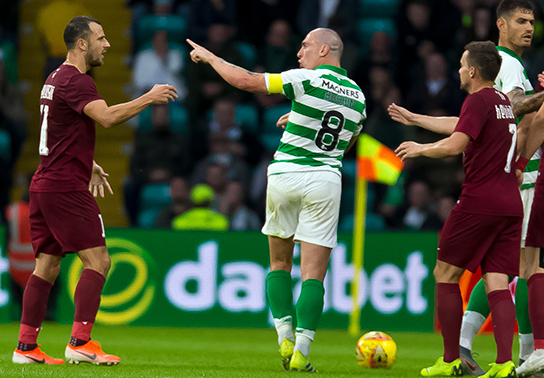 MAKING A POINT…Scott Brown has something to say to a Bosnian opponent. 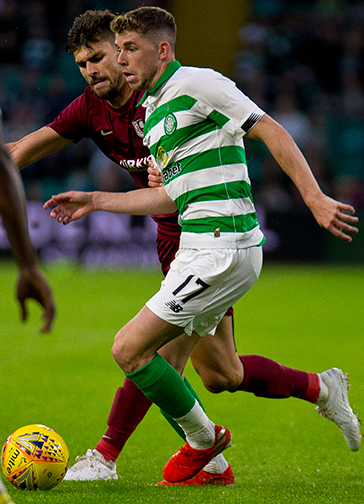 ON THE RUN…Ryan Christie piles on the pressure. 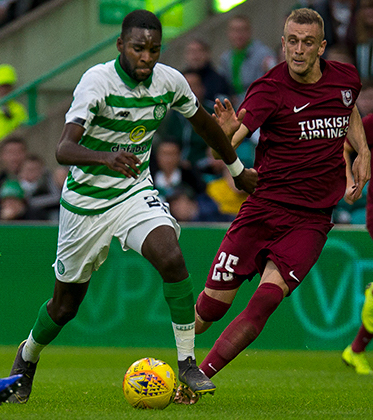 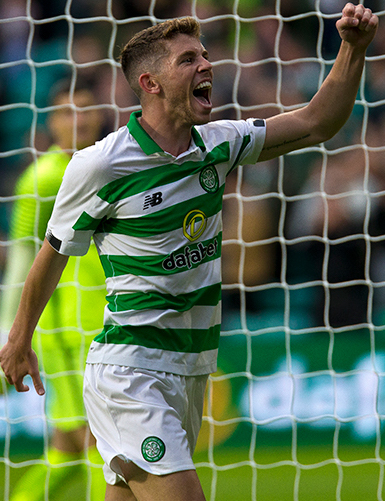 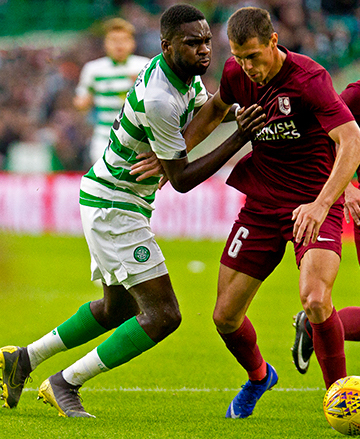 PUSH OFF…Odsonne Edouard gets up close and personal with a Sarajevo defender. 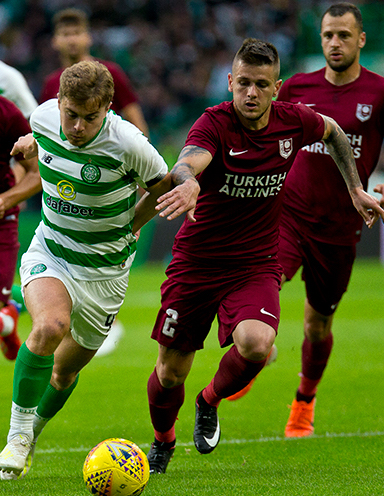 WORKING A FLANKER…James Forrest displays his trickery and pace. 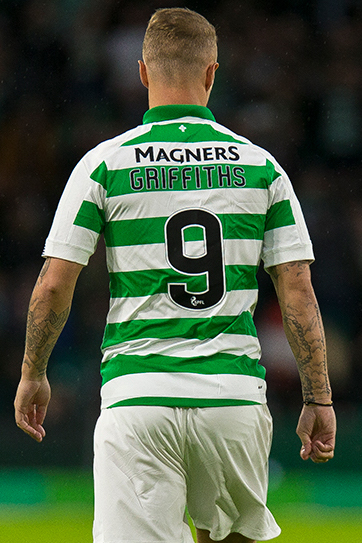 GRIFF’S BACK…Leigh Griffiths made a welsome cameo appearance for his first competitive outing in 2019. 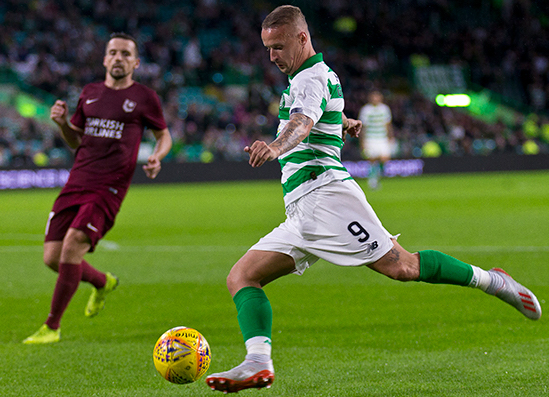 BY THE LEFT…Leigh Griffiths lines up a shot. 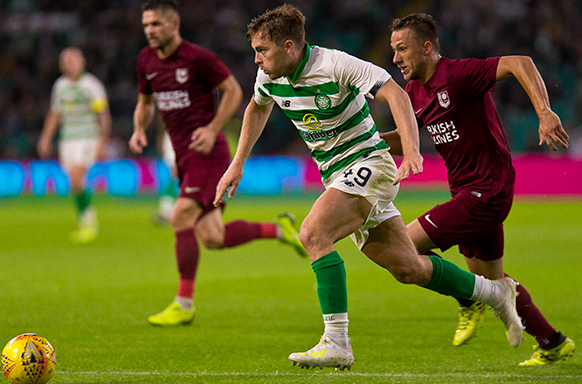 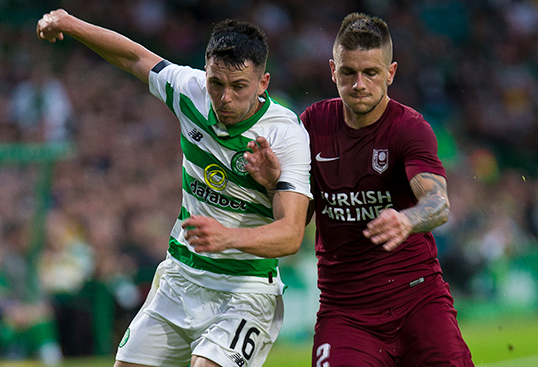 THE OLD HEAVE-HO…Lewis Morgan tussles with a defender for possession. 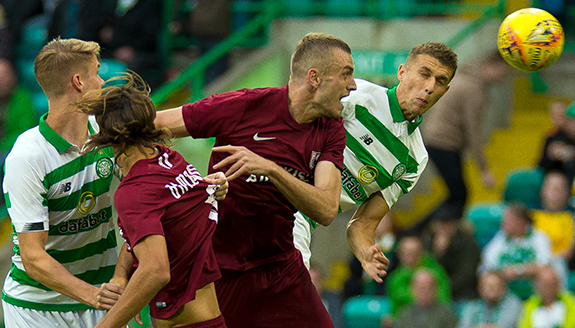 AIR RAID…Jozo Simunovic is out of luck with a header. 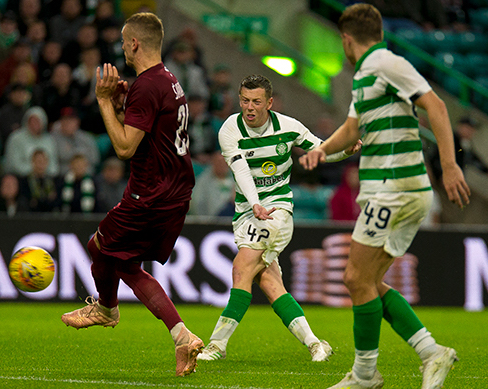 THE WINNER…Callum McGregor makes perfect contact with his left foot to drive in the second goal. 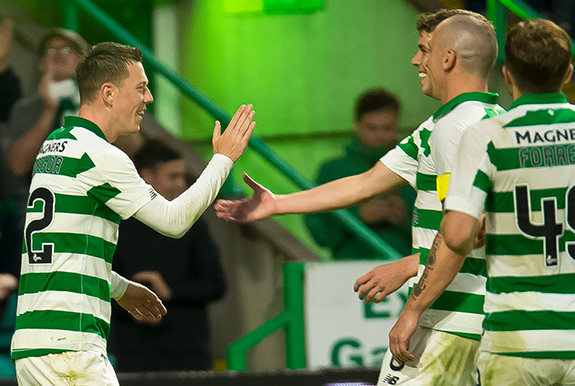